One of the seven beloved disciples of Enslar,
Vella was the youngest and sole successor of the group.
Known as young Enslar since she was a child,
she was later affectionately christened "Venslar."
She dealt with the aftermath of the Kzarka summoning incident,
reinstated the Order of Valkyrie Knights,
and restored faith by purging Kzarka infiltrators within
the Elionian Church.

Venslar can switch between her Courage Stance and Endurance Stance using her inherent skill. Courage is the more offensive stance, while Endurance is defensive. Having these two stances give her skills a lot of strategic choices in battle. Usually with Courage Stance, she can deal immense damage in close range. However, in Endurance Stance, she can use ranged attacks, summon barriers, heal, or use skills to keep enemies away. Her attack speed is relatively slower than others, so it is important to anticipate and use her attacks at the right moment. 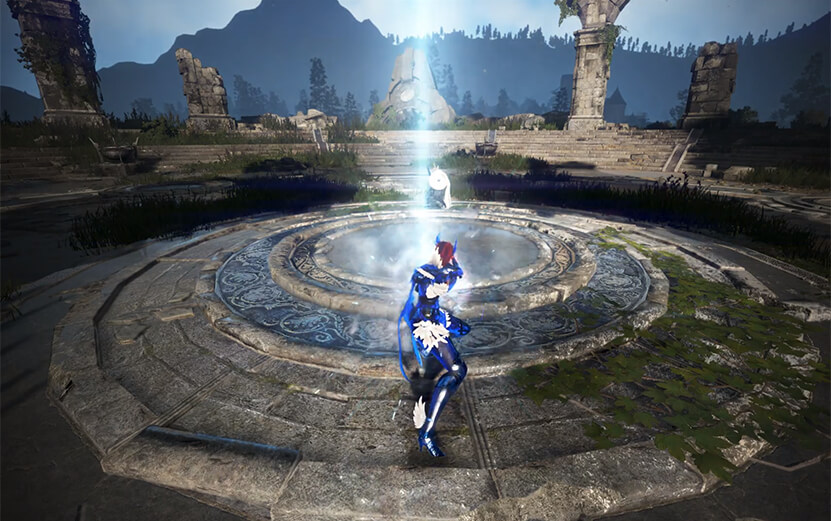 Courage Stance: Stays in an aggressive stance. She has faster attack and movement speed then she would in Endurance.
Endurance Stance: Blocks enemy attacks as long as there is enough durability on her shield. She will automatically switch over to Courage Stance once her shield durability runs out, or when you press RMB. 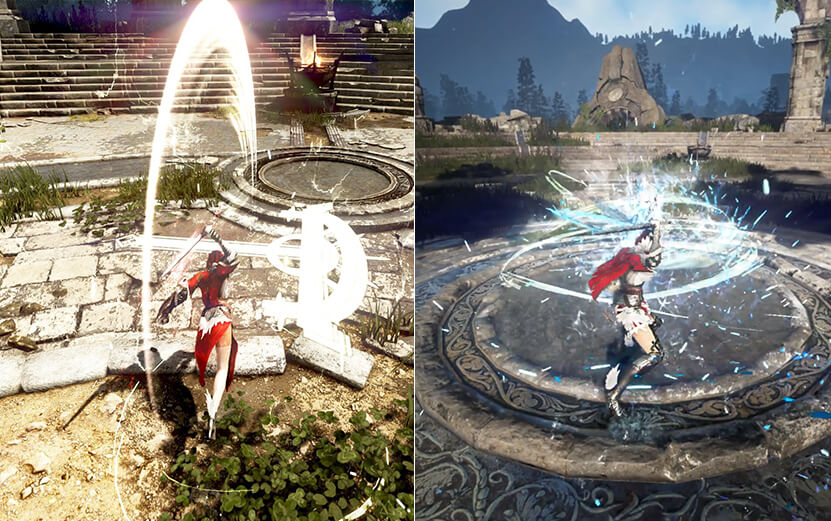 Courage Stance: Slams down on the ground and sends her opponents flying with blades from heaven. Hold LMB to use this skill up to 3 times.
Endurance Stance: Throws the shield and pushes enemies away. The shield can hit and push them away again while it returns to her as well. 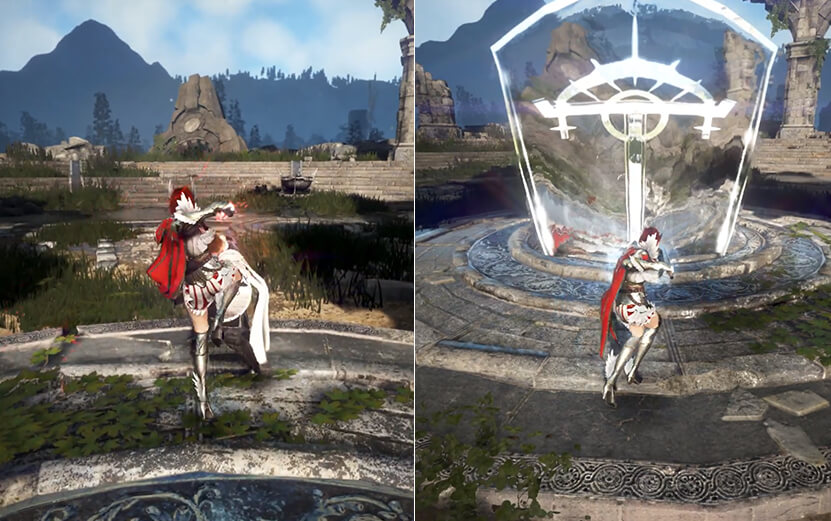 Courage Stance: Chases after an enemy then knocks them down by stabbing them.
Endurance Stance: Summons a gigantic barrier that blocks incoming attacks. 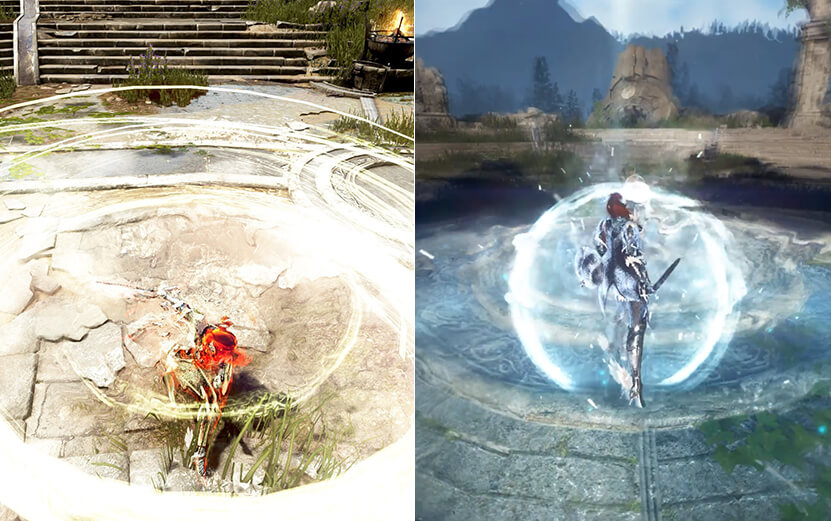 Courage Stance: Takes a big swing for a powerful slash. Enemies hit will be blown away.
Endurance Stance: Instantly heals herself and all allies nearby after finishing her cast. 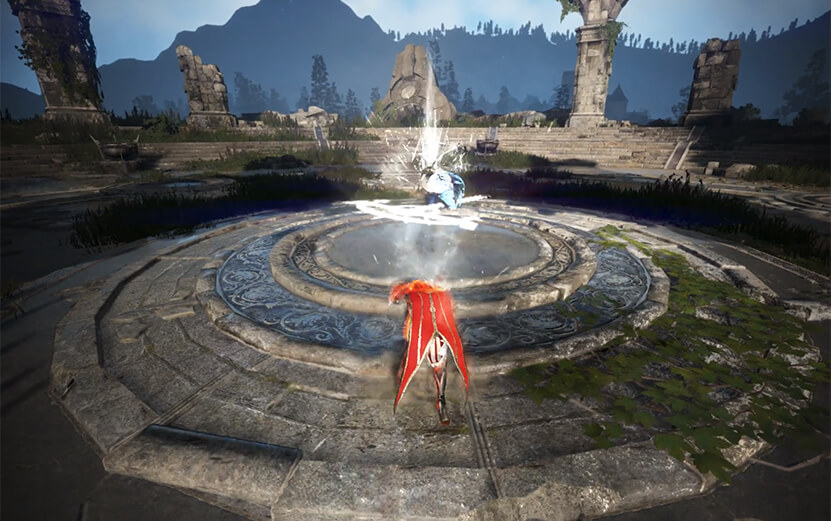 Want to know what the latest
tips and strategies are for your hero?