Here are the updates made to Shadow Arena during the maintenance on August 13, 2020 (Thu).

The Beta Season Round 2 which began on July 23rd will be coming to an end on August 20th. This time there will be a week of testing before the start of Round 3 on August 27th. The tier rewards for Round 2 will be based off the tiers on August 20th. 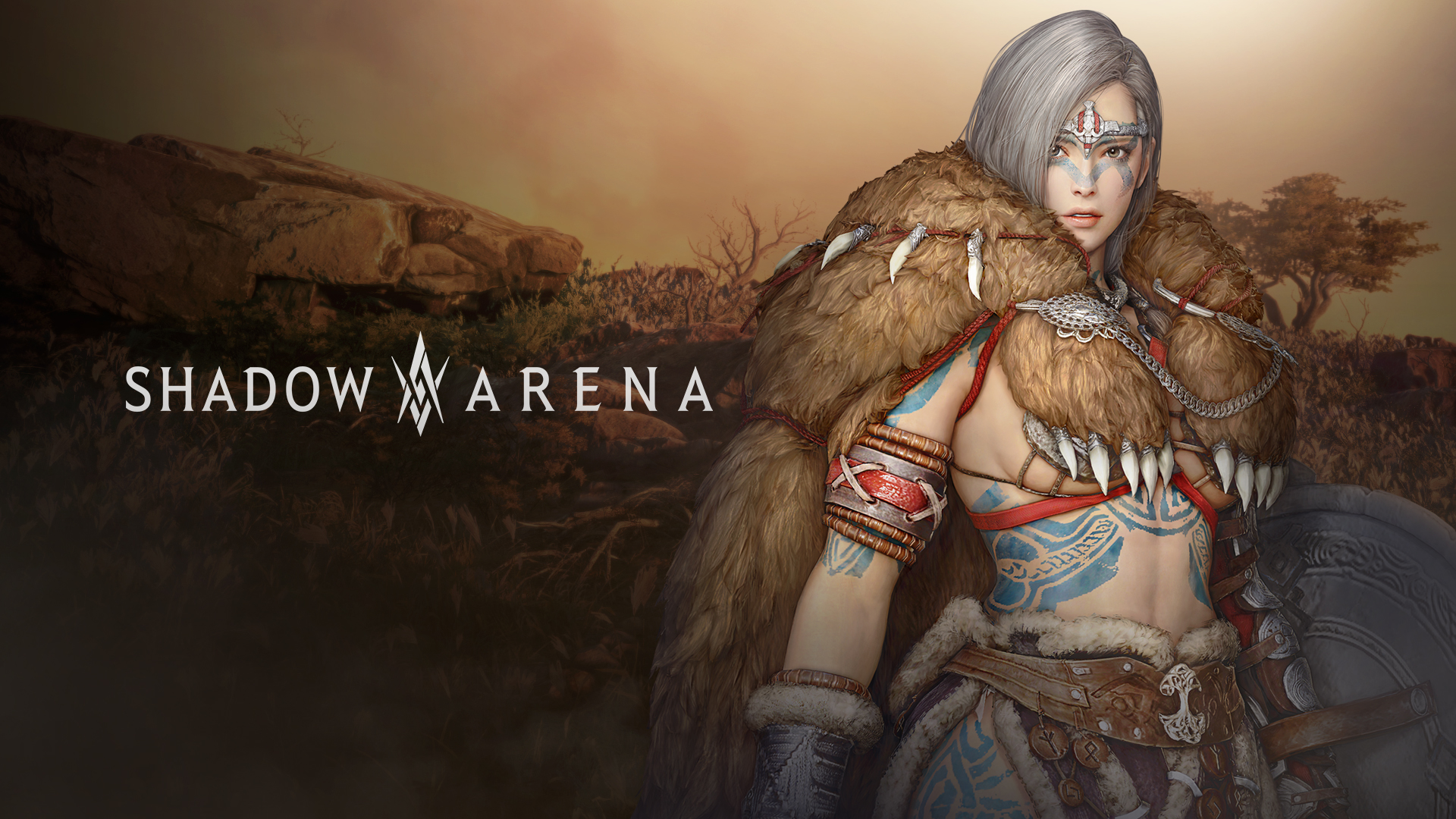 > Igrid wields a mighty Battle Axe and Shield, both enabling her to use powerful offensive and defensive skills.

Igrid may be slightly slower, but she’s a great melee Hero with massive damage potential. Most of her skills don’t blow opponents away, so they stay in front of her, making it easier to combo with other skills.

Additionally, while her Shield of Revenge (RMB) skill has a longer cooldown compared to other shield-wielding Heroes and consumes a lot of stamina, it retaliates whenever it blocks an attack by releasing lightning strikes and reducing the opponent’s AP to give her an edge.

You should also keep in mind that Thunder Strike (3) has a fast stacking Stun effect when the skill is activated which can build the opponent’s DP buff. However, the final attack of Thunder Strike (3) is fixed damage and is not affected by this buff. Still, any follow-up attacks after Thunder Strike will have reduced damage, so we recommend using Thunder Strike at the latter half or at the end of a combo.

- [All Heroes Rotation] event has started.

> Play all of Shadow Arena’s Heroes (including the newest Hero, Igrid) for free during this 2-week event!

- Reduced the amount of Skill Points earned from defeating a Hero by 20%.

- Fixed an issue where pressing E while crouched when Blink (E) was on cooldown sometimes caused you to perform an unnatural motion.

- Fixed the flight path of skill projectiles to fly normally instead of bending in an arc.

- Added a blue effect to appear around the screen when you have low stamina.

- Fixed the wind visual effect and sound for “acceleration” to appear when sprinting for 0.2 seconds.

- Clairvoyance (2): Slightly adjusted its attack timing. The timing of the attack when performed after receiving an attack or by pressing LMB during the block was adjusted to 0.25 seconds.

- Back Kick (F): Fixed an issue where the max damage was incorrectly stated in the skill description.

We’ve added a slight gap to Clairvoyance’s (2) block and follow-up knockdown attack. This change is meant to give some wiggle room by leaving a gap for Blink, etc. when caught by Clairvoyance, and at the same time, leave a window for skills that ignore Super Armor.

> The additional damage effect of the Twin Fairy Arrow (3) differs per level.

- Fixed an issue where Orwen would stop sprinting when using Natural Marksman (RMB) while sprinting.

We’ve received a lot of feedback saying that Orwen was too weak after the change last week that removed Stiffness from Natural Marksman (RMB). We also clearly saw this to be true in the numbers for match results this past week. So, we’re giving Orwen some significant buffs.

Orwen can now attack from a much greater range than before. (You’ll find it easier to aim by using the mouse wheel zoom if it’s too far for you to see). This buff is intended to give Orwen more time to pepper enemies with arrows before they can respond and makes it easier for her to hit fleeing foes.

As for the changes to Twin Fairy Arrow (3), they are meant to reduce the loss incurred when using other skills during the activation time and to slightly increase the instant damage potential of her close-ranged combos.

- Thunder Breaker (3): Changed to deal double damage by allowing 2 hits to register when its first hit is used at very close-range (within 0.5m).

- Sleeve Tangler (2): Fixed an issue where the damage dealt by the grab was not included as stated in the skill description.

Following up the update on August 6th, we’ve given Badal slight buffs. Thunder Breaker (3) was changed to allow 2 hits to register when the skill is used at close-range, increasing its instant damage potential. You’ll really notice this effect when using Thunder Breaker when it’s been enhanced by Golden Gate (4) against an opponent that’s running in to attack or at close-quarters in the midst of a combo.

- Wing Breaker (2): Fixed an issue where the damage dealt by the grab was not included as stated in the skill description.

- Fixed an issue where Lahn would move in non-combat stance when moving after using a Social Action via Chat.

- Fixed the incorrect tooltip descriptions of the effect icons that were applied when using the Silver Booster or Mastery Booster that can be received from the Battle Pass.

- Fixed an issue where Laytenn’s/Puturum's Power Core was not given in Ancient Weapons Showdown.

Although the notice and item description correctly stated the effect of the Booster items as 20%, the tooltip that appeared when mousing over the effect icon at the bottom of the main lobby incorrectly stated it as 30%. This was fixed today.

- Added a feature that automatically transfers you to the perspective of the nearest player by pressing E when in Free Cam perspective for Spectator mode.

- Changed Spectator mode to automatically switch you to the perspective of the player that defeated the player you were originally spectating.

The spectator and cheering features were created to let players relax by watching other players battle it out when they wanted a break from playing. However, it was rather difficult to find a player to watch if the game was already underway. Therefore, we added the ability to press E to go to the nearest player.

Keep in mind that you can cheer for a player you are spectating by pressing Q, and you’ll receive silver as a reward every time this player defeats another player. (If you see something like a small firefly while playing, it means someone is cheering you on. Try not to disappoint them.)

- Added the ability to view your profile in the Record tab.

> Note: You can still view your profile from the ESC menu as same as before.

- Changed the menu selected as default when selecting each menu of the main lobby as follows.

- Improved the Introduction page to display the level 1 skill description when a skill is selected.

- Changed the design of the confirmation button for the game’s Terms of Use.

We plan to bring major changes to the UI, but we can’t just leave everyone waiting until it’s finished, so we want to make some adjustments to illogical or hard to understand portions beforehand. The UI quality-of-life improvements will continue for the next couple of weeks.

- Laytenn and Puturum will now visually display a “RIDE” effect above them when they are ridable.

- Added graphical effects and audio that will be played when the message appears for a successful or failed promotion match.

- Fixed an issue where the icon displayed in the Compass UI during a match was slightly pointed to the left of the actual direction.

- Changed the size and design of the World Map.

- Increased the HP recovery of all AI Bots by 10%.

- Changed Team match to give you a HP Potion x1 when resurrected.

- [Thai Language] Fixed an issue where the description of daily quests did not have the correct content.