Here are the updates made to Shadow Arena during the maintenance on September 10, 2020 (Thu).

We are refraining from major hero balancing with the start of the tournament season. Instead we will prioritize and focus on bug fixes during this time.

- Added the travel distance to the skill description of Blink.

- Fixed an issue where the sandwich continued to show when a skill is used while eating a sandwich.

- Fixed an issue where weapons were not shown when certain heroes used specific skills to cancel sandwich usage.

- Fixed an issue where the bow disappeared when using the skill

- Changed the sound effect of the Head Shot skill

- Changed the fury buff to increase AP by 175 when HP is 20% or less (differing from other heroes).

- Fixed an issue where additional hits were not applying damage after using the Ultimate level of the skill.

- Reduced the time it takes to switch to another action if the attack fails by 0.6 seconds

> You can switch to another action in the same speed as when you successfully land the skill.

Although Goyen was buffed recently, it seemed it wasn’t enough, so we've given him more clear-cut buffs. The original concept of Goyen is a hero who becomes stronger as the situation grows more dire. Thus, we enhanced his fury buff and lowered the risk of using Goyen’s gap closer, Iron Pulverizer (1), so he can engage fights more aggressively.

- Fixed an issue where Golden Gate (4) cannot be used when using a sandwich.

- Fixed an issue where all skills cannot be used when using a sandwich.

- Fixed an issue where Avalanche (1) and Volcanic Leap (2) were used in reverse when using a sandwich.

- Fixed an issue where Tagahl does not disappear upon death and remains frozen.

- Fixed an issue where name and descriptions of the Sura Katana were in Korean.

- Added information regarding an attack delay if an attack fails in the skill description.

- Changed the names of the Form skill as follows:

- Improved the skill description for holding RMB or LMB to enable additional attacks.

- Added a combo counter to display upon successful hits. The combo count will increase the more you connect your hits, and it will disappear after 3 seconds of no hits. You can turn the combo count on or off in the settings.

- Changed the respawn time from 4 minutes to 3 minutes.

> The time that the Dark Fog starts closing is same as before at 4 minutes.

We have changed the respawn time to 3 minutes to increase the game’s tempo and highlight the importance of early game positioning and route choices. However, the time that Blackstar awakens and Dark Fog starts closing in will remain as the same as before at 4 minutes, so there are no changes to the game progression after that point.

- Changed the terrain of Extraction Mill area
> Structures that hindered movement have been simplified.

- Doubled the Skill EXP that you earn by defeating monsters that appear after 13 minutes (Shadow Troll- monster with purple core) by 1.5 times

- Changed the additional Skill EXP buff to be unobtainable when defeating a Ruins Golem.

- Changed the 1500 Skill EXP (1.5 Skill Points) to be obtainable when defeating all the golems that split from the Ruins Golem.

- Increased the rate that you can earn Ancient Weapon Fragment upon defeating Ruins Golem.

- Doubled the HP of the Suspicious Cauldron.

- Changed the additional Skill EXP buff (+50% for 1 min) to be obtainable when destroying a Suspicious Cauldron.

The safer farming time was reduced due to the respawn time adjustments above, so we’ve increased the EXP you can earn from the mid- to late-game wave of monsters to let you earn XP at later phases.

Also, too much EXP was obtainable instantaneously when defeating specters with the Ruins Golem buff, so we’ve changed the Ruins Golem to make the Golem itself grant generous amounts of EXP rather than an EXP buff and changed the Suspicious Cauldron to give a weaker version of the additional EXP buff.

- Changed the spawn times of specters around the Blackstar and Sealed Relic Tower as follows:

- Changed the Blackstar to move to the center of the Dark Fog once the Dark Fog has completely shrunk the safe zone.

- Fixed an issue where you’re stuck in certain locations when Sealed Relic Tower and Shadow Lords are spawned.

- Changed the icon of Sealed Relic Tower that spawns in later phase to appear in the World Map and the minimap.

- Reduced the floating effect duration of Margord’s attacks from 2 seconds to 1.2 seconds.

- Changed the Shadow Lord to take an attack stance after its spawn animation.

- Changed the Shadow Lord to not preemptively attack unless another hero attacks it first or come within a 10M range.

- Fixed an issue where the Shadow Lord appears briefly before it spawns.

- Increased the chance the Shadow Lord will change its target to another nearby Hero.

- Added a despawn animation when the Shadow Lord is defeated.

- Fixed an intermittent issue where Shadow Lord’s body does not disappear when it is defeated.

The last Shadow Lord, “Margord”, became very difficult to deal with after receiving a significant buff from last week along with the Shadow Lord AI having the characteristic of not easily changing its first target.  So, we’ve reduced Margord’s AP and increased the chance in which the Shadow Lords change their target.

- Fixed an issue where bots do not attack each other in a close distance.

- Increased the travel distance of Jordine bot’s Formation Break by 10%.

- Changed Ahon Kirus bot’s Sun of Destruction to apply knockdown instead of pushing back.

- Fixed an issue where the last hit of Ahon Kirus bot’s basic attack was not audible.

- Increase the chance bots and specters will change their target to another nearby Hero.

- Improved monsters to detect nearby heroes better when roaming.

- Fixed an intermittent issue where two Hungry Black Spirits attack one Hero in the Dark Fog.

- Improved the matchmaking system a bit more for Solo matches

- Changed Team mode to have 10 bots by default when you enter.

- Reduced the frequency of additional bots in Team mode (one bot will be added every 15 seconds without a new player).

- Added a button to register for tournaments in the lobby.

- Added a visual indicator in the menu if there are unclaimed Challenge Rewards.

- Changed the countdown UI sound effect when starting King of the Hill mode.

- Added sound effects for a successful back attack UI.

- Fixed an issue where the bot sound was too loud when the game began or when you respawned in early game. 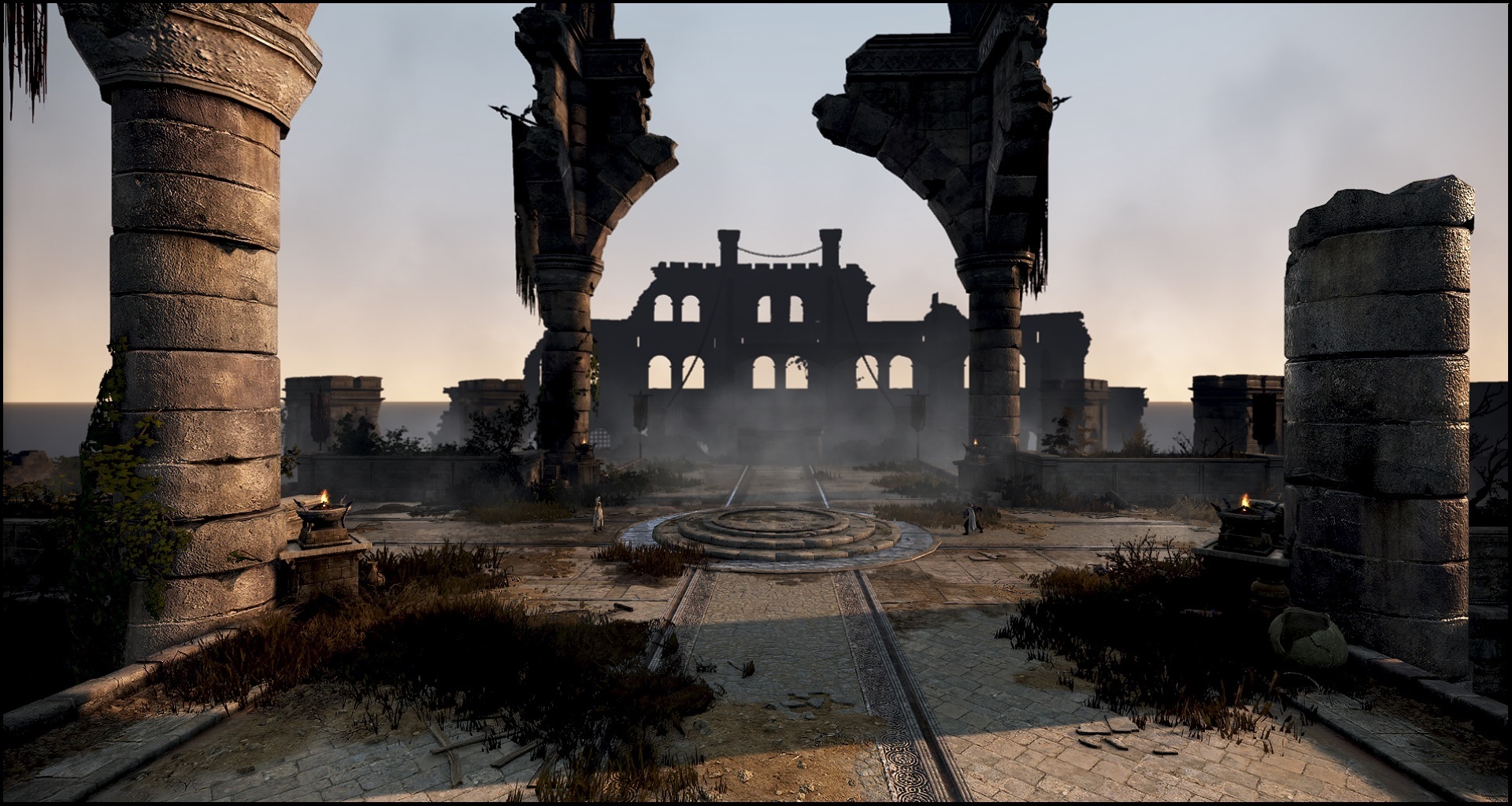