This is the Lead Producer of Shadow Arena, “Byulbram” Kwangsam Kim.

The first Beta Season which started May 21 is ending October 29. Soon, it will be time to move on to the next stage. This has been made possible by your love and support for Shadow Arena, and the team and I would like to start this Dev’s Note by thanking all our players from the bottom of our hearts.

During Beta Season 1, we focused on Solo mode and polishing the game. However, this was not our original plan. We initially wanted to work on Solo and Team mode together. But realistically, this was very challenging to pull off. With constant improvements being added to Solo mode, application of critical and minor bug fixes, and the release of a new hero every 3 weeks, our schedule was very tight. Now that Solo mode has started to stabilize after Round 3, we have the resources to work on a teamplay game to replace the current Team mode – Trio Mode. Here is a glimpse of the upcoming mode:

Trio mode (the team is calling it the Ascension mode) may appear similar to the standard Solo mode, but it is designed to introduce a totally new kind of gameplay through different strategies.

In summary, Trio mode is comprised of teams with up to 3 members that enter the arena. Each team will seek to improve their gear and get stronger. Then at the end, they fight to take over the Tower of Ascension.

The three differences between Trio and Solo mode are: you can continue to revive if the members of your team aren’t eliminated, an objective called the “Blackstar Fragment” that influences overall team AP and DP exists, and the presence of a major objective called the Tower of Ascension where the final battle takes place.

Let’s go over each difference in more detail.

When you die in the new Trio mode, a grave marker will be placed on the spot of your death, and you can revive on that spot after a certain period.

If the rest of your team is not eliminated, you can continue to respawn automatically. (However, as the game progresses, the respawn time increases.) If a teammate comes to the grave and revives you, then you can respawn faster.

When you die during a match, the below text appears on your screen:

(Yes, the graves were added a while ago for this Trio mode!)

However, once you respawn, you will only have some potions and basic gear.

A teammate can lend a helping hand by sharing some spare gear and get you geared up quickly. However, you won’t have this chance if a fight breaks out right after you respawn. Therefore, a respawn buff that gives bonus AP and DP for 30 seconds will be activated.

However, it is only temporary. You will still be at disadvantage if you respawn.

We also added another method where you can grow stronger besides items – an objective called the Blackstar Fragment. 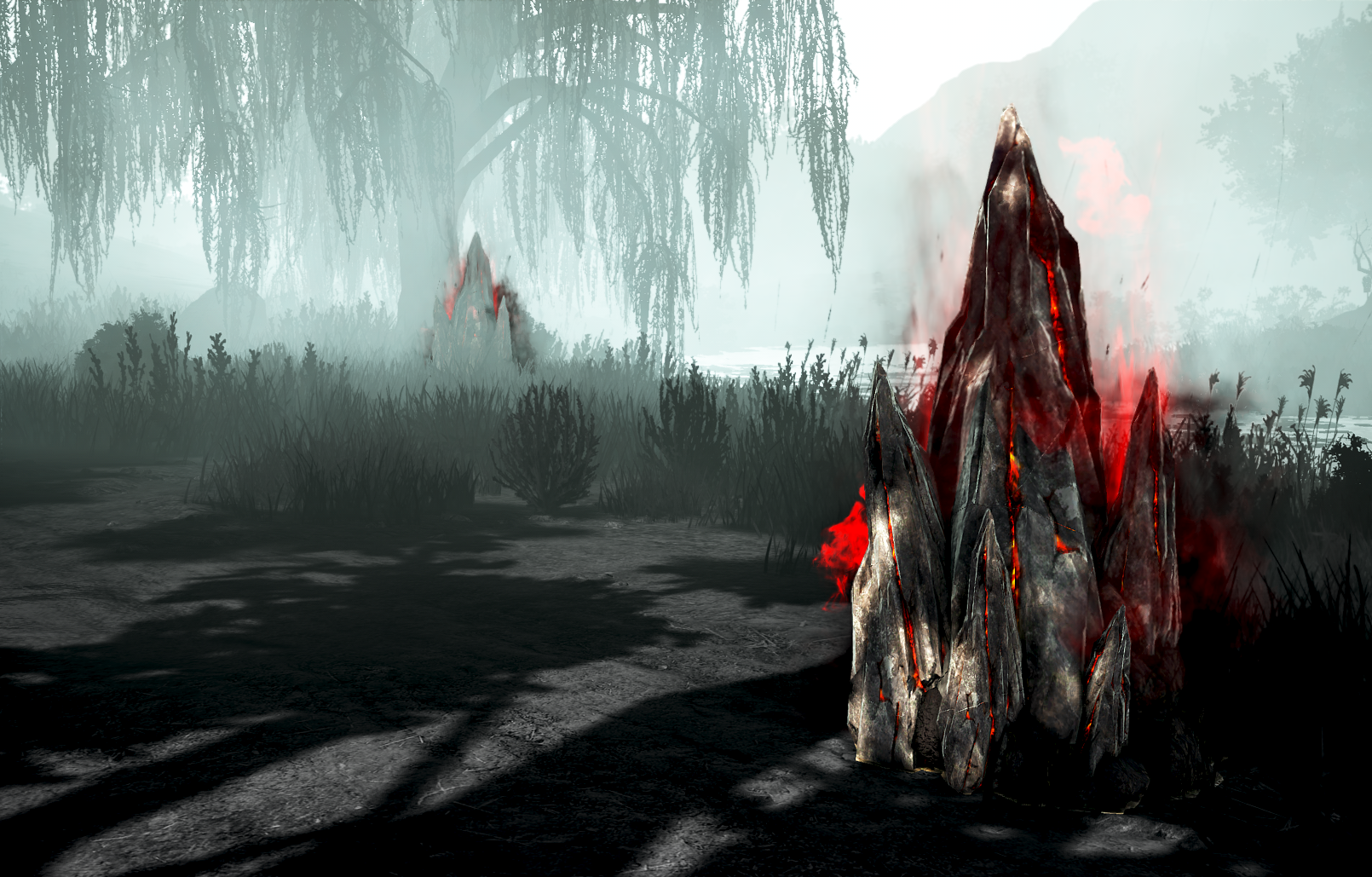 Blackstar Fragments spawn all over the map. However, they will appear more frequently in the outer areas of the map and in hill areas where there are less monsters. Interacting with this objective increases the overall team’s power. Each fragment increases AP and DP, and this effect does not disappear even after you respawn during the game.

Determining who and how your team will collect these Blackstar Fragments can be a starting strategy for this mode. 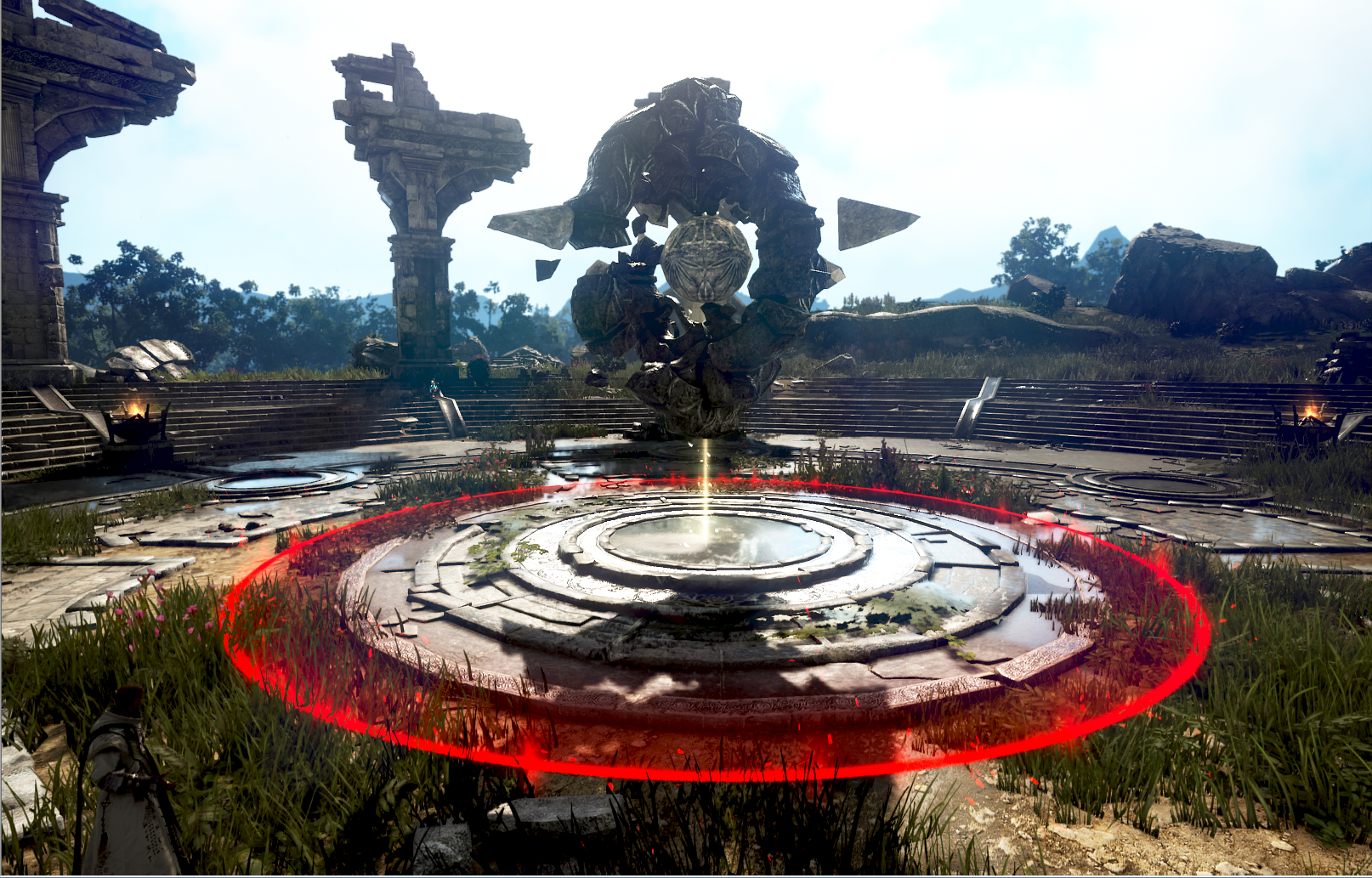 While each team is growing powerful in their own way, the Tower of Ascension will appear somewhere on the map and the Dark Fog will gather around the Tower, marking the beginning of the final battle.

The final battle is quite simple.

The winning team is the one that survives until the end and charges the Tower of Ascension completely to ascend. Instead of ascending, you can also choose to just defeat all the other teams.

Trio mode is in the early stages, so it still isn’t complete.

Additional adjustments and improvements will need to be considered for it to become a competitive game. There will also need to be a new matching and tier systems that will need to be tested and verified for this new Trio mode. We are also aware that team communication and coordination tools can use some work as well.

Therefore, we are starting Beta Season 2 with a goal to swiftly improve Trio mode.

We thank you all once again for playing Shadow Arena and we hope to repay you with the best game possible.

See you soon in Trio mode!