Here are the updates made to Shadow Arena during the October 29th maintenance.

In order to apply the changes, please launch the game client to receive the latest update.

> Performances during the Preseason period are not applied to your previous season record.

> All players who achieved Gold tier or higher during Beta Season 1 will receive a special Tagahl skin during the November 5, 2020 (Thu) maintenance when the Preseason ends.

> A new Battle Pass event will start when the new season begins after the November 5, 2020 (Thu) maintenance. 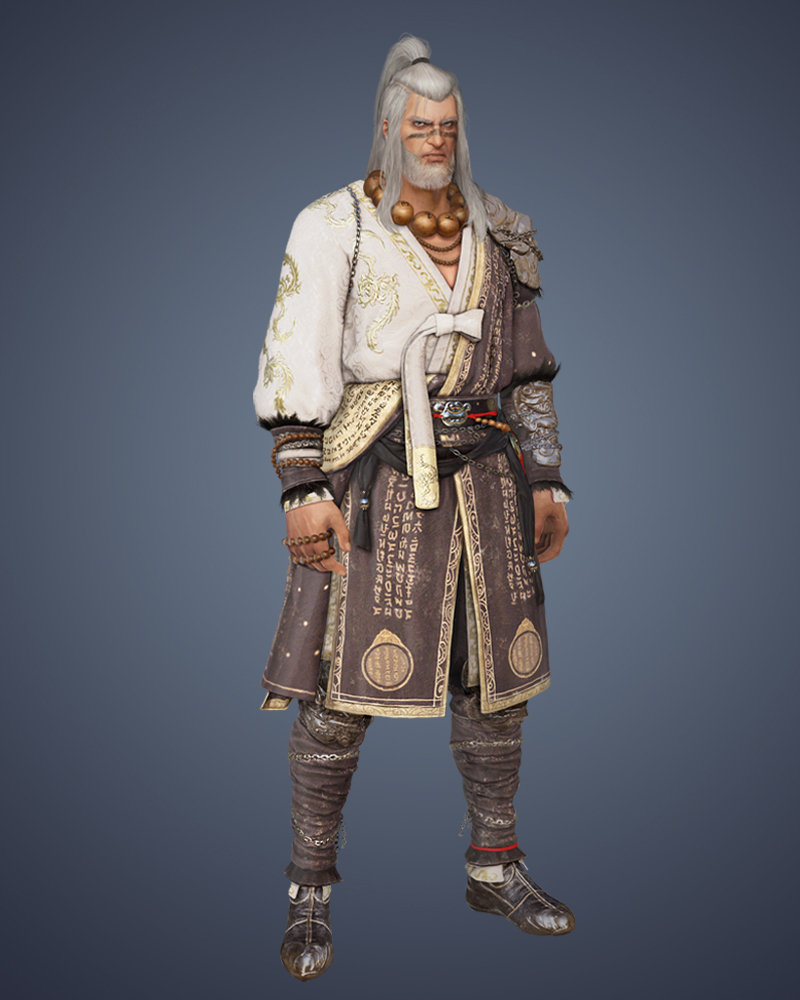 - Promotion requirements have changed to the following:

Base Points per Tier (No changes)

In Beta Season 1 Round 3, it was easy to gather points and hard to lose them. So there was less pressure the higher you moved up in tiers. Thus, we adjusted the overall tier points to reduce the amount of points gained and increased the chance of dropping points if you lose against your rival.

On the other hand, since the tier points are getting harder to earn, we made the promotion matches comparatively easier. 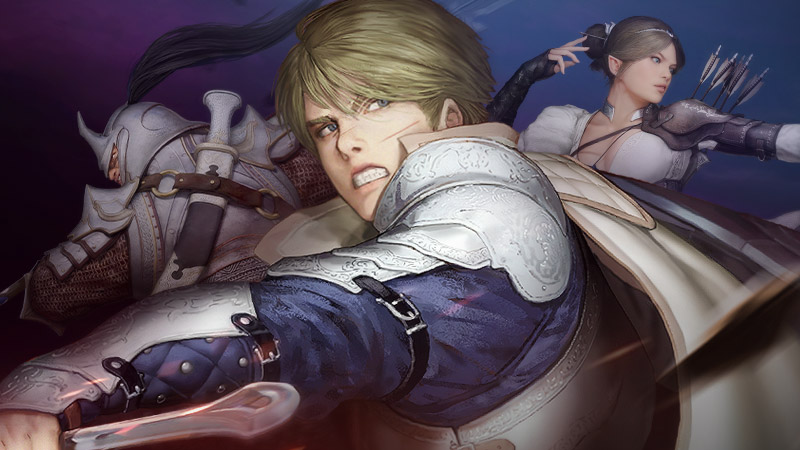 - New objectives called Blackstar Fragments will spawn all over the map during the times listed below:

> From the start of a match to the 3-minute mark

- Blackstar Fragments have a higher spawn rate in the outer areas of the map where there are less monsters.

- Blackstar Fragments will break when you go near them, and you will receive the following buffs from them:

> -30% movement speed for 3 seconds upon obtaining the buff

> The total number of Blackstar Fragments gathered by the party will be shown on the upper left side of the screen. 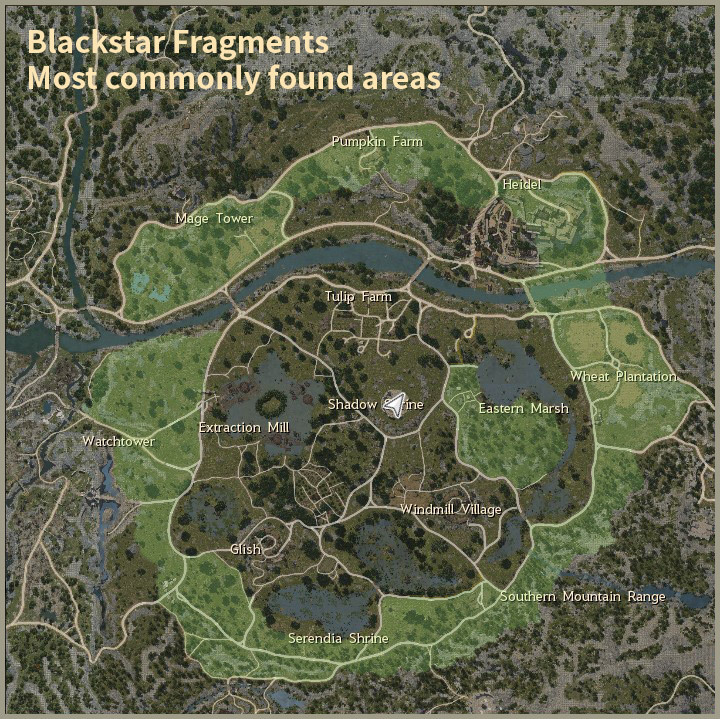 - Doubled the HP of all Shadow Lords.

- Upon defeating Varigord, the following effect will be applied:

- Upon defeating Gigagord, the following effect will be applied:

- Upon defeating Saigord, the following effect will be applied:

- Upon defeating Margord, the following effect will be applied:

- Removed the Altar of Resurrection that was in the previous Team mode.

1) Get revived by a teammate

> You can interact with a party members’ grave during the revivable time to bring them back.

2) Revive on your own automatically

> You will automatically revive when the automatic revivable time passes.

- Upon revival, you can move quickly as a Black Spirit for 10 seconds.

- Upon revival, you will get 2 HP Potions.

- Upon revival, your cooldowns for Dark Shift and Blink will reset.

- The revivable time will be shown in the World Map, on top of the grave, and on the screen of the dead Hero.

- The grave of an ally will be shown in green and looks different from an enemy’s grave (which is a gray tombstone icon).

- Graves of party members will disappear when that party is eliminated.

- 15 minutes after a match begins, the Relic of Ascension will spawn in the middle of the Dark Fog.

> A notification will appear to all Heroes when the Relic of Ascension is spawned.

> If other teams enter within the red line when you’re filling the gauge, the gauge will stop filling.

> The gauge will reset when all party members filling the gauge move outside the line or die.

> When a certain team completely fills the gauge, all the members of that team will Ascend and win the match.

> When Ascension is complete, the entire arena is consumed by the Dark Fog. The damage in the Dark Fog increases considerably. The remaining teams will battle it out to determine the remaining placements.

> At 15 minutes, Relic of Ascension spawns in the middle of the last Dark Fog.

- Changed late game Sealed Relic Towers to spawn only once at 13 minutes.

> AP increase buff will be applied to all party members and can be stacked.

> The Stoneback Crab buff will be applied to all party members.

- 1 minute after a match begins, 9 Specters with high attack power will spawn in all areas.

- Changed specters to not spawn in the middle of the Dark Fog at 3 minutes, 5 minutes, 7 minutes, and 9 minutes.

- Doubled the HP of Shadow Trolls that spawn early game and the amount of Skill XP gained.

- Doubled the HP of Shadow Trolls with purple cores that spawn at 7 minutes, 9 minutes, 11 minutes, and 13 minutes and tripled the Skill XP gained from defeating it.

> Pings are divided into 3 types and they will be displayed next to the party member UI and on top of the Hero’s head.

- Improved the ping orientation to be around the character when a party member pings an area not shown on the minimap.

- Promotion requirements have been changed to the following:

- Changed items that are dropped by self to not disappear even after time passes.

During this Preseason, we aim to monitor Trio gameplay before the main season begins.

Communication methods like “pings” and information shown in the UI are still lacking but we will make improvements to them in the near future.

- Moved each separate setting buttons to the upper right side.

- Moved the Chat UI to the lower left side. It can be toggled on and off with chat button located lower right side.

- Changed the locations and sizes of other menus to fit with the new screen configuration. 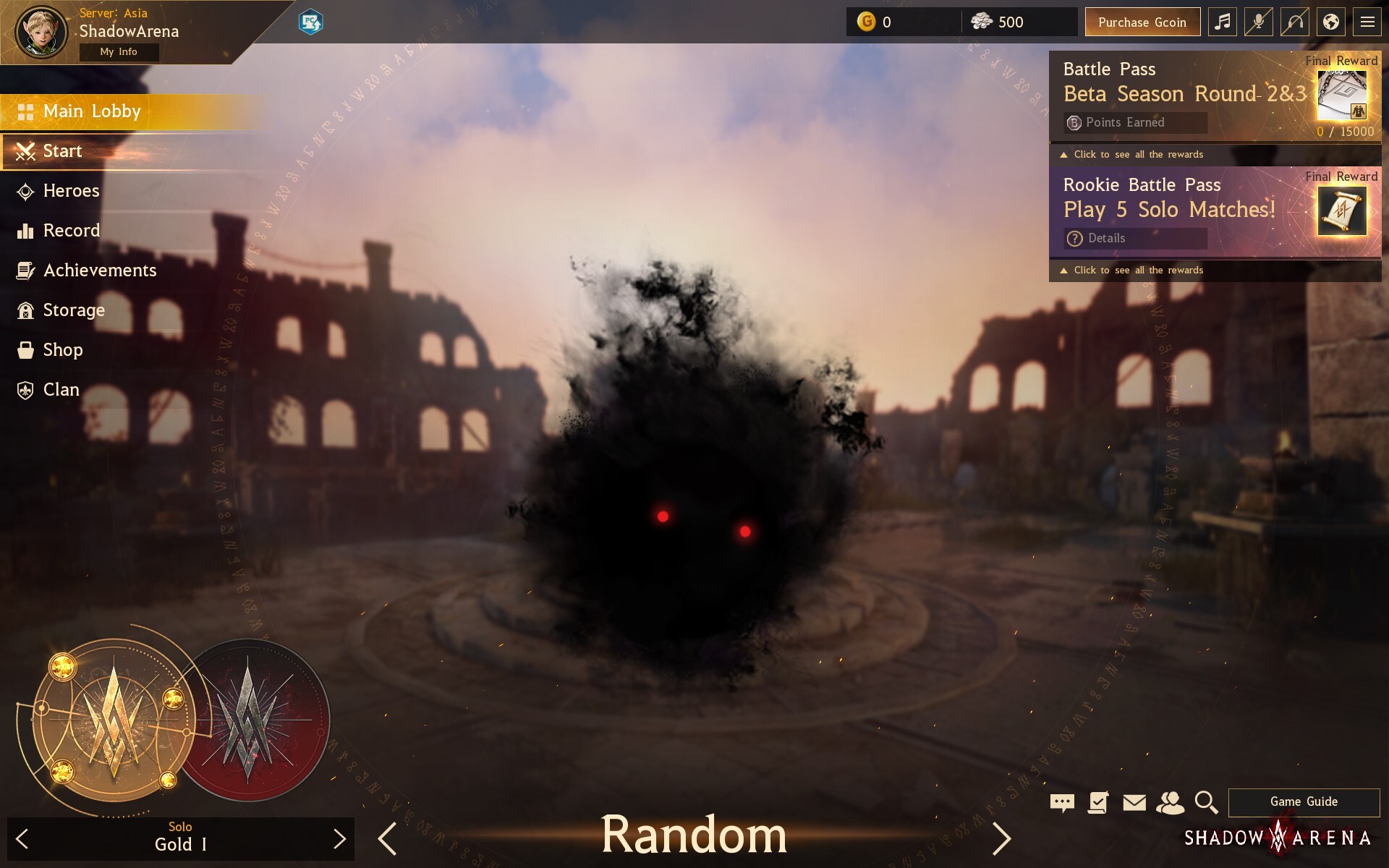 - Improved direction change while flying as a Black Spirit when a match begins, while reviving in early game, and while using Jump Gates.

- Added 5 seconds of time as a Black Spirit where you can move quickly upon landing after using Jump Gate.

There are comparatively more balance changes this week with the start of a new season. These changes were made with both Solo and Trio modes in mind.

- Fixed an issue where skill enhancement effects were not applied.

- Fixed an issue where Dark Shift (Q) and Blink (E) cannot be used while rolling.

Shultz held one of the most powerful Hero titles for a long time. He was able to respond to any sitaution such as chasing, breaking fights, and defending very well while also dealing big combo damage. Thus, we slightly nerfed the damage of Bestaial Howl (4).

- Increased regen speed when using the skill to the following:

Herawen is designed as a Hero that could serve as a capable support in team games but the Kamasylve Tree effect seemed very weak compared to her damage. Thus, we are increasing the regen speed to increase her support capabilities.

- Increased DP buff when using the skill to the following:

We’ve been monitoring Badal closely recently and restoring his performance. We increased Badal’s movement speed after Asura Tread (RMB) and DP buff of Golden Gate (4) so that he has more mobility and can start fights in a more advantageous state.

Goyen uses HP as a resource to use skills so he was actually quite weak compared to his armored appearance. Thus, we increased his HP and the lifesteal effect of the Ultimate level of Blood Flurry (4).

Tagahl’s Wingbreaker (2) grab was too short and frequently missed its target. Thus, we added a forward movement when using the skill so that you can grab the target more easily.

- Improved the rock to fly towards the direction of the arrow instead of exploding on the spot when using the skill without targeting anything.

- Increased attack range by 15% when using the Levels 1-3 of the skill.

Gorgath’s Rolling Boulder (1) was very useless when using it without targeting anything. With this new change, it will remember the direction that you were facing when creating the boulder and even if you don’t target anything, it will fly towards the direction faced when it was created.

Additionally, we increased the attack range of Rockwind (3) to expand its utility.

- Added 500 burn damage for 10 seconds if you land 2 hits of the skill at Ultimate level.

- Added an effect that doubles the attack range when landing the first hit of the skill at Ultimate level.

Igrid’s Thunder Strike (3) was intended to have a short first strike distance but we increased it because it was too short. It is still quite short but it will be better than how it was previously.

Sura is a Hero showing steady performance but he is tricky to deal with due to his fast engagements and rush of attacks. Thus, we decreased the dash distance of Second Balde: Countercurrent (2) to slightly nerf his dash performance.

Ba-Ri became the most powerful Hero by win rate after getting a buff. Thus, we  slightly reduced Heilang’s damage and ended the Super Armor timing on Monkey: Reach! (1) earlier so that she can be more susceptible to counterattacks.

- Changed the lasers to fire after gathering energy on the spot when using the laser after mounting Laytenn.

> You cannot move while firing the laser.

- Increased maximum damage of the laser attack by 60%.

- Increased the time to transition to another action by 0.67 seconds when jumping after mounting Laytenn.

After its buff, Laytenn became a killing machine that consecutively fired off lasers without any countermeasure. Thus, we decreased the speed of the laser fires to give enough time to counter but also increased the damage when landing to make it a dodgeable yet powerful attack.

This is a change that aligns with the above Ancient Weapon changes and we modified Matchlocks to be more effective against Ancient Weapons.

- Reduced the time it takes for the Red Dragon to attack from 4.5 seconds to 3 seconds and maximum damage by 40%.

- Changed kills to be applied to the last player hitting it within 5 seconds when a bot dies to Dark Fog or monsters.

The Red Dragon was too good at controlling an area especially around the Relic of Ascension in the Trio mode so we slightly nerfed its duration and power.

- Changed the Black Spirit state to last for 5 seconds instead of deactivating immediately  when you land after using the Jump Gate.

- Added a page in Hero Rankings where you can view the 1st to 3rd spots for each Hero at once.