Here are the updates made to Shadow Arena during the November 26th maintenance.

Check out all the details below, and we’ll see you in the arena!

■ King of the Hill Mode

- Changed the maximum number of players in King of the Hill Mode to 2.

> King of the Hill starts 30 seconds after 2 players enter.

We had changed the tier points system this season but we’ve noticed that since less tier points are acquirable compared to previous seasons, players’ tiers reduced overall as well. Hence, we are increasing the Rival Victory points even though we are in mid-season.

We are planning an additional system to help matching between high-tier players, and this change is to prepare for the upcoming new point system.

- Improved the item gathering feature to allow heroes to pick up items without moving after an attack.

- Added DP +100 buff for 2 seconds for nearby party members and the player when using the skill.

- Reduced the increase in Guard according to DP by 11%.

- Changed the Ultimate level skill effect to the following.

We increased Jordine’s Shield Guard with the introduction of Trio Mode in the November 5th update, but we concluded that individual buffs are not enough in Trio Mode. We are decreasing the DP efficiency to the same rate as before, and we are giving a short DP increase buff that’s applied to the whole team instead of the individual. Instead, we increased the skill cooldown time by 2 seconds.

Also, we are increasing the explosion range and the damage of the Ultimate level Spear of Serendia (1), which was seldomly used as an upgraded skill. We are deleting the knockdown time increase effect.

Yeonhwa’s performance in higher level solo modes was consistently low in the last month. Even with the introduction of Trio Modes, Yeonhwa wasn’t selected a lot and her performance as well was not good.

Hence, we are hoping to strengthen Yeonhwa by strengthening her strong basic attacks which has always been her perk.

Ahon Kirus’ sprint jump attacks were too good for making escapes or for chasing, because Ahon Kirus could attack from longer distances compared to other characters.

Instead, we are increasing the projectile speed for Sun of Destruction (4) so that even if players charge the skill to the highest level, the projectile will have the same (I.e. faster) speed as the Level 1 projectile.

Arrow Storm cooldown time has changed to the following.

Orwen has been used very frequently and her performance has looked good since the introduction of Trio Mode. We don’t want to weaken Orwen’s capacity as a ranged attacker, but with the cooldown increase on her levels 2 and 3 Arrow Storms she will need to be more mindful and protected during teamfights.

- Increased all moving speed of Goyen by 6%.

Changed the lasting time of Super Armor effect in Grave Digging Skill Lvl.1-3 to last until the very moment of an attack.

Goyen is currently doing poorly in terms of performance in higher-ranking games, even though there was a time when Goyen was incredibly strong in the early days of the Shadow Arena beta test.

Also, we are increasing the duration of Super Armor on Grave Digger (3) to return him back to his status as a slow but unstoppable Hero.

- Changed the condition of clicking LMB while using Asura Tread to not consume Stamina.

- The amount of Stamina consumed when using both Asura Tread and its chained skill is the same as before.

- Changed skill so that an additional attack without clicking LMB is possible.

> You can cancel the skill by rolling while using the skill.

Lahn’s Nimbus Stride has low usage compared to other skillls, so players had a tendency to not learn them above level 2. So we are decreasing the cooldown time of Nimbus Stride to make it valuable enough to invest skill points and get it up to a higher level.

Players also needed to click LMB right after using Death’s Crossing (3) to make a second and a third attack. We concluded that this rapid consecutive control isn’t useful enough and only makes things unnecessarily tricky, so we made this skill dish out 3 attacks which can be cancelled by rolling.

- Increased the flying speed of rocks by 10%.

Gorgath had little adjustments made here and there, but this Hero is both low on performance and usability, so we concluded that Gorgath needed a big improvement.

We are decreasing the stamina consumption of Earth Alchemy Stone (LMB) to allow more convenient summoning of rocks during a hectic battle, and we are increasing the rock’s flying speed so that Gorgath can attack enemies more effectively.

- Changed Volcanic Leap so that Igrid can roll right after an Upper Strike.

> Hence you can cancel the jump attack after the Upper Strike.

Volcanic Leap (2) was a chain skill where Igrid throws back enemies and then chases them with a jump, but there were tragic times where the enemy did not get blown back because of an obstacle and only Igrid flew off for the chase. So we are adjusting the skill so that players can cancel the skill with a roll after the first attack and not make the jump.

Bari’s Monkey: Reach! (1) skill was very hard to combat because if players avoid Ba-Ri's attack, it was hard to respond to Heilang’s bite attack which comes right after. Hence we are changing the debuff effect of Bite attacks from Stun to Stiffen.

- Improved the speed at which Tantu can attack and move after Charged Shot to be 19% faster.

We concluded that increasing the time during which you couldn’t move after using Charged Shot (1) was excessive, so we are reducing that duration.

- Added a Kuku Bird that continuously runs around the map in a counter-clockwise direction.

>Kuku birds spawn in random places after the game starts.

> The times at which the bird runs and rests are random.

> The Red Dragon’s Offerings drop rate has been halved due to the Kuku Bird’s introduction, but the rates of receiving Elixirs of Swiftness has slightly increased. 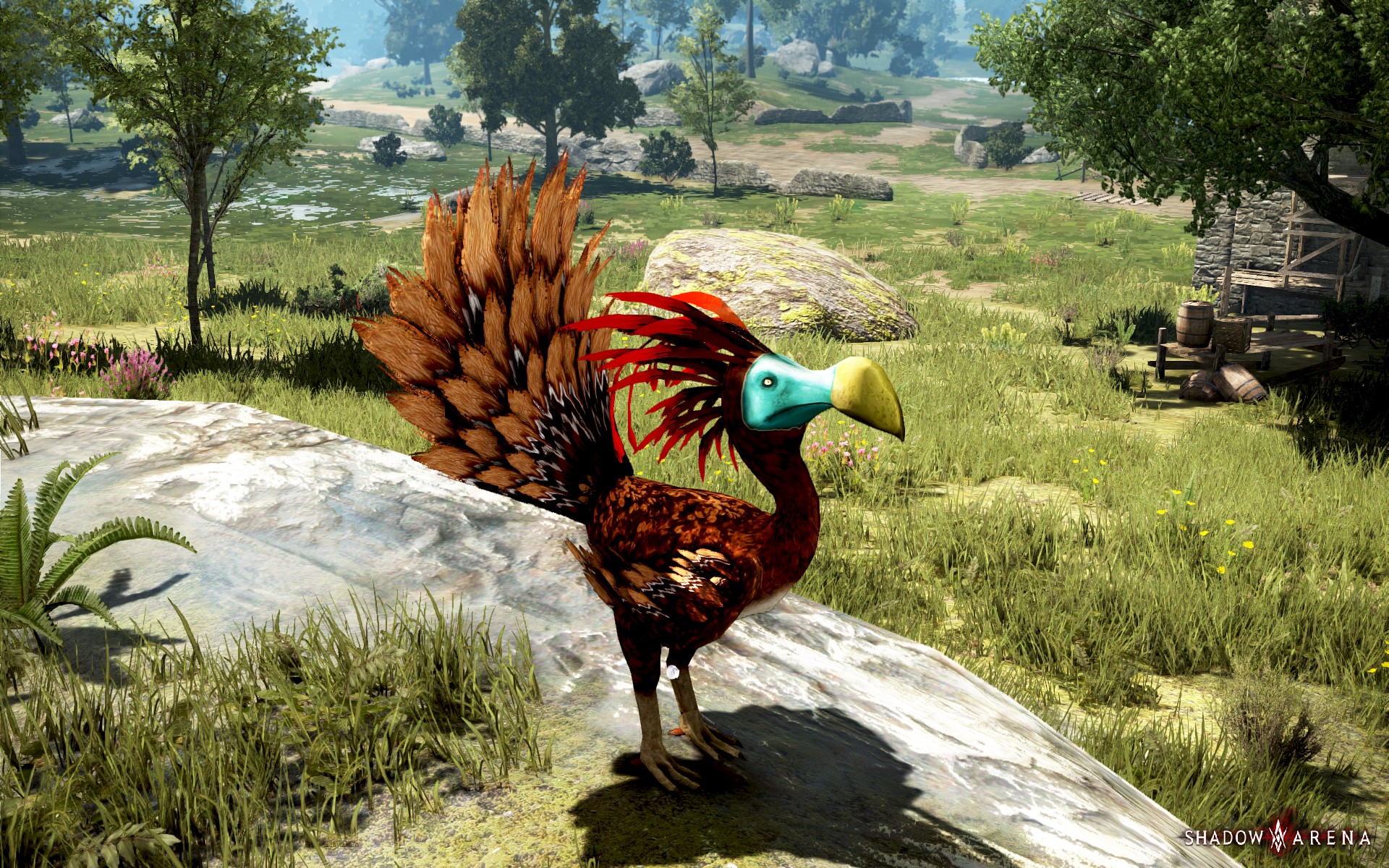 “Red Dragon’s Offering” is an item that can flip the tables in a match with its massive destructive capabilities. However, it was difficult to consider it in a strategy since its drop rate was low but it simultaneously appeared relatively easily when monsters were farmed a lot.

Kuku birds “rapidly” run the outskirts through the roads and are invincible while on the run. They could only be attacked when they’re resting so they are hard to kill, but the design is so that the monster could be killed if a team is really determined to get a “Red Dragon’s Offerings.”

A warning: chasing Kuku Birds can be very annoying and there may be some rage involved. We apologize in advance.

- Added a 30% DP decrease debuff for 10 seconds if attacked by a Shadow Lord.

> However, the same debuffs do not overlap.

> The Debuff effect to the Hero is shown to nearby players.

(This change is only applied to Trio Mode.)

Shadow Lords work as an element that make the game easier when players continuously conquer Shadow Lords one after the other. The first team with the Shadow Lord has the advantatge to keep killing the next ones. In this process, it was too hard for the other team to overcome this growth disadvantage even if they aim for the next Shadow Lord.

Hence we are adding a 30% DP decrease debuff when you get hit by a Shadow Lord, so that when the team faces a contest from another team while fighting a Shadow Lord, the team will be at a disadvantage.

- Changed the condition that when there’s a team that ascended, other players will not be able to revive.

- Changed the duration of the DP -20% debuff from 3 seconds to the entire duration the player is within the range of the Relic of Ascension.

We do not think that teams reviving and holding out longer was what anyone wanted in Trio mode. This will be changed so that teams cannot revive after Ascension. Also, players’ DP will decrease by 20% within the Relic of Ascension area and the team that first controls the relic will be given disadvantages at the start. This change will allow fights within the area to deal more damage to each other.

- Changed Mountain Stoneback Crabs to gradually receive damage outside the fog and die over time.

- Added Treasure Chests which will randomly appear after 11 minutes have passed. These chests can drop rare items.

- Changed the matching conditions of Trio Mode by tier in Trio Mode.

> Matches will be divided even if there are less players on.

Changed display to show the direction of where you’ll fly when you ride a Jump Gate.

- Fixed an error where you become invincible and invisible while riding Laytenn and enter the water in Sparring Grounds.

- Improved functions to zoom in and out with mouse scrolls in the World Map (Tab).

> You can drag the map when you are zoomed in.

> The zoom setting of the World Map is saved until the match ends. 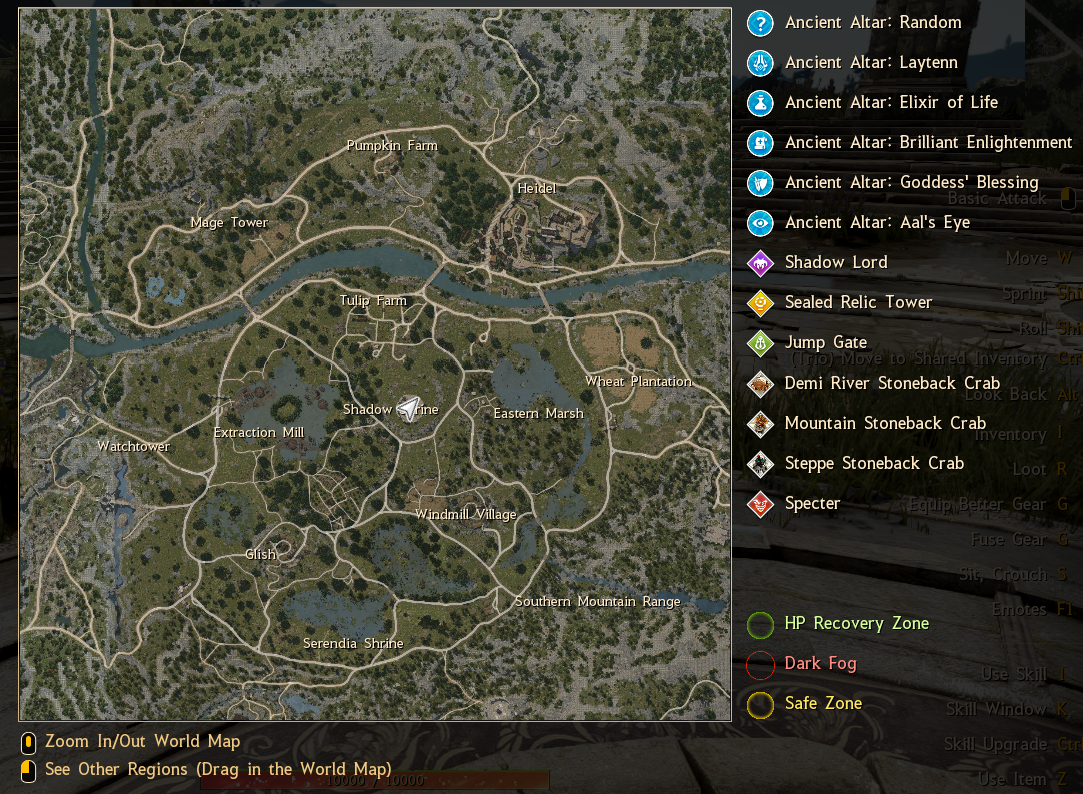 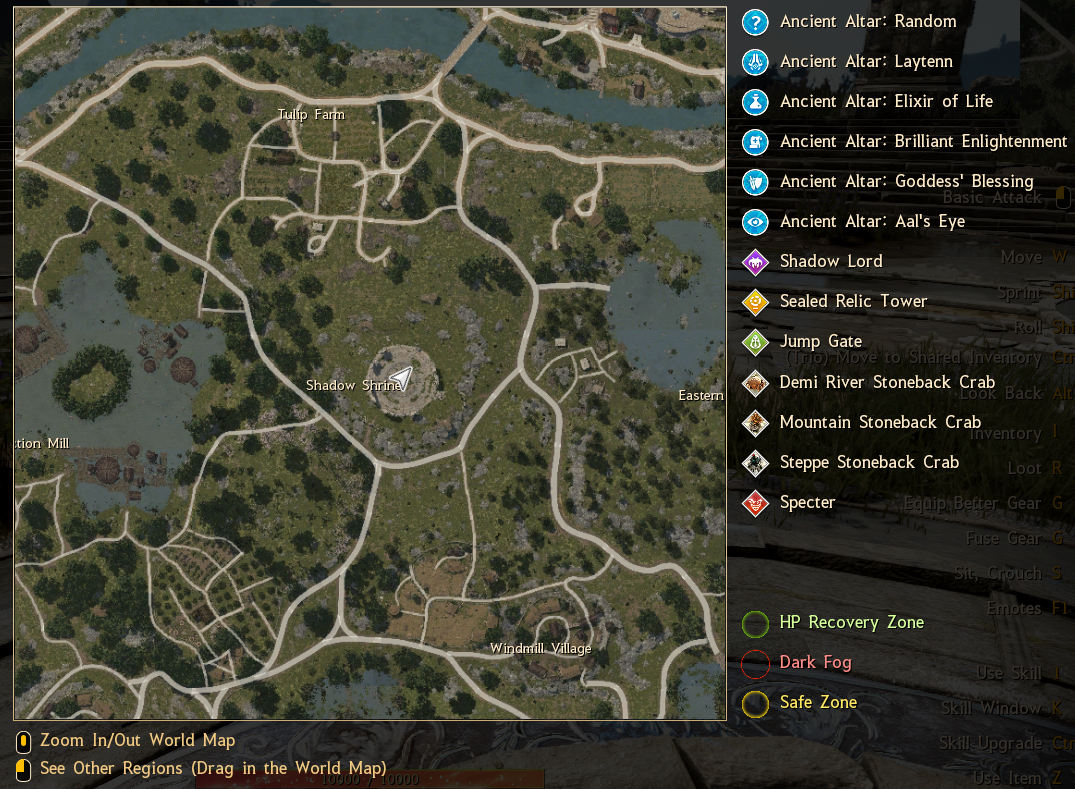 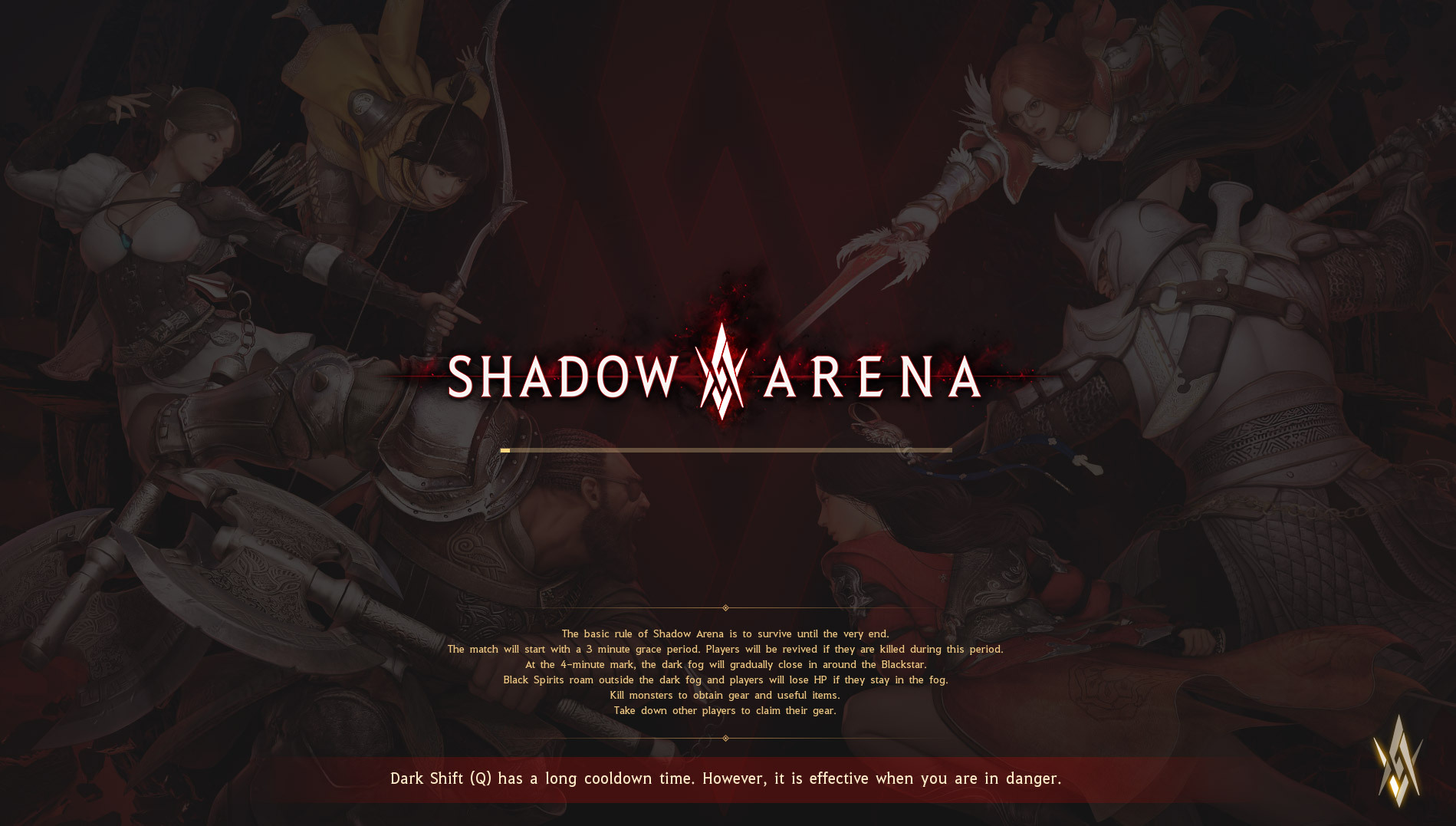 - Changed the color displayed for party members on the minimap if you use the Elixir of Vigilance or gain the Aal’s Eye buff. 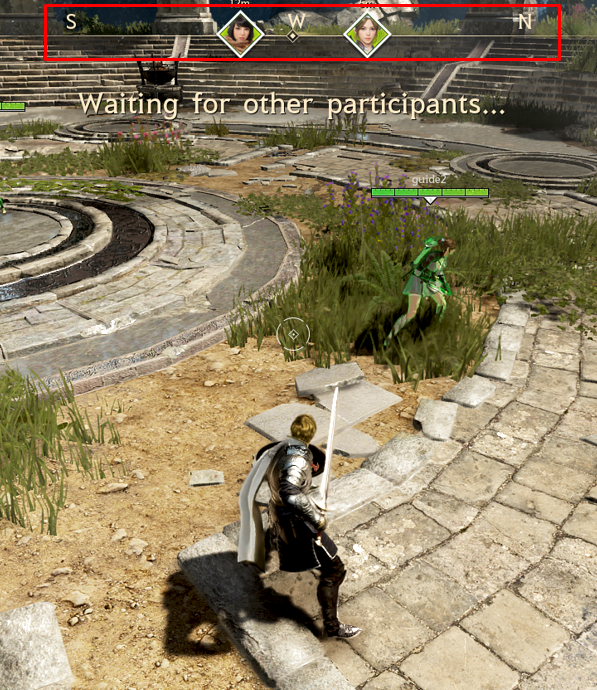 - Fixed an issue where text would overlap for certain languages in the Hero Selection screen.

- Disabled the message showing the items obtained in the party chat window of Trio mode.

- Added helpful tips and guides for Trio Mode to be shown while forming parties.

- Changed the Hero Selection screen to show which mode you selected. 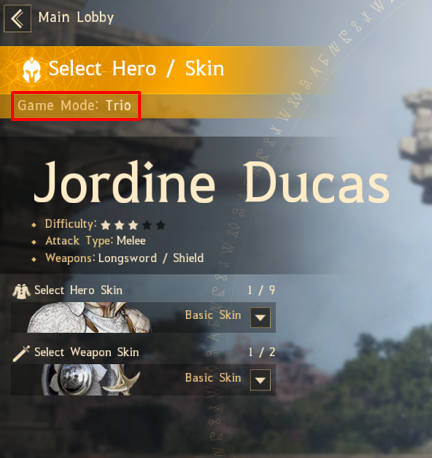 - Fixed the issue where the icon with the text “The Internet Cafe benefit enabled you to use this Hero.” was being displayed in the Hero Selection screen.

- Extended the event period of [It's Hot-time! Bring on the heat!] to December 3rd, 2020 (Thu) before maintenance.

▶ Check [It's Hot-time! Bring on the heat!] for more details.

- Changed the flags in Sparring Grounds to be invisible (they can still be used to assemble players).

- Fixed an issue where Shadow Lords would appear inside of obstacles and objects.

- Fixed an issue where players would fail to enter the arena with a message saying that the room was full. 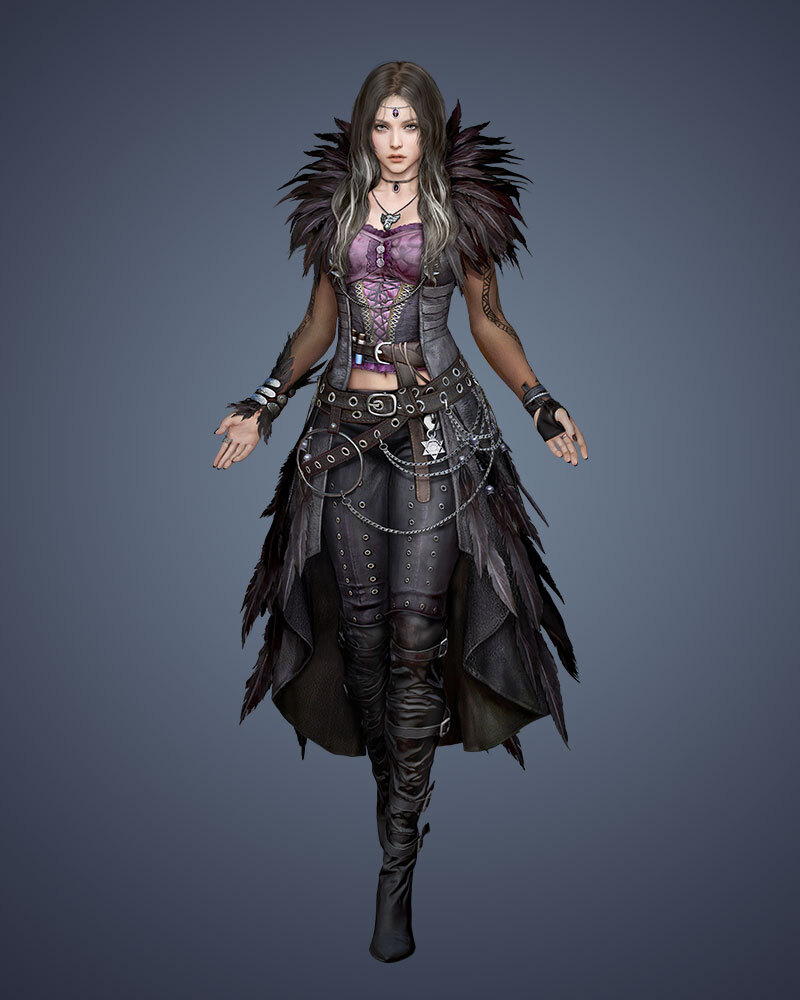 Next week, a new Hero with a “unique concept” is coming! Please look forward to our next update!