Here are the updates made to Shadow Arena during the December 10, 2020 (Thu) maintenance.

> Performance during pre-season is not reflected on all season’s performance after the new season starts.

We are preparing for a major update after this patch. We will announce our game direction, including the next season’s schedule, through our Dev Notes.

> Changed the system so players can earn more tier points when they have a lot of Ascension Points or win the match,

- Fixed an error where the HP of Shadow Trolls in Champions Arena was excessively high.

- Champions Arena Rules will be applied to Solo Mode and AI.

> However, the grace period in the beginning of the game will remain at 3 minutes.

> Minimum number of players to start the game is 30, the same as before.

> However, players can still get Ancient Weapons at the Ancient Altar and Ancient Weapon Fragments when defeating monsters, which is different from Champions Arena.

- Decreased 15% of all damage from Shadow Lords.

- The following DP decrease debuffs are applied when you get hit by a Shadow Lord.

- Changed all Stoneback Crabs to slowly lose HP then die around 2 minutes once they are in the Fog.

- Changed spawn times of all Stoneback Crabs to the following.

(After) Spawn between 1 – 2 minutes after the game starts

> Changed spawn notification times to match the times stated above.

- Decreased kill buff duration of all Stoneback Crabs by 1 minute.

- 9 Specters will spawn simultaneously in random locations after 2 minutes has passed from the start of the match.

- Added +200 damage buff to monsters lasting 1 minute when you defeat a Shadow Troll.

> Players can get a stacking AP, DP +3 buff that lasts for the whole game when players collect a Blackstar Fragment.

> Players gain a -50% DP and -30% Movement Speed debuff for 4 seconds when they collect a fragment.

- Kuku Birds will spawn in Solo Mode and AI.

> Kuku Birds spawn in random locations after 30 seconds has passed from the start of the match.

> Kuku Birds are invincible while they are running, but they will be vulnerable when they stop to take a rest.

> The times at which the birds run and rest are random.

> Players are guaranteed to receive a “Red Dragon’s Offerings” when they kill a Kuku Bird.

> The Red Dragon’s Offerings drop rate has been halved from other monsters due to the introduction of Kuku Birds to Solo Mode. Instead, the rate of dropping Elixirs of Swiftness was slightly increased.

- Normal monsters will not drop gear above yellow grade.

- Changed spawn times of Shadow Lords to spawn 2 minutes 30 seconds after the death of a Shadow Lord.

> However, the first spawn time of Shadow Lord Varigord is the same as before, 3 minutes after the match starts.

> A Shadow Lord spawn alert message will be shown 2 minutes after the last Shadow Lord dies, and a gray icon will show up on the World Map.

> The above alert message will also be shown as a system message on the bottom left corner.

- Changed Shadow Lords to not drop sub-weapons when defeated.

- Changed where the smoke from the Matchlock appeared to make it more natural for each Hero.

- Changed the smoke effect of the Matchlock hit to disappear immediately.

- Changed effect range of Matchlock +5,000 damage against monsters from within 25m  to within 20m.

- Fixed an error with the Black Spirit mode being immediately cancelled when riding the Jump Gate and then landing when the ping rate is low.

- Fixed an error with Black Spirit Mode buff being maintained after riding jump gate and transforming back to form.

- Changed Jordine’s blink so that he cannot use it when he is staggering back due to his guard breaking or when he gets hit by Dark Shift.

- Changed Level 1, 2, 3 to be able to change direction during casting, the same as the Ultimate level.

- Changed Shultz’s blink so that he cannot use it when he is staggering back due to his guard breaking or when he gets hit by Dark Shift.

- Fixed an issue with her dagger showing unnaturally when she does a basic attack with a weapon skin.

- Fixed an error where the projectile flying sound was not being played when she uses Natural Marksman skill after using Twin Fairy Arrow Ultimate Level.

-  Fixed an issue with Explosive Traps that did not detonate in lobby.

- Changed Venslar’s blink so that he cannot use it when he is staggering back due to her guard breaking or when she gets hit by Dark Shift.

- Fixed an issue where she would appear to attack in the direction she is facing when she uses her Kick (F) when the camera is looking back, even though the Kick was actually performed to the back.

- Fixed an issue where Heilang remained on screen when Ba-Ri is killed while riding Heilang.

- Fixed an issue where she could consistently make left and right basic attacks without sufficient stamina.

- Changed Stamina consumption of the first forward attack to the following.

- Fixed an issue with minions attacking Hungry Black Spirit, and the Laytenn and Puturum she was riding.

- Changed the maximum number of summons to the following.

- Changed the size of the minions to the following. Hence the collision detection for the minions were changed accordingly.

- Changed the minion’s AP to the following.

- Changed the summoning position of Undying minions to be summoned near the moving direction of the Hero.

- Changed the hit range to fit the kick motion.

- Added knockdown time and stiffness resistance to the skill description.

- Fixed to allow the Shamanic Tree to be able to chain attack in the lobby before the match begins.

- Fixed an issue where the wrong level minions were summoned intermittently when the target connected to the chain dies.

- Fixed an issue where the firing mode is not cancelled when moving in a diagonal forward right direction after using the skill.

- Increased the max attack range for all skill levels to 30%.

- Changed the Ultimate level skill effects to the following.

- Improved to enable summons to change targets quicker when she hits a target with this skill.

- Fixed an issue where the charging distance of Ultimate level skills is shorter than Level 1 - 3.

- Improved to enable summons to change targets quicker when she hits a target with this skill.

- Changed so that after using the skill, surrounding targets will be sent flying from her shockwave.

> Before: Send enemies flying to the direction she is facing

> After: Send enemies flying away from her 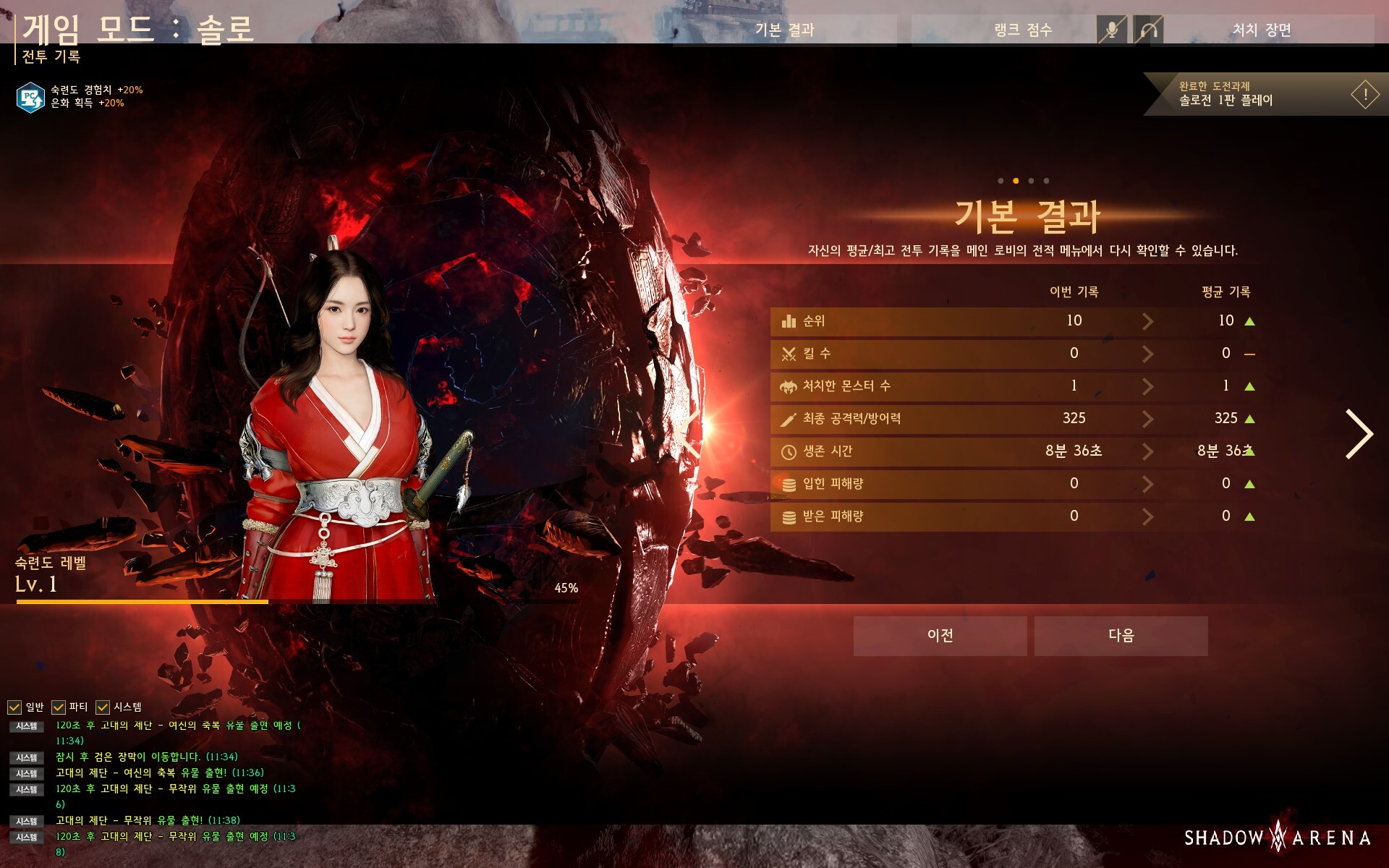 - Extended the event period of [Battle Pass Season 2] to December 17, 2020 (Thu) before maintenance.

> Extended the event period of both [Event 1. Battle Pass Season 2] and [Get Those Tickets Season 2].

> Shows a maximum of 8 players that are not on your Friends List.

- Fixed an issue where the maximum number of players in King of the Hill mode in Custom Match is displayed as 5 players.

- Fixed an issue where the 1st to 3rd place players were placed in ascending order when clicking to display in descending order.