Greetings, This is Shadow Arena.

Here are the updates on February 9 (Tue). 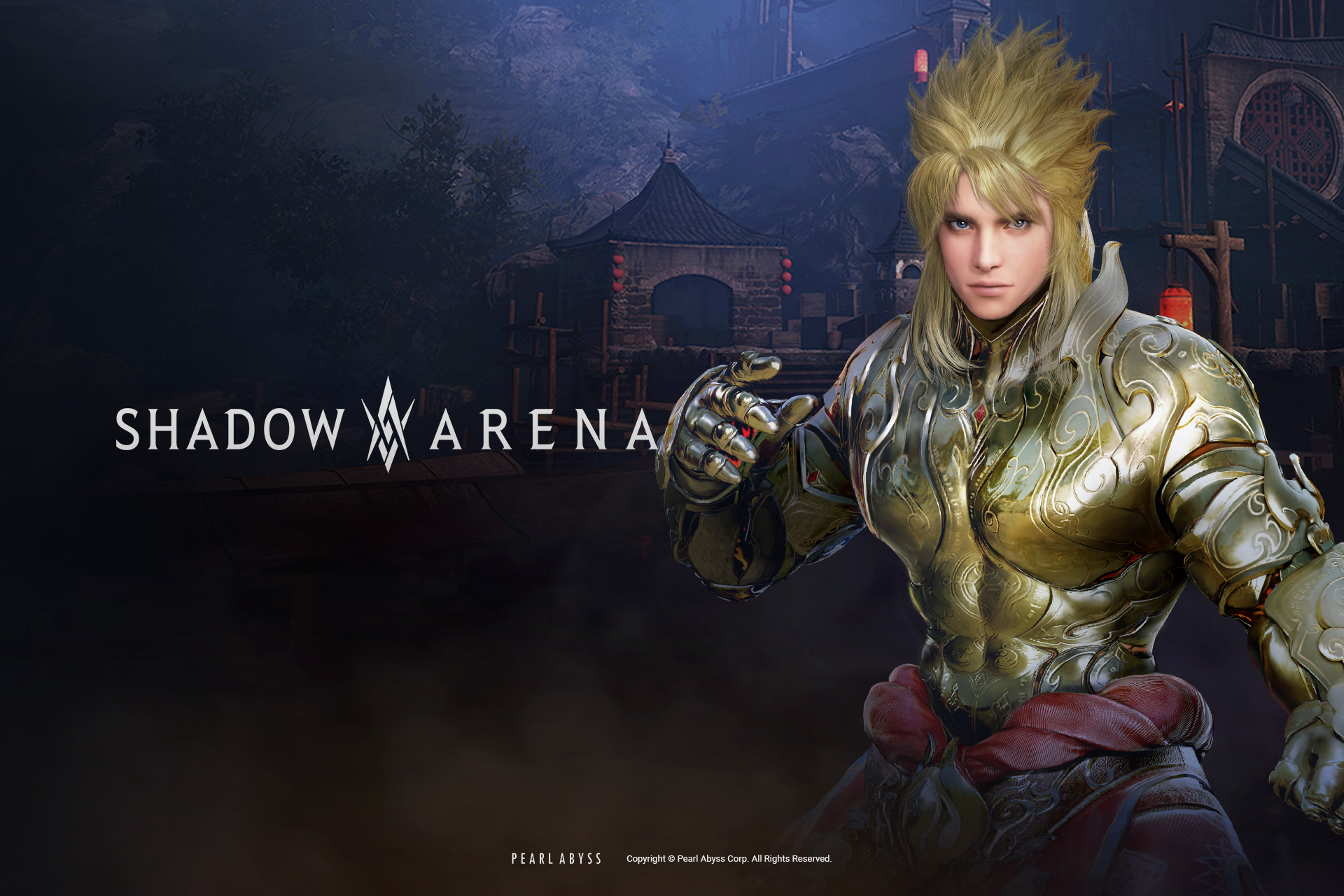 ▶ Go to [Badal the Golden Guide]

- Changed the stiffness effect to not be applied while stunned.

- Changed Matchlock, Hand of Healing, Kick to be disabled when the Hero fell down.

- Fixed an issue where the message wasn’t being shown when the increase attack speed buff was applied.

- Fixed an issue where the skill immediately shoots when moving while the skill was maintained.

- Fixed an issue where the message wasn’t being shown when decrease Movement speed buff was applied.

- Fixed an issue where the message wasn’t being shown when the recovery buff was applied.

- Fixed an issue where the message wasn’t being shown when decrease attack debuff was being applied.

- Fixed an issue where consecutive attack in a diagonal direction was impossible when making a basic attack in Courage Stance.

- Improved buff effect that is applied in Switch Stance to be shown.

- Stab attack will be made automatically and immediately after dash hit.

- Decreased the skill casting time by 20%.

- Changed the skill usage method and effect as follows.

We increased the amusement of controls by slightly increasing Venslar’s monster hunt efficiency and the response of Radiant Pursuit and Breath of Elion.

We deleted the charge spec of Breath of Elion and modified the immediate casting effect.

- Increased the damage of melee attack by 50%.

> When cancelling charge, he will cancel mocing and make a smash attack.

- Added the attack range of smash attack to be shown.

- Increased the speed of dash attack while sprinting (charging headbutt) by 6.7%.

- When using the skill, Wu-Ju will charge energy and then explode.

- Super Armor effect will be applied while charging.

> (Before) Invincible → (After) Super Armor

- Explode immediately when pressing LMB or Q while charging. The range of explosion will increase as Wu-Ju charges more energy.

- Explosion damage has been changed to Guard Break and Blowback.

> (Before) Blowback → (After) Guard Break, Blowback

- Increased the duration of stealth mode from 2 seconds to 3 seconds.

- Wu-Ju will make a headbutt attack immediately when pressing LMB or Q in stealth.

- Fixed the issue where a message would not be shown when DP decrease effect was applied.

- Fixed the issue where the decreased amount of DP was written less than the actual amount in the skill description.

- Fixed the issue where a message would not be shown when Movement Speed decrease effect was applied.

Hide-and-Seek(Q) of Wu-Ju was a skill that is very difficult to use with no significant advantage upon a successful hit.

Therefore, we have changed the skill to be an explosive skill.

- Fixed a typo in DP decrease buff message that is applied when the counter attack succeeds.

- Changed charge to be enabled when maintaining skill.

> Smash attack will be enabled when cancelling charge.

- Improved the speed of smash attack to be faster after charging.

- Fixed an issue where moving after smash attack was awkward.

It was hard to know intutively when and how Thunder Strike should be used.

As such, we changed controls so the Thunder will be mainained when pressing Q and the thunder to be instantly thrown when not pressing the Q.

- Added 3 final stages that changes in every game-play.

1) Village near the Tulip Farm

2) Forest below the Eastern Marsh

- Fixed the issue where the range of Light of Ascension would not be seen by the surrounding background.
- Reduced the flame damage of the Red Dragon by 12.5%.
> Players with DP 400 will lose approximately 8,500 HP when hit by the flame.
- The color of the Fairy of Light will change when a Hero approaches it.
- When the Fairy of Light reaches the Relic of Time, an effect will be shown indicating the activation of the Relic.
- Unified the appearance of Ancient Relics to be rectangular.

- Improved the visual effect shown when an Ancient Relic is destroyed.

The newly added final stages are places where players can engage in fights using geographical features,

for example, hiding in certain spots.

Apart from mere changes in the location of the final stage, we expect team fights to be more diversified where teams have to plan strategies to ascend while looking out for other teams.

Also, obtaining the Ancient Relic (Red Dragon’s Offering) by a team, an objective added to vitalize the later part of battle, had too much advantage leading to the Light of Ascension.

Therefore, we have reduced the overall damage for defensive/brawler type Heroes to better resist the flames of the Red Dragon. So, we try not to delete the elements that teams can take advantage of, but come up with solutions for others to respond to them, diversifying options players can take to win.

We would like to apologize for the issue where the range of ascension was covered and unseen in places near the water or hills.

We have added dimensional effects to it for better visibility. Players can engage in fights using geographical features by the newly added final stages.

- Widened the spawn range of Shadow Trolls that appear in 1 minute after the match begins.
- Added visual/sound effects when normal monsters or Shadow Trolls appear.

- Improved the effects displayed when monsters and Heroes die.

> Improved the death motion to be more lively.

> Improved the sounds to be heard better.

- Changed the effect and price of items as follows:

Chain Main Armor is the only gear that has Use Effects, but due to its high price and short duration of the effect,

it could not be utilized well enough in battles.

However, unlike other offensive items, it deals damage to enemies as passive, in which we are careful in adding

high efficiency to it. Therefore we have added a pinch of upgrade to it in this update, and we hope players find it helpful in battles.

to survive longer in battles in the later part of the match, we have added certain skills for Heroes and effects

that “ignore and reduce DP” to items and objectives.

This also implies that the advantage of purchasing defensive items has dropped. Therefore, we have added item “Cloak of Giants” that can help you survive longer regardless of your DP.

We have also added “Corrupted Hook,” a final item purchaseable,

for attacking players to respond to the heightened HP of the enemy.

- Changed the time UI on the right side of the World Map to only display the remaining time.

- Changed the color of the message displayed when buff or debuff effects are applied.

- Changed the UI so that information on assist during the match is shown on the Party Members UI and the results screen. 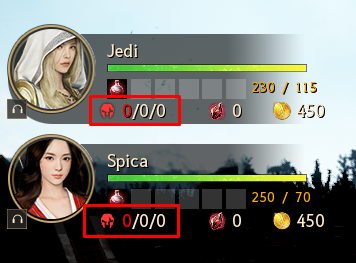 - Added a UI to show the unclaimed rewards.

> Any unclaimed rewards from the match will be displayed in the UI automatically when returning to the lobby.

> The rewards can be checked by clicking on the top-right side of the lobby. 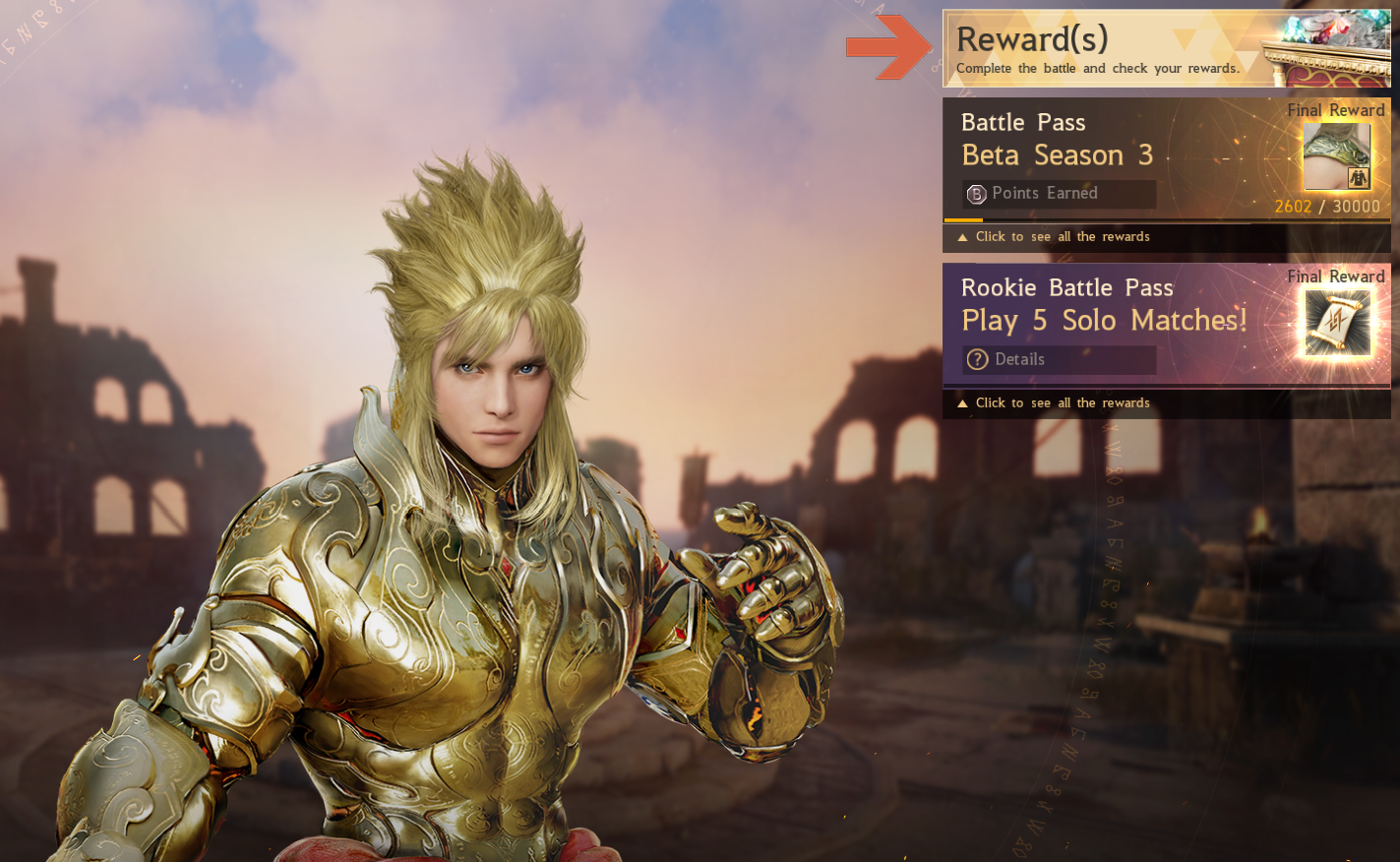 - Fixed the issue where damage would not be applied when Ignore DP was 100% or higher.

- Fixed the issue where the background music would be turned on 2 minutes after the final stage begins.

- Fixed the issue where AI players would not be revived periodically.

- Fixed the issue where there would be no sound when an AI player dies.

- Enabled changing the status window in-game and settings for chat macro in the settings window.

- Fixed the issue where the kill streak information would not be reset when an AI player dies.

Increased the number of tokens provided in Sparring Grounds for players to try out various item sets.