Greeting, this is Shadow Arena.

Here are the updates to March 4 (Thu). 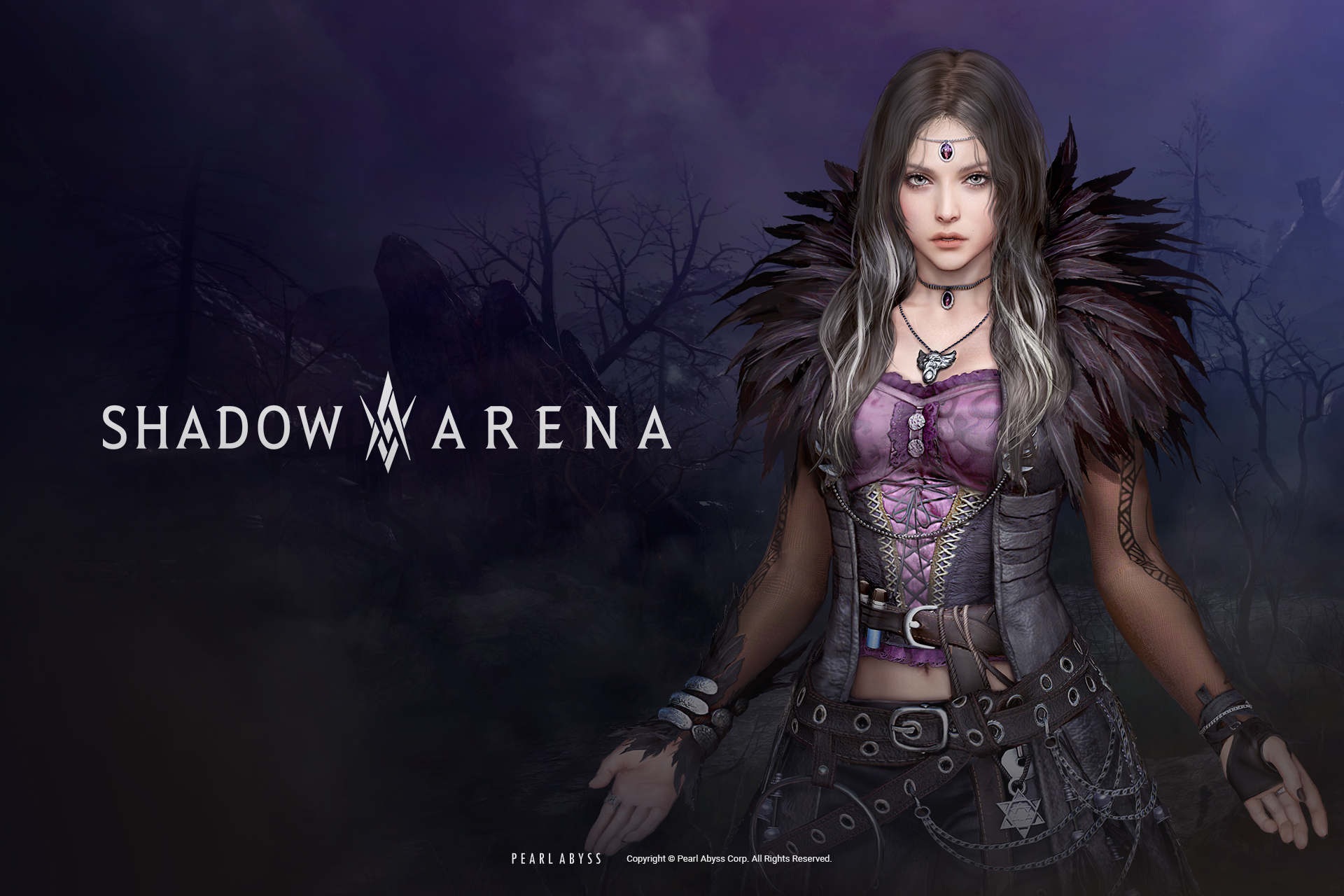 ▶ Go to [Guide for Hexe Marie]

Finally, we added all previous heroes from Shadow Arena before renewal. We have been constantly releasing them for players who might be waiting on certain heroes. Although you’ve seen them before the renewal, they have been revamped to correspond with the new combat system, where their skills were modified, added, or deleted.

We mainly focused on two parts: the first was to keep the hero’s concept original, and the second was to guarantee excitement and competence for each hero in playing for the team’s victory. However, the balance among heroes definitely needed more works, since cases demonstrate how most of Support heroes struggle in team fights while Brawler heroes outstand.

At this point, we think it is necessary to reevaluate each hero to thrive in the new combat system. Upcoming hero patches will be directed towards improvement of their individual position in team fights and resolving other inconveniences. New and appealing characters are also on their way, so please stay tuned!

- Fixed the issue where AI players of enemy parties would not fight against each other.

- Fixed the issue where skills such as Roll or Black Spirit Skills lagged after being hit by Lahn with Crimson Nether Flower.

- Server stability maintenance has been performed to smoothly sync monster HP and location.

- Fixed the issue where Healing Hand would sometimes leave out recovery effect and only be applied to cooldown.

- Fixed the issue where beneficial buffs including HP recovery and AP increase would not work between AI players.

- Fixed the issue where AI player would sometimes not die from Dark Fog after Ascension.

We dealt with the bugs reported last week as our priority. Currently we are working to find reasons and solutions to other issues such as: 1. Skills missing the target due to desyncs in CC, 2. Matching is complete but displays error message “Currently Full”, 3. Monsters getting stuck in the landscape, et cetera. We are putting our best efforts to fix the reported bugs as our top concern for the best in-game environment.

- When using Dark Shift, Invincibility will be maintained for max 3 seconds.

> Press (LMB) while in the Dark Shift mode to return to the normal state immediately.

- Changed the aiming animation of Matchlock to loading gunpowder.

We increased the efficacy of less used Black Spirit Skills. For Dark Shift as an instance, we improved the skill by letting it evade the attack patterns of Crimson Dragon and more effectively evade in other battles against opponents.

- The revival animation of all Heroes and AI players have been changed to Super Armor.

- Fixed the issue where the Basic Attack effect did not display the actual movement of the sword.

- Fixed the Skill Description as below:

> (Before) Click LMB or RMB while charging to fire the arrow immediately. → (Now) Hold RMB to charge energy up to level 4.

- Improved the striking motion to be faster.

- Fixed the issue where sometimes the damage was not applied while the skill perfectly hit the enemy.

- Improved the design of bullet icon.

- Increased the Basic Attack’s firing speed of multiple shots by 10%.

- Reduced the distance moved by recoil by 33%.

- Fixed the issue where Stamina would not go down while running to make Forward Moving Attack.

- Fixed the issue where, while jumping down or making a dash jump attack, the character will attack in the air and then fall.

- Fixed so that one of the three weathers will be applied depending on the closing spot of Dark Fog.

- Fixed the issue where nearby allies’ icon disappears when Aal’s Eye effect vanishes.

- Fixed the issue where the enemy detection effect only lasted for 3 seconds when using Beacon of Light.

> The effect will be applied for 10 sec as written in the item description.

The newly added three kinds of weather will have a rather darker tone, shrouding the arena with greater suspense and thrills. Also, we will work to add more weather conditions such as rain, snow, or clear sunny sky but to an extent that they do not harm the visibility in game, letting players experience a new atmosphere in each battle.

- Players will obtain a full amount of tokens when an AI player in their team defeats a monster or the enemy.

- Changed so that enemy AI party will obtain more tokens.

- Changed the prices of some items as below.

- When combining items to make the following offensive high-rank items except Great Sword of the Vanguard, “Curved Wooden Sword” will be used instead of “Steel Longsword”.

> Great Sword of the Vanguard will be made with combination of Steel Longsword and 1,000 tokens, just as it is now.

- When combining items to make the followning defensive high-rank items except Mithril Shield, “Wooden Shield” will be used instead of “Iron Shield”.

> Mithril Shield will be made with combination of Iron Shield and 800 tokens, just as it is now.

Also, “Old Longsword” and “Steel Longsword” had very similar effects and similar icons, although they were not interchangeable in combinations for high-rank items. To avoid confusion, we changed Old Longsword to “Curved Wooden Sword”. Then, we also changed combinations for all high-rank items except “Great Sword of the Vanguard” and “Mithril Shield” to require “Curved Wooden Sword” or “Wooden Shield”. Now, to obtain Great Sword of the Vanguard or Mithril Shield that only affects either AP or DP, it would be better for players to save tokens and rather buy Steel Longsword or Iron Shield.

- Changed the movement of Dark Fog as below.

> (Before) Dark Fog started closing in since 2 min after the match begins and reached its final spot at the 15-minute mark.

> Fixed the issue from the previous patch where the Dark Fog would form in an awkward area.

- Improved the World Map so that it will zoom into the center of Dark Fog as the Fog closes in.

- Improved so that Party Member Status will show chat bubbles to indicate which member has just revived.

- Changed the basic key for viewing the Survivor Status from [V] to [Caps Lock].

> But if you have set the [V] key for other commands at [Settings] – [Control Settings], your settings will remain.

- Improved the design of Ascension gage.

- Fixed the issue where Shultz AI would attack the player while playing Tutorial for Black Spirit Skills.

- For heroes with Sub-weapons, both Weapons and Sun-weapons will be displayed on the Hero Selection Screen.

- You can now edit your own Quick Chat.

> However, your edited content will not be automatically translated to other players. 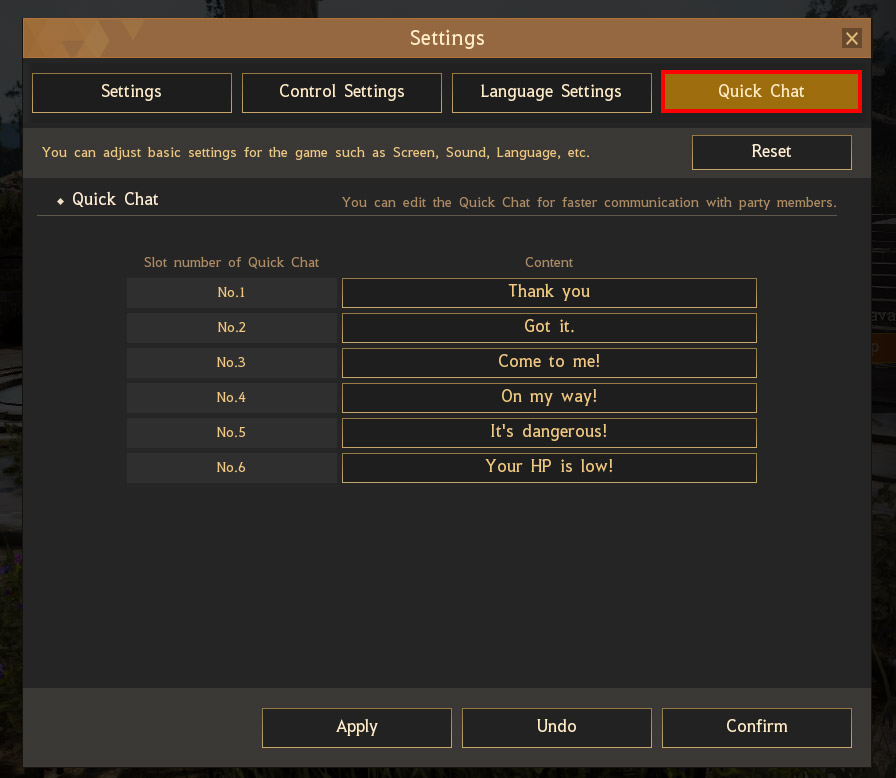 - Sub-weapon part has been removed from the introduction of the following heroes who do not use Sub-weapons.