- A new hero, “Ataraxia” has been added. 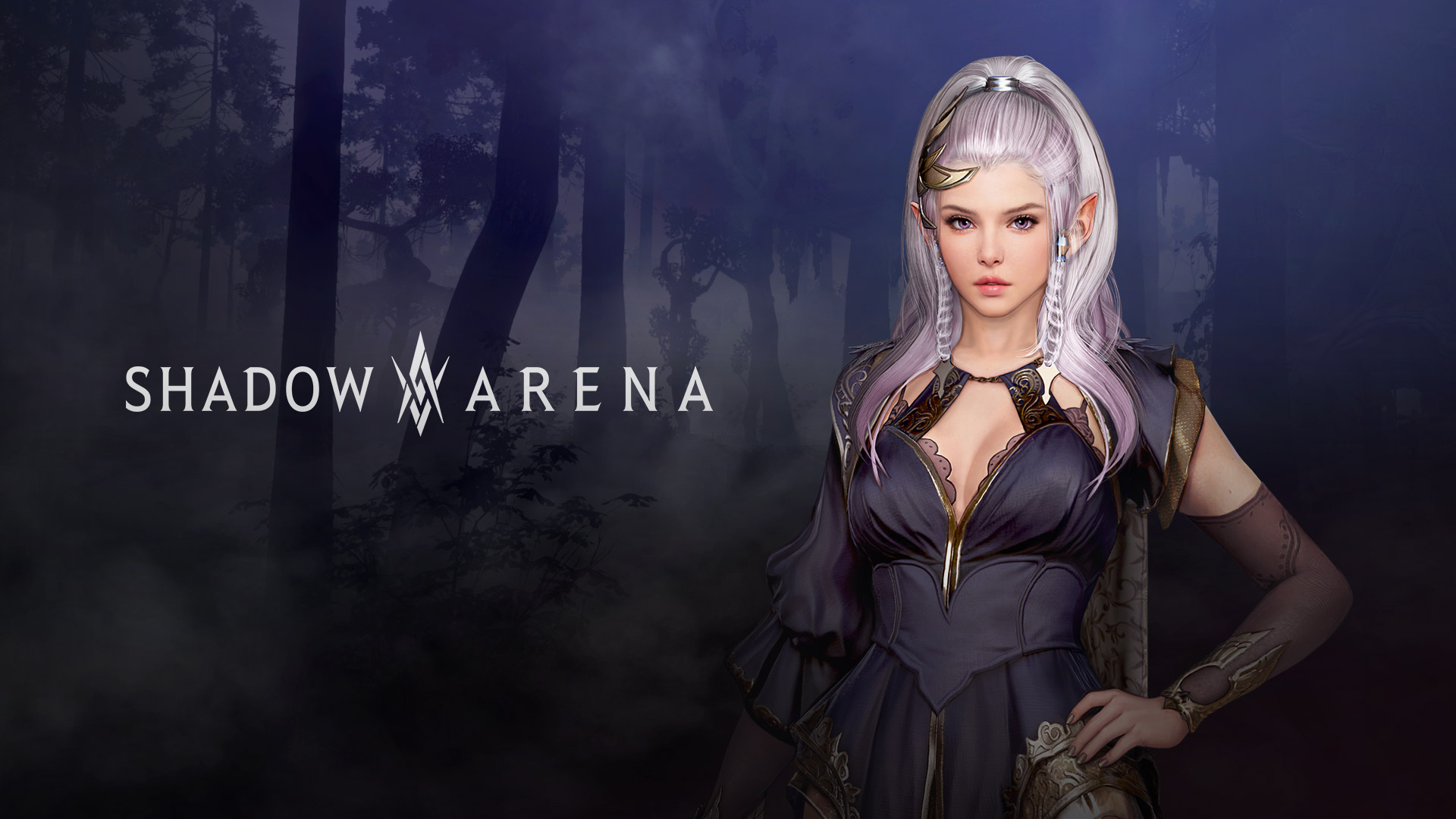 > When the new season starts, your performance during the pre-season will not be reflected to the record of the previous season.

- Fixed the issue where the back attack UI did not appear.

- Fixed the issue where, if the player moved the mouse continuously in one direction while holding the [ ` ] key, the ping message in the opposite direction was selected.

- Removed the icons of some Ancient Relics that do not actually appear (Tycoon’s Grace, Random) from the World Map.

- Removed the descriptions of some Ancient Relics that do not actually appear (Tycoon’s Grace, Random) from the Trio Mode guide.

- Fixed the issue where the Ascension motion repeated multiple times.

■ Tutorial has been revamped

- We improved the control tutorial and added game tutorial.

> If you log in to the game for the first time after creating an account, the tutorial menu will pop up automatically and ask you to enter.

- We added a UI to appear at the end of the control tutorial, where players can choose to proceed with the game tutorial.

- In the game tutorial, players can try out the following features and content, which are necessary for playing the game.

- The game tutorial can be accessed again by going to [Start] > [Tutorial] even after your first login.

This time, we focused on developing the tutorial, which was the first topic discussed in the last dev’s notes. In this newly renovated tutorial, players will be guided through the effects of useful objectives/monsters, functions of various UI including the World Map and minimap, and the basic system of the game. A simple guide to the communicative features which are necessary for party playing has also been added. Also, we will be making more improvements on parts that are still difficult for players to understand such as the rules for Ascension and on rewards for completing the Tutorial. Although we are yet to discuss the exact schedule, we will be adding the mastery system and reorganizing the matching system through further updates.

- For all heroes, “Roll” has changed as below.

- The cooldown time for “Roll” will be displayed. 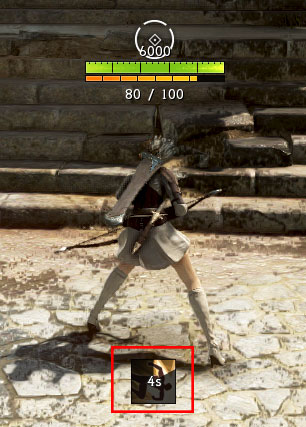 Skill “Roll” had been used as a means of evading attacks in an invincible state. However, as this consumed much Stamina, players had no way but die due to the limited movement after dodging the first attack. Therefore, we significantly decreased the amount of Stamina consumed and made it much more practical in urgent situations. At the same time, we also applied a cooldown of 4 sec, hoping for it to be a skill tactically and thoughtfully used in battles.

- Fixed the issue where she could not Jump as soon as she started Sprinting.

- Fixed the issue where the UI on the bottom left part of the screen did not display the DP decrease in sync when the skill accurately hit the target.

- Adjusted the aiming point to increase the hit range and make targeting easier.

- Fixed the issue where only the HP bar would appear without the tree instantly summoned , when summoning the Kamasylve Tree.

- Added an animation to be displayed when the summoned tree disappears.

- Changed the Hero’s AP and DP as below:

- Transitioning from the Sprint Back Attack to the next action has become 20% faster.

- Reduced the number of hits by 2. Accordingly, the skill damage was reduced by 16.3%.

- Fixed the issue where the Movement and Attack Speed UI at the bottom left of the screen displayed an incorrect information when skill hit the target.

- Changed the control for activating [Heilang: Roar: Combat] as below:

- Enlarged the angle by 50% in which Ba-Ri can change the direction of her movement while attacking.

- Improved so that Super Armor would be applied until right before striking down.

- Added an effect to Heilang’s Territory where Heilang can now recover the HP of all party members including Ba-Ri up to 2,000.

- Reduced the duration of Hungry Black Spirit from 10 sec to 8 sec.

- Increased the angle by 25% in which Wu-Ju can change his direction while on the Mini-Laytenn.

- Chaged the effect of Mini-Laytenn's laser from Stiffness to Guard Break and Blowback.

- Increased the cooldown of Mini-Laytenn's laser by 0.3 sec.

- Reduced the skill damage by approximately 12.5%.

- Haru can give approximately 30% more damage when using another skill in the stealth mode.

- Changed so that the opponent will be stunned for 1 sec if Heart Aiming accurately hit the target.

| Blades of Retribution/Breath of Elion (E)

With the start of the Pre-season, we took into consideration the feedback that support-type heroes are relatively less practical in battles than other heroes. So, we primarily adjusted the practicality of those heroes in this update. When the new season starts next week, there will be another series of updates focusing on character balance, control, and bugs.

- The factors that affect the tier points have changed as below:

※ AI player’s tier will be calculated as Shade (0 point).

Ex) If players with tiers Bronze V, Silver III, and Gold II are in the same team, the team’s average tier is Silver IV (7).

> Decimals are rounded down.

Starting this Pre-season, a new tier point system will be applied where the kill/assist points and the parties’ difference in performance affect the result. If you win against an opponent party of a higher tier, you will get more points. On the other hand, fewer points will be given in easier matches. The tier point system in the last season highly relied on the number of battles played, making it difficult to get the accurate measurement of players’ competency. Therefore, for the new season, we tried to improve the tier system to take each of the players’ combat abilities into account while considering the tier difference between parties. This will make earning tier points not so simple as it was in the previous season, where players could raise their tier by increasing the number of matches played. Instead, the individual player’s contribution to the team’s victory will be the key to earn a lot of points.

- New items have been added.

We used to have just one item, Orb of Harmony, that provides AP and DP buffs at the same time. This apparently has been attracting many players who value the balance between attack and defense. Now, we have added more options that will increase AP and DP simultaneously, and on top of that, can be obtained by combining items.

- An animation effect will be shown when returning to the normal state after using the Black Spirit skill.

- Improved so that the character can quickly use skills after firing a matchlock.

The Black Spirit skill “Electric Shock” can temporarily lower the speed of nearby enemies and, simultaneously, reduce their AP. Surely the skill can be useful when chasing after enemies as they lose their movement speed, but we rather expect it to be used to help the survival of oneself and the allies at stake.

“Taunt” is a Black Spirit skill that can aggrandize the efficiency of looting items until about halfway through the battle. We know that most players tend to hunt nearby monsters repetitively before they fight against enemies. This not only reduces the fun of the game but also postpones battles over objectives due to the time-consuming nature of farming. We will improve this aspect as we update in-game content in the future, but we hope that players will be able to loot items faster by using “Taunt” and reach the objectives they want to get at their designated appearance times. Of course, this skill cannot be used against players, so it would be wise to have only a few players in each team use it.

We will keep adding more Black Spirit Skills of various concepts so that interesting variables in battles will keep the game evolving.

- Trees in certain areas have been removed for better visibility. (Added)

- [Just log in and the new skin is yours!] Event has begun.

> Simply log in for 7 consecutive days during the event period, and you will receive a skin for “Ataraxia,” a new hero!

- Changed the maximum number of AI parties allowed in the arena from 7 to 9.

- AI players will join your party 2 min 10 sec after the last player joins your party, not 1 min 30 sec.

> If another player enters in between, the time will reset to 2 min and 10 sec.

As there are many players around the evening, we have delayed the time where AI players automatically join your party. Also, for the times when the number of players online is relatively small, we changed the number of AI parties allowed on the battlefield to 9 to avoid games from being unable to start due to lack of people. However, since the AI players’ tier point is set as 0 (zero) in the new tier system through this update, players with higher tiers will earn fewer points even if they win the match.

- Hero description of Ataraxia has been added.

- Beta 4 Season Pre-season has been added.