Here are the updates made to Shadow Arena during the client update on July 16 (Fri).

- Stun and Knockback will now affect players that are knocked down.

> However, the effect does not apply to players who are blown away by the blowback effect.

- A green visual effect will now appear on the portrait of a party member who can be revived.

- Added a visual indicator for HP recovery that will appear on top of the hero and their HP bar when they recover more than 3% of their HP.

- Hit effects will now appear at the top of the HP bar.

- If you have not accepted or rejected a Clan Invitation, the invitation message will now remain viewable for 7 days before it expires.

- If a player accepts or rejects a Clan Invitation, you will now be able to see the decision as a notification message and/or in the chat window.

- Improved clan invitations to allow you to invite someone to your clan by left-clicking their nickname in the friends list, in-game chat, or main lobby chat window.

- Fixed an issue where the online status of your friends would sometimes not be properly displayed.

- Fixed an issue where pings would sometimes not disappear from the World Map.

- Made improvements for an issue where an opponent’s title would appear even when out of vision range.

From the start, we intended for crowd control effects such as stuns or knockbacks to not affect players who were immobilized on the ground due to being knocked down, blown away, or knocked up in order to prevent cases where they would suddenly stand up if the effect was inflicted (which is quite awkward-looking). However, players who were unfamiliar with this concept had a hard time recognizing this fact, and it was incredibly difficult to watch a player get back up and inflict a standing CC on them. Thus, we’ve changed the CC rule to allow you to apply standing CCs on knocked-down players and modified the animation to appear as natural as possible.

As we mentioned in the previous Dev Note, we’re currently working on improvements to the Clan feature. The changes in this patch are just the start, and we will mostly be prioritizing essential clan features. For this week, we’ve improved the clan invites to allow players to easily send invites through the chat window, and check whether the invitee accepted the invite or not.

After finishing a match, players can purchase 1 to 5 items that appear in the Support Shop depending on the tier points they’ve earned. However, their prices are not affected by tier points as they are decided by a set probability.

- If you were promoted to the next tier, you can purchase 5 items. 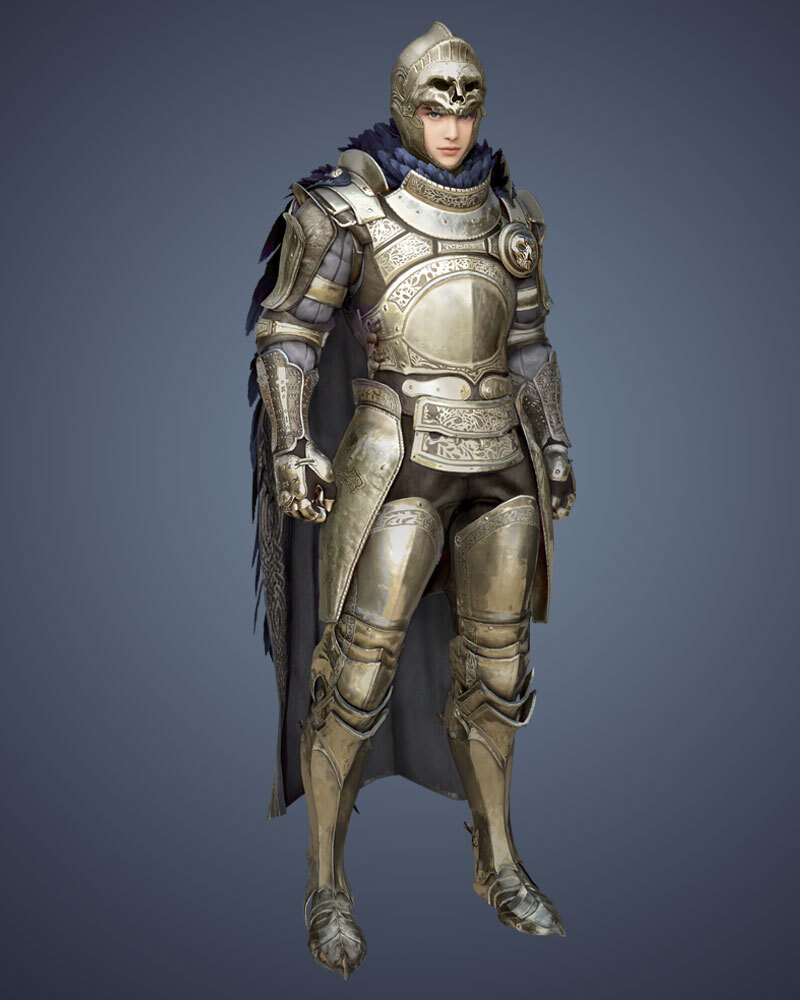 - Improved the attack speed of the third attack so that combo after the second attack is guaranteed.

- Fixed an issue where you would jump over the opponent after the first attack.

Unlike A, Formation Break B does not start with a charge but with a melee attack as its first strike that allows Jordine to execute up to a three-hit attack and blow away the enemy. However, the opponent could dodge the attack by immediately rolling away before being hit by the third attack. As a result, we’ve increased the speed of the third attack to ensure that it is guaranteed to follow up.

- Fixed the value of damage in the skill description to match the actual amount of damage.

- Improved the casting speed to be faster and decreased her jump height.

Compared to Red Moon A, Red Moon B is a skill that allows Yeonhwa to unleash a continuous stream of attacks on her enemy for an extended period, but it lacks an Invincible effect to protect her, leaving her vulnerable to other attacks. As a result, we improved the skill's attack movements to make it easier to land the first hit and increased the skill's damage upon a successful hit.

However, due to the long casting time of the skill, players may find it difficult to stop mid-attack, and opponents may find it unfair when they are on the receiving end of the attack. Since these changes can have a great impact on gameplay, we will closely monitor the situation and make improvements if it is needed.

- Improved the skill to cause the explosion to spread faster in both directions after hurling the orb.

- Improved the speed of the Smash attack to be faster.

We’ve increased the speed of the Smash attack so that, if the first strike was successful, it would guarantee a combo into the final Smash attack.

- Changed so that an Invincibility effect will be applied until the last attack.

- Changed so that, if skills enhanced by Golden Gate B were activated, Super Armor effect would only be applied to the last third or fourth strike.

- Changed so that, after you made the last strike, you may not connect the attack into other skills or moves for approximately 1 sec.

> However, Helix Cannon can be used immediately after this skill.

- Changed so that, after you made the last strike, you may not connect the attack into other skills or moves for approximately 1 sec.

> However, Helix Cannon can be used immediately after this skill.

- Increased the transition time from the last attack to the next skill or movement by 0.6 sec when Golden Gate B is active.

Golden Gate B was designed to enhance certain skills, allowing players to overpower and hit their opponents for a longer time. However, since every action enhanced by Thunder Breaker was protected with Super Armor and combined with the ability to combo to another skill after a long string of attacks, Badal’s opponents found it incredibly daunting to challenge him. As a result, we have slightly nerfed the skill.

Just like Yeonhwa’s Red Moon B, we will closely monitor how these changes play out among players and quickly make adjustments should any concerns arise.

- Changed so that the speed of his spin attack would be faster.

We have increased the speed of the spin attack so that, if the first strike was successful, it would guarantee a combo into the last spin attack.

- Improved the casting speed to be faster.

- Improved so that you may cancel the skill by using other skills.

- Fixed the issue where the camera effect would not be reset after you used Judgement of Light B.

- Fixed the issue where the visual effect would remain if you switched to other skills while using the following skills:

> Blades of Retribution B (Courage Stance)

- Fixed an issue where the direction of Lahn's Kick would not be properly updated on the opponent's screen if you use the skill while changing the camera direction.

Avalanche B is an offensive skill that allows Igrid to quickly charge towards her enemies and knock them up within a certain distance. However, it was near impossible for players to respond to her charge attack when the skill was used at close range. As a result, the “prep” animation of the skill was slightly increased to grant enough time for players to respond to the attack. On the flip side, Igrid will now charge further, meaning that opponents will have to be alert even from afar.

- Increased the attack speed of Blizzard B skill by 10%.

- Changed the effect of Blizzard B skill’s second strike from Knockdown to Knockup.

- Improved the speed of the immediate attack to be faster without charging energy.

[Dev Note]
If you used Fourth Blade: Demon Rend B without charging energy, you could combo it into other attack skills. But as it lacked any defensive abilities and the transition time to Blizzard B took too long, it was not used often. Therefore, the total speed of the skill was increased so that the transition of the attack combo from Fourth Blade: Demon Rend B to the last strike of Blizzard B could be made more smoothly.

- Fixed an issue where Explosive Slugfest did not activate when using Power Jump A in a fully reloaded state after using Overload B.

- Fixed an issue where, if you used the skill while having the Power of Quturan, the cooldown of the skill was not applied.

- Increased the max damage of each strike dealt by crows by approximately 12%.

* The Pearl Abyss website was updated with the following improvements and changes on July 14 (Wed).

- Removed the disagree button at the bottom of the “Agree to Terms of Use” page during sign-up.

- Changed the design of the email verification page.

- Logging in to an account from a new region without prior login history will now send an email notification.

- Added a section for games of interest in the account details of My Page.

- Added a 'Please log in to play the game.' message to appear on the launcher login screen.

- Improved the design of the game selection page.