Here are the updates made to Shadow Arena during the maintenance on August 26 (Thu).

- Added the option to move the HP and stamina bar to the bottom of the screen. 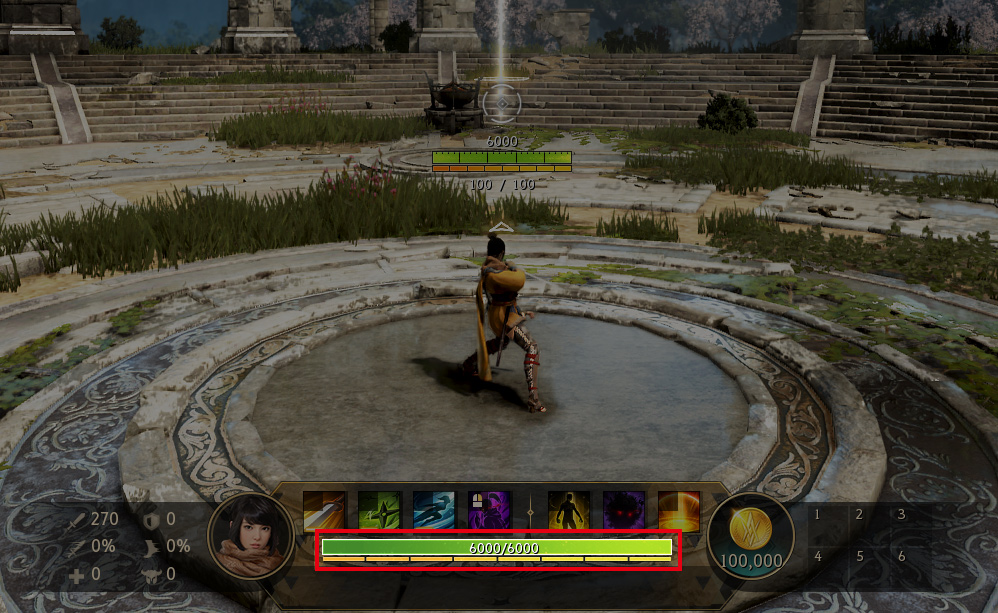 > Press ESC > Settings to enable or disable this option.

- Decreased the motion time of crouch / prone for all Heroes.

- Increased the movement speed while in prone position for all Heroes.

[Dev Note]
Sit/Prone has been changed to make it more viable for survival or ambush attack situations. In addition, we believe more players will take advantage of this change when used together with the newly introduced "Dark Nebula" (new object).

-Decreased the time to switch to another action right after the shield strike by approximately 0.17 second.

- Increased the charging distance by 50%.

- Decreased the time it takes to switch from counter stance to attack by 0.1 second.

- Decreased the transition time from using a skill to another action by approximately 0.28 second.

[Dev Note]
In Spinning Slah B, Jordine will take a step back before moving forward for an attack. However, the charging distance was too short which made it difficult to target opponents. As a result, we made improvements to better fit the concept of a “counterattack” by making sure the move forward can be made. In addition, the transition from one action to another after attacking was unusually quick, so a slight reduction was made.

- Fixed the issue where the effect of sprint jump attack would occasionally not appear to opponents after a successful hit.

- Increased the transition time to another action after using the skill by 0.3 second.

- Changed the attack's effect from knockup to blowback.

Due to his high survivability, Schultz has the advantage to fight more aggresively in combat compared to other brawler-type Heroes. As a result, we removed the HP recovery effect of ‘Unleashed Beast’ to lower his current powerful ability to maintain combat. Additionally, the short casting time of Bestial Howl made it impossible for opponents to withstand in combat situations. So, we changed the effect from knockup to blowback to lower his combo-performing abilities.

- Changed so when using Explosive Slugfest, it timmediately uses 4 bullets.

[Dev Note]
The damage from 2 consecutive Explosive Slugfests when used with the Black Spirit skill was too strong, so adjustments were made so that 4 bullets are immediately used when using the skill. We initially sought to maintain the method that players discovered, but realized that if the high damage output was left unchecked, it could affect Tantu's basic performance, so a change was made to prevent the use of this method. Instead, if we determine that Tantu’s performance requires a buff, we will consider reintroducing this method discovered by our players or adding a similar mechanic (being able to use skills consecutively under certain situations).

Due to the increased combo abilities, addition of barriers, and enhanced sprint and special attacks of melee attacks have put ranged heroes in a relatively weak position. Especially for Orwen, the charging motion of the above skills put her at risk, so we reduced the casting time of these skills and increased movement speed while charging skills.

- Fixed the issue where sprint attack and sprint jump attack effects would occasionally not appear to enemies.

- Fixed the issue where the effect of sprint attack would occasionally not appear to enemies.

- Decreased the time to transition to another action after the first lateral attack by approximately 0.15 seconds.

- Decreased the charging distance of the 3rd basic attack in Courage Stance by approximately 50%.

- Improved so while taking Barrier Stance, you could immediately switch to Courage Stance by pressing RMB again.

- Decreased the transition time from Barrier Stance to Courage Stance by approximately 0.83 sec.

- Changed so you could not stab opponents immediately by pressing Q or LMB.

- Added the description on dealing double the damage in the skill description.

[Dev Note]
We improved Venslar's basic attack efficiency because it was low compared to other heroes, making it difficult to hunt (farm). Also, you could only use the Patience Stance skill while in Barrier Stance, and the switch to Courage Stance was slow and frustrating. As a result, while in Barrier Stance, players can now press Q again to switch to Courage Stance and immediately counter attack, giving her more combat versatility.

- Decreased the charging time by approximately 15%.

- Skill controls have been changed to the following.

> Before: Hold Q to increase the Attack Range and cancel the smash attack.

- Improved so you could immediately perform smash attack by pressing Q again.

> Increased the speed of smash attack by approximately 0.56 sec faster than before.

- Improved so smash attack can be performed immediately after using skills without having to hold Q.

> Increased the speed of smash attack by approximately 0.3 sec faster than before.

[Dev Note]
Thunder Strike’s “enhancement per level” mechanism was quite difficult to use in sudden melee situations. Therefore, we greatly reduced the casting time of the first attack, which can be easily used for preemptive strikes and combo attacks.

There was also the frustration caused by the inconvenient controls of Thuder Strike A, which required players to simultaneously hold Q and use the WASD keys to move. As a result, when the skill is used, the "enhancement per level" mechanism will be activated automatically, and the controls have been changed so that pressing Q again will initiate a smash attack.

- Decreased the skill damage by approximately 16%.

- Decreased the skill damage by approximately 7.9%.

- Decreased the skill damage by approximately 9%.

[Dev Note]
Lahn’s lack of defensive abilities (guard, super armor, invincibility, etc.) is made up by the high versatility (ranged attacks, damage, combo, etc.) offered by her skills. Lahn’s already high damage is greatly enhanced by the fact that AP and DP naturally increase over time, allowing her to easily defeat her opponents by using only one or two skills. As a result, we have slightly nerfed the overall damage of her skills.

- Fixed the issue where the effect of sprint jump attack would occasionally not appear for opponents.

- Fixed an issue where the back roll motion appeared awkward.

- Decreased the duration of skill from 7 sec to 5 sec.

[Dev Note]
Heilang’s Territory grants Super Armor to all party members making Ba-Ri & Heilang an essential support hero in Trio mode. However, because the effect was a bit too strong, the skill's duration was reduced by two seconds.

- Changed to apply all hits without holding RMB.

- Changed to stun the first enemy it hits for 0.7 seconds when throwing the boomerang for the first time.

- Changed the maximum hits from 9 hits to 7 hits.

- Reduced the transition time from using the skill to other motions by approximately 0.3 sec.

- Ignore DP effects have been changed to the following.

- Improved so you would jump back approximately 2m and retreat after casting skill.

- Changed so knockback is applied for 0.7 sec to enemies nearby the bonfire.

- Reduced the transition time from using the skill to other motions by approximately 0.25 sec.

[Dev Note]
Durgeff excels as a competent fighter with the support of her allies in Trio mode. But when it came to Solo mode, it was difficult to play aggressively with Durgeff since her performance fell behind in terms of her ability to maintain combat and use combo attacks. As a result, Durgeff received an overall buff in this update.

The major change is that the stun effect has been added to Fire-rang’s first strike, allowing it to be used as a combo attack immediately after using Shining Light. The casting time for all her skills was also increased, allowing the use of guerrilla-style tactics by utilizing her "evasion + fast casting" mechanics. If Shining Light can be used correctly as a survival skill, this should allow Durgeff's performance to be sufficient in Solo mode. 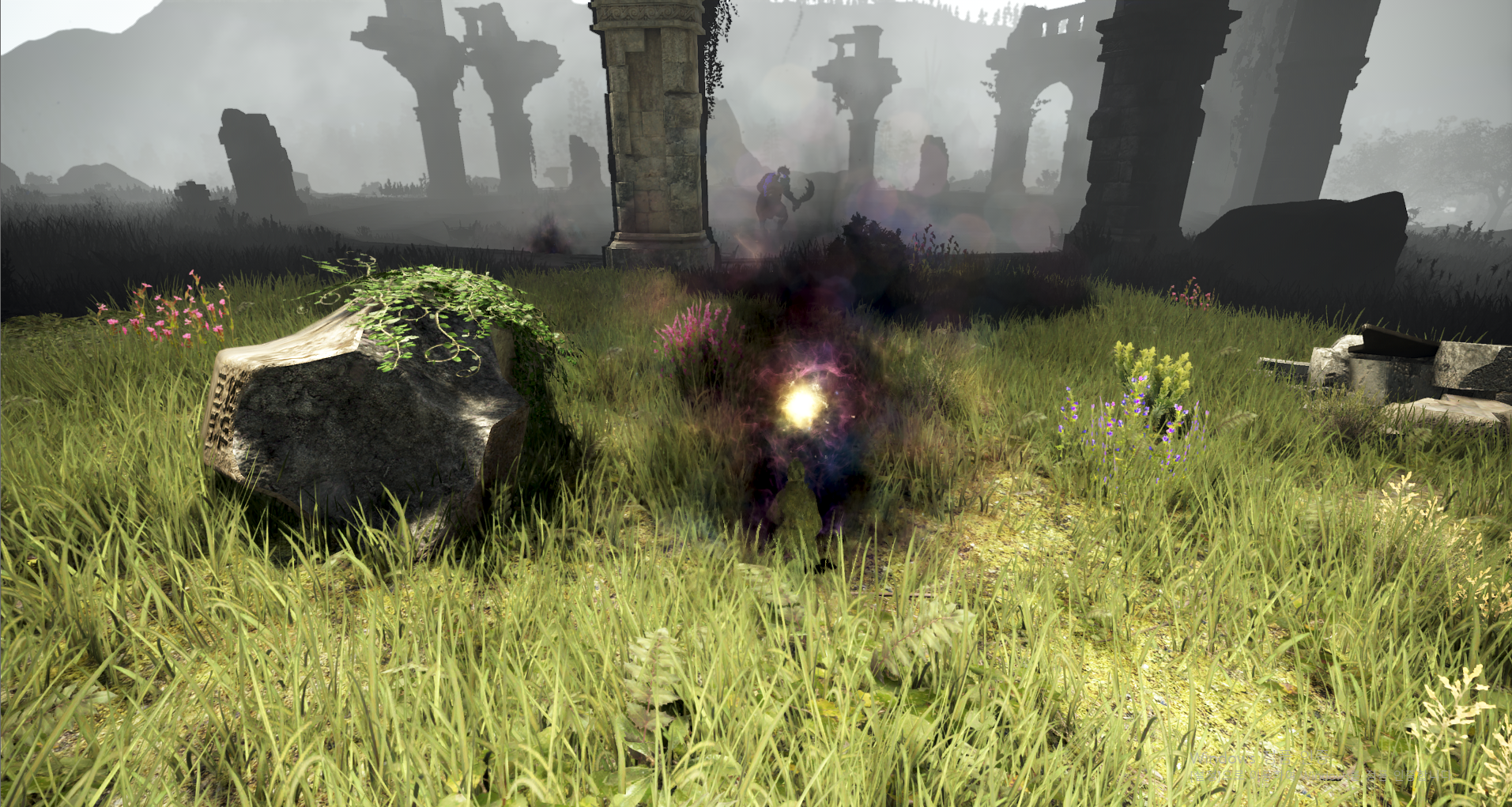 >The Dark Nebula appears in 25 designated locations right after the game starts.

> This stealth mode is disabled if interrupted by moving or usage of skills.

> This stealth mode is disabled if you are hit, and you will automatically get up.

- Improved so bonus tokens are obtained more quickly when you approach them.

The newly added “Dark Nebula” is an object for players who want to come back at enemies with a single attack. The condition of utilizing the effect is quite difficult so sacrifices must be made by users. For example, stealth is immediately deactivated if you move or get hit, so users must wait for someone to come nearby in order to use the buff. However, the effectiveness of the buff is quite high, so if you know the enemy's location in advance by using the Beacon or by using objects in combat, you will conquer in combat even if your growth is a bit lacking. As strong as this object is, the specification will continuously be adjusted through monitoring and reviewing for its utilization.

- The following changes have been made to the Shadow Knights.

> Increased the Shadow Knight's reaction speed when spotting nearby players by 20%.

The Stoneback Crab’s special attack is hard to avoid as it is slightly slow and unpredictable. Therefore, the timing of smash attack was brought up by 0.3 sec faster so that when it performs a roll attack at its normal timing, you may escape from it. Until you become familiar with the new timing of the attack, please be careful as you may experience a numerous number of attacks by Stoneback crabs.

- Improved so Stoneback Crabs do not remain still when attacked by AI players.

- Added a light streak effect when the the Beacon of Blackstar is activated.

- Elixir of Thorn effects have been changed to the following.

- Improved the sound and effects of Goblin Thief.

- The following improvements have been made to Ahon Kirus’ AI bot.

> Fixed so basic attacks are not performed outside of the attack range.

> Fixed the excessively wide attack range of Sun of Destruction.

> Fixed so motion does not appear disconnected while sprint attacks are performed.

> Fixed so Dark Mark is not thrown forward while looking backward.

- [Trio] The following changes have been made to the effects of high-tier offensive items.

[Dev Note]
In trio mode, the effectiveness of defensive items being higher than that of offensive items lead to the issue of combat being excessively delayed in the later stages. Therefore, as in solo mode, the overall efficiency of high-tier offensive items have been increased.

- Barrier can now be used in Sparring Grounds.

- Beacon Keeper will appear near the Beacon of Blackstar. 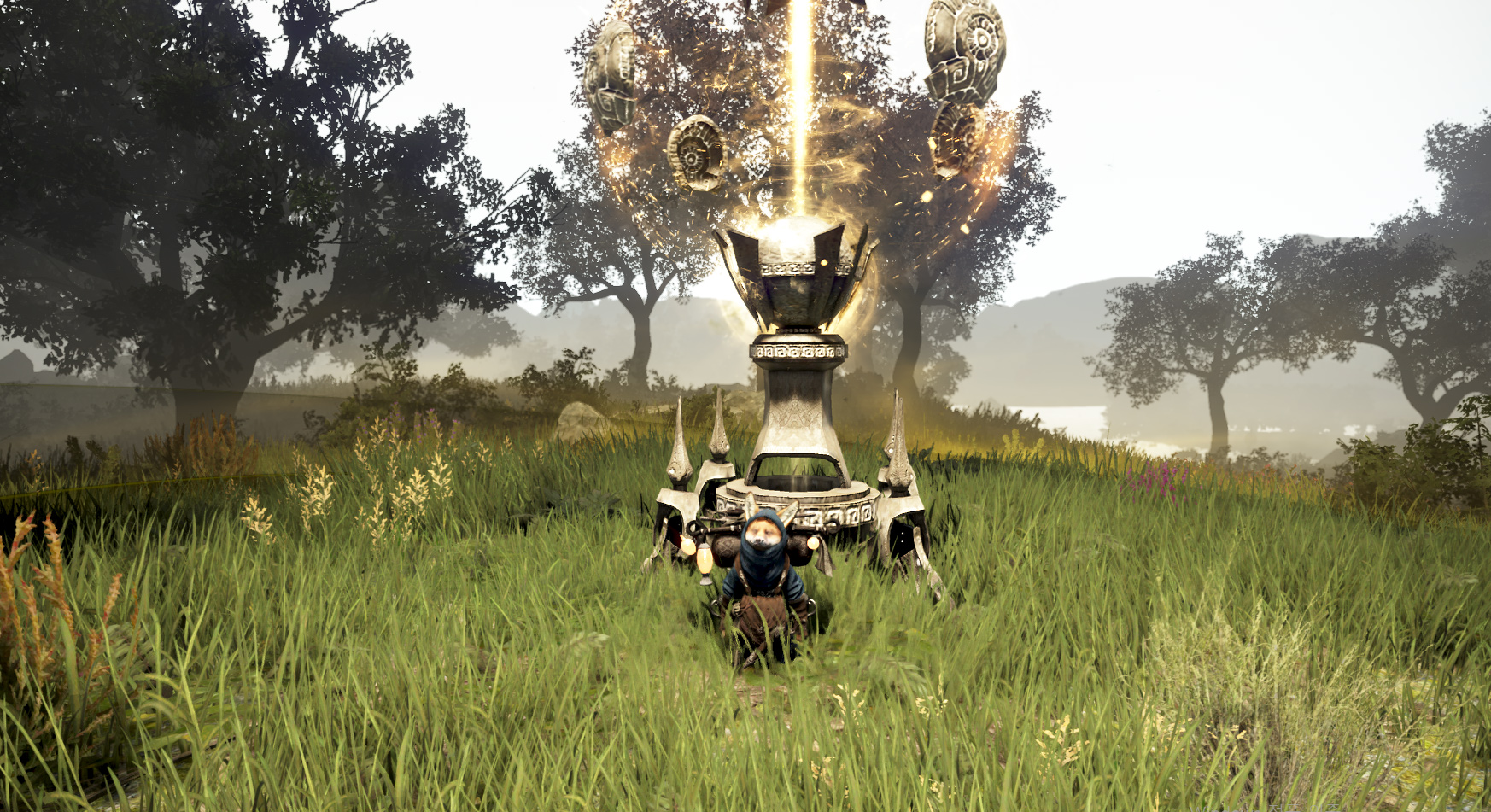 > Currently, the Beacon Keeper NPC is for presentation purposes only, but a unique feature will be added soon.

> The Beacon Keeper will disappear along with the Beacon of Blackstar after 13 minutes.

The Beacon Keeper NPC will be used for the reorganization of the Blackstar Fragment and the Ancient Altar. The features of the content will be applied starting next week and will be completed in September. For the time being, it has no function so it would be appreciated if you could give a friendly welcome when using the Beacon of Blackstar.

- [Goyen] Improved the line break for the Corpse Cut B skill description.

* The following improvements and changes were implemented during the Pearl Abyss website maintenance on August 25 (Wednesday).

- Improved to guide users through re-authentication if email verification fails after a certain number of times.