A [GM] appears in Shadow Arena!

Win a round against a [GM] to put your skills to the test! ᕦ(ò_óˇ)ᕤ

③ If they’re in your match, defeat the GM trio team!

* Check the Hero Status window (V or Caps Lock) to see if a GM is in the room.

* The event rewards are unrelated to the final rankings of the match.

② Enter Solo Mode during the event period, which will be announced in the [general-chat] channel on the official Discord server.

■ See below on how to join the official Shadow Arena Discord server. ▼

▶ Click the emoji that pertains to your region below to gain access to the rest of the channel! 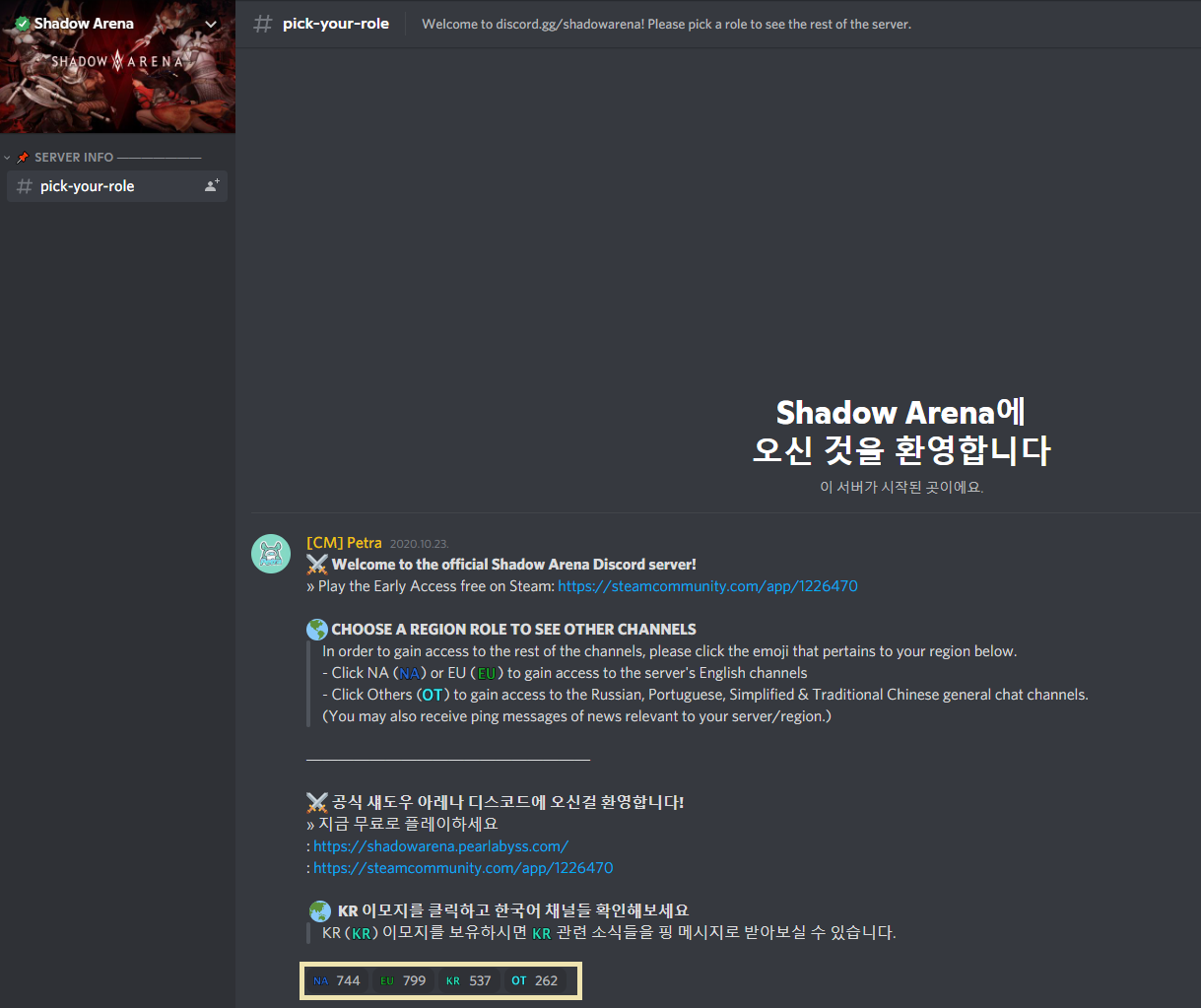 Setp3) Please join [general-chat] after clicking the emoji and gaining access to the rest of the channel!

▶ The [GM] will announce the start time in the chat screen when the event begins. 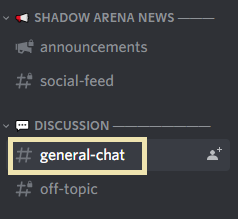 ③ If you’re in the same room with a GM, defeat opponents to receive rewards!

* Check the Hero Status window (V or Caps Lock) to see if a GM is in the room.

* "Defeat the [GM] in Solo Mode" Event will proceed once per round.

- Please note that GM kills only count if they were defeated after the grace period.

* Obtain one of the following dyes available upon using an

* If you participate in the event multiple times and defeat the [GM], you will be rewarded with the highest reward.

you’ll receive the highest reward which is the Calpheonian Dye Box Set.

- Event rewards will be sent to in-game mailboxes after the end of the event.

- The GMs will be playing on equal footing as every other player. No special treatments or GM-only buffs here, folks.

- Pearl Abyss reserves the right to change, modify, or cancel the event depending on its circumstances. If any changes are made, they can be found on this event page.

- If the account of the event winner is restricted due to an act that violates the Shadow Arena Terms of Service at any time before the prize delivery date, the winner may be disqualified and have their prizes withdrawn.

- If you have any other questions or concerns related to the event, please contact us via [Customer Support].