Here are the updates made to Shadow Arena during the maintenance on October 21 (Thu).

> Rewards have been sent out to players according to the Tier and Rank achieved in Beta Season 6. Please check your rewards through the in-game mailbox in the [Achievements]-[Title] menu.

* The reward Pet - Brown Guide Hawk for achieveing 1st-3rd place in ranking will be sent out during the maintenance on October 28 (Thursday). Thank you for your understanding. (Modified)

- [Special Function] have been added

> The ‘Special Function menu will only appear for players who have been granted access to the feature. To find out more about special rewards and benefits, go to [ECS] → [Special Function].

[Dev Note]
We have added a Special Function system where players can access special titles, profile effects, and streaming. As mentioned previously, priority access of the feature was given to players who achieved a 50 or higher ranking in Beta Season 6.

We plan to continue expanding its access by rewarding it as Tier Achievement and Event Rewards and to tournament winners and Partner Streamers.

- Changed the recommended items by Hero in the Shop.

- Changed controls so that you can make an additional attack when you hold R or RMB.

- Changed controls so that you can maintain the aim position for longer when you hold E.

> Immediately fires when you release the E key.

| Blades of Retribution A (E)

- Changed controls so you can make additional attacks when you hold E or RMB.

- Changed controls so the motion of gathering lightning can be canceled when you press Q again after using skill.

- Changed controls so you can immediately make the final blow when you press E again after using skill.

Although Ahon Kirus' Resonating Shadow and Herawen's Thunder Viper A have similar skill mechanics, their skill controls are vastly different. Venslar's Blades of Retribution A and Radiant Pursuit B skills, for example, were similar in that they used the same mechanism to allow for continuous blows, but their skill controls were different, making them difficult to grasp. As a result, the "hold" control was applied to the consecutive attack mechanism, which is used in most skills with consecutive attack mechanisms, and pressing the button again now performs the last hit immediately, similar to Herawen's Thunder Viper A, which has repeated attack motion with the last attack mechanic.

- Fixed the issue where boss armor was dropped when the Shadow Lord was defeated in Tutorial Level 4.

- Added the following Monsters and Objects of Trio in Sparring Grounds.

- Monsters that appear in Sparring Grounds reappear 15 sec after they are defeated.

- AP and HP of Monsters have been adjusted to match the balance of Solo Mode.

- Monsters and Objects except Shadow Lords appear in the same area as the appearance location in Solo Mode.

- Monsters of Sparring Grounds do not attack players unless players strike them first.

[Dev Note]
We have added objects and monsters in Sparring Grounds, which will allow players to experience and practice the contents from Solo/Trio mode prior hand. We hope that this content addition can be utilized to examine how to defeat Shadow Lords faster and more efficiently than others, understand the attack patterns of Stoneback Crab, and experiment with the effects of various items. Currently, only the basic features of the system have been added as we plan to add an interface that informs and guides players on Monsters. Furthermore, we plan to develop Sparring Grounds to be a place of community.

- Added the feature for AI players to select Mastery Skills.

- Changes have been made to the overall actions of AI bots and real Hero players so they are identical.

[Dev Note]
The overall logic of AI Bots has been evaluated and improved.

Although AI bots may not provide the same level of excitement or challenge as real players, and some may regard them as nothing more than monsters to hunt, we are constantly working to make AI bots challenging enough to keep players on their toes and to give new players the satisfaction of securing a kill after a hard-fought battle to help them adjust to the game. The advancement of AI bots is a component that can make the game more enjoyable for both new and experienced players, so we plan to introduce new AI bots as the game develops.

- Fixed the issue where buttons for each mode were not displayed on the [Score Board] > [Profile] screen.

- Removed the maximum AP/DP values, sealed chests, and obtained loot UI from the Recent History Menu in the Main Lobby.

- Improved the UI to make it easier to see battle pass progress. 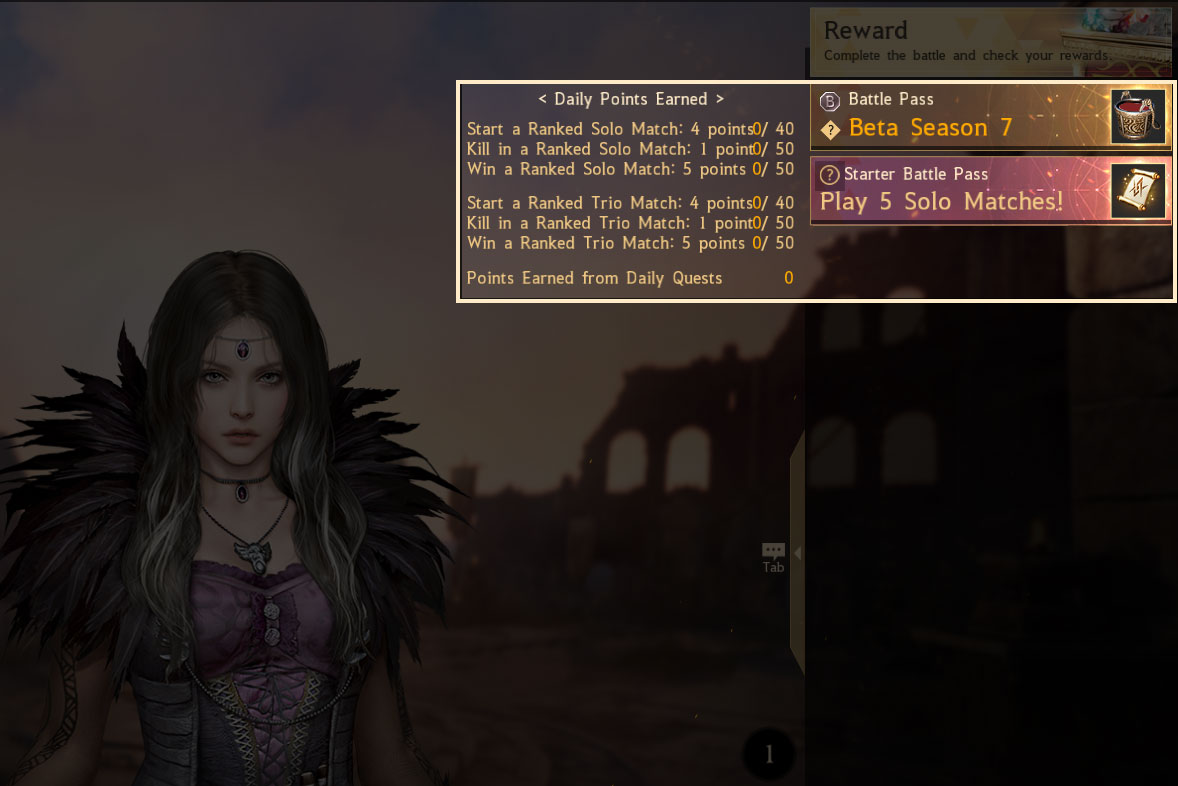 - A scroll has been added to the reward window that appears when clicking on the Battle Pass.

- Added an event banner in the main screen.

- Fixed the issue where the bottom of the nickname was cut off when clicking on the [Account] menu from a mobile device.

* The fixes and improvements listed below were applied during the October 20th (Wed) maintenance made on the Pearl Abyss website.

- Customer Support and email verification for account sign-ups will now use both of the following email domains:

- Changed the location of the page which guides you to the games available to play by region on the sign-up screen.

- Improved so that you can directly enter your email and password when signing up an OpenID.

- Fixed the issue where parental verification would not be processed occasionally.

Click the link above to view the known issues that are currently being investigated
by the developers.