- Changed the resurrection mechanic during the Grace Period to make it not possible to change directions.

- Changed crouching to make it possible to move faster by pressing [Shift].

- Fixed an issue where the Hero would continue to move forward after jumping over a fence or wall even though no movement keys were pressed afterwards.

> Press [Shift] when you have 50% or higher stamina and your Hero will run until they are out of stamina.

> Attack or press [Caps Lock] again during auto-run to stop.

- Fixed an issue where stuns and knockback status would be removed when hit by a basic attack.

- Corpse Cut (2): Reduced HP consumption and recovery to the following.

- Grave Digger (3): Reduced HP consumption and recovery to the following.

- Heart Stab (1): Fixed an issue where the visual effect would sporadically not be applied when used.

- Shadow Step (RMB): Improved to allow jumping and leaping over walls/fences while active.

- Fixed an issue where the cooldown-timer UI would not be displayed after finishing a skill.

- Bond Cut (3): Improved to immediately turn to the direction of the camera upon use.

- Fallen Flower (RMB): Improved to immediately turn to the direction of the camera upon use.

- Fallen Flower (RMB): Changed to apply an attack speed buff according to the distance moved upon use.

- Fallen Flower (RMB): Improved to allow you to charge in a diagonal direction if used with (W+D) or (W+A).

- Sleeve Tangler (2): Improved to immediately turn to the direction of the camera upon use.

- Golden Gate (4): Fixed an issue where the buff would linger if crouching or lying down.

- Golden Gate (4): Changed so that it cannot be used multiple times when there is insufficient stamina.
- Golden Gate (4): Fixed an issue where the AP buff would sporadically not be applied when used 2 or more times in an overlapping manner.

- Golden Gate (4): Fixed an issue where the enhancement buff from Golden Gate would not disappear when attacked while grabbing an enemy with Sleeve Tangler (2).

- Fixed an issue where the cooldown-timer UI would not be displayed when ending a skill with a side attack.

- Arrow Storm (2): Changed to hit up to 3 shots when used in close-range against an enemy.

- Twin Fairy Arrow (3): Increased projectile speed for the first arrow was by 35%.

- Twin Fairy Arrow (3): Changed the damage per level when both shots are successfully hit as follows.

- Explosive Trap (4): Changed to trigger when stepped on by a monster.

- Explosive Trap (4): Changed to no longer be triggered by jumping over it while sprinting.

> Up to 5 players can enter one AI match and all players will be in a “party”.

> Players will be victorious by defeating all 40 AI Bots.

> More information about AI matches will be added to the “[Game Guide] Gameplay Modes”.

> This mode is a “solo” game that do not affect ranking scores.

> More information about Normal matches will be added to the “[Game Guide] Gameplay Modes”.

> The Tutorial UI will be displayed in AI Matches.

> You can turn the Tutorial on or off through the ESC menu.

> You can find it by going to Battle History (menu on top of the screen) > Recent Matches.

> Detailed stats on Solo, Team, and AI matches can be viewed here.

> You can find it by clicking the profile icon in the upper-right corner of the Lobby screen.

> Information such as ranking points, top records, and average records can be viewed here.

- Changed the names of the gameplay modes as follows.

- Improved the matchmaking per tier for Solo games to be more precise.

- Changed the Dark Fog to constrict the Safe Zone to a much smaller size after 23 min. have passed in a Solo match.

> It is important to maintain a high average score for obtaining the changed Ranking Points.

- Increased the automatic HP recovery in the area near the Blackstar by 2 times after the Grace Period ends and the Blackstar appears.

- Decreased the number of points earned for opening sealed items when defeating players from 20 to 12.

- Decreased the number of points required to open sealed items as follows.

- Added Specters of every Hero.

- Changed the appearance of the “Hungry Black Spirit” that appeared out in the fog.

- “Shadow Elite Knight” will now spawn in certain locations after the start of the match. 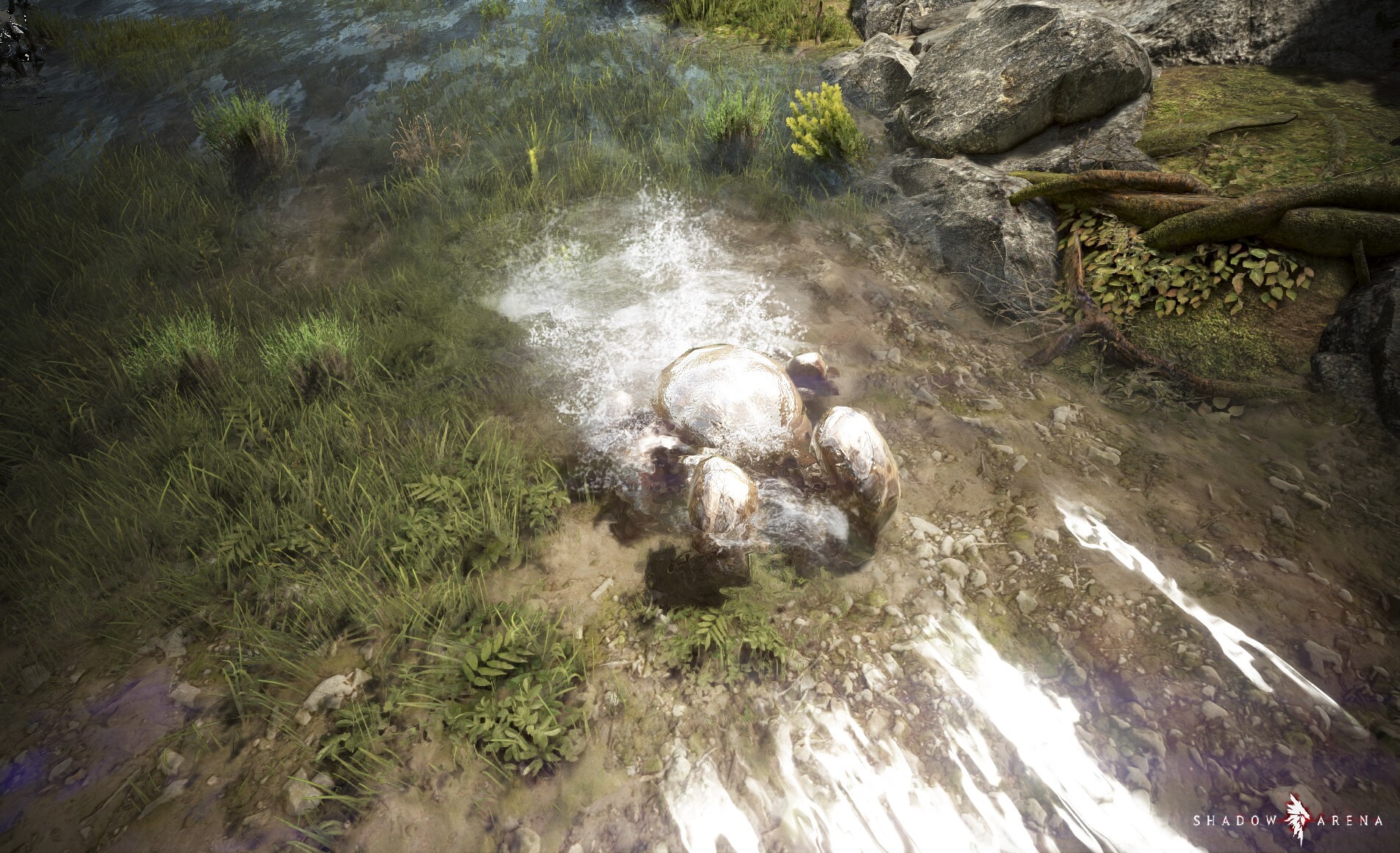 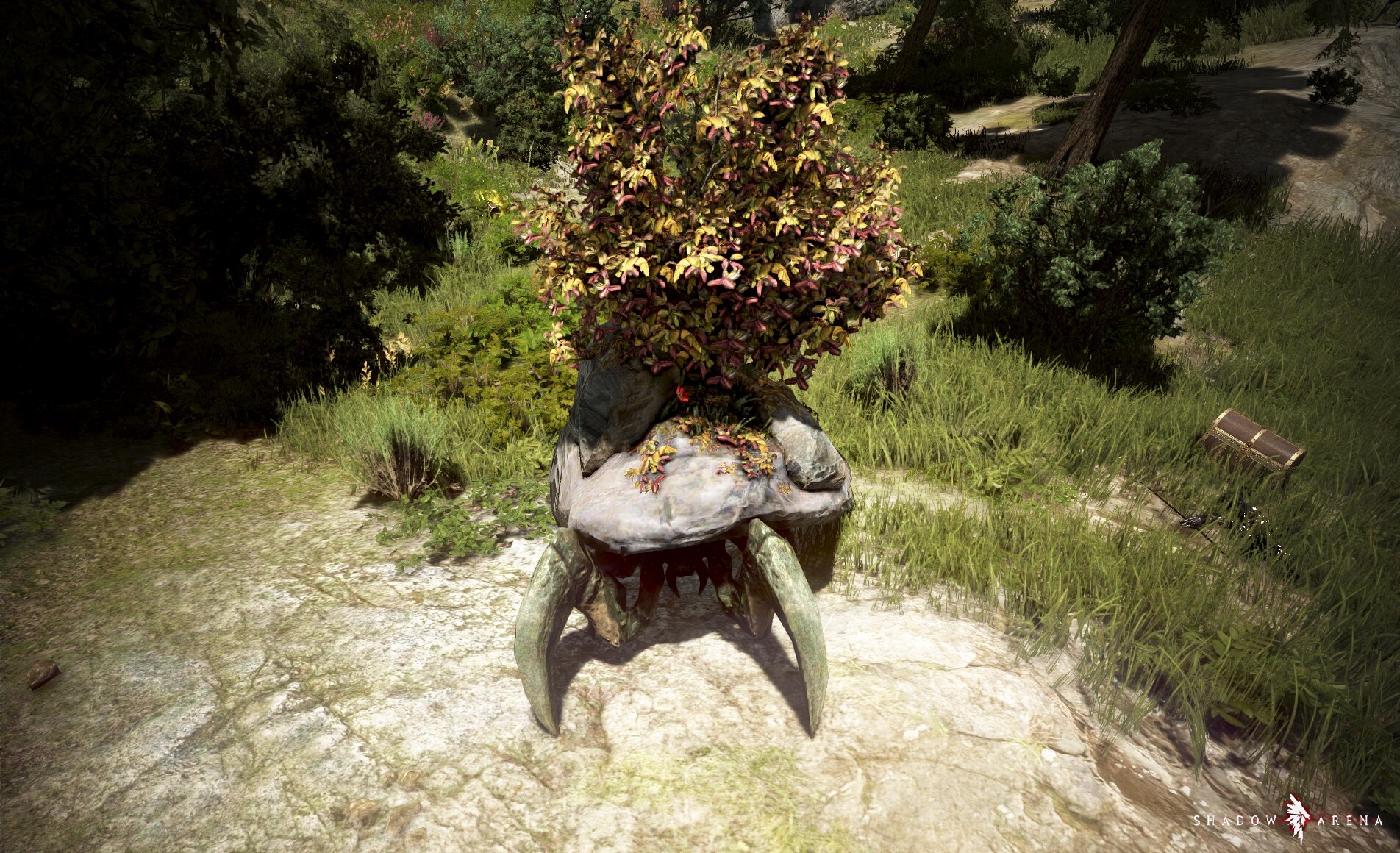 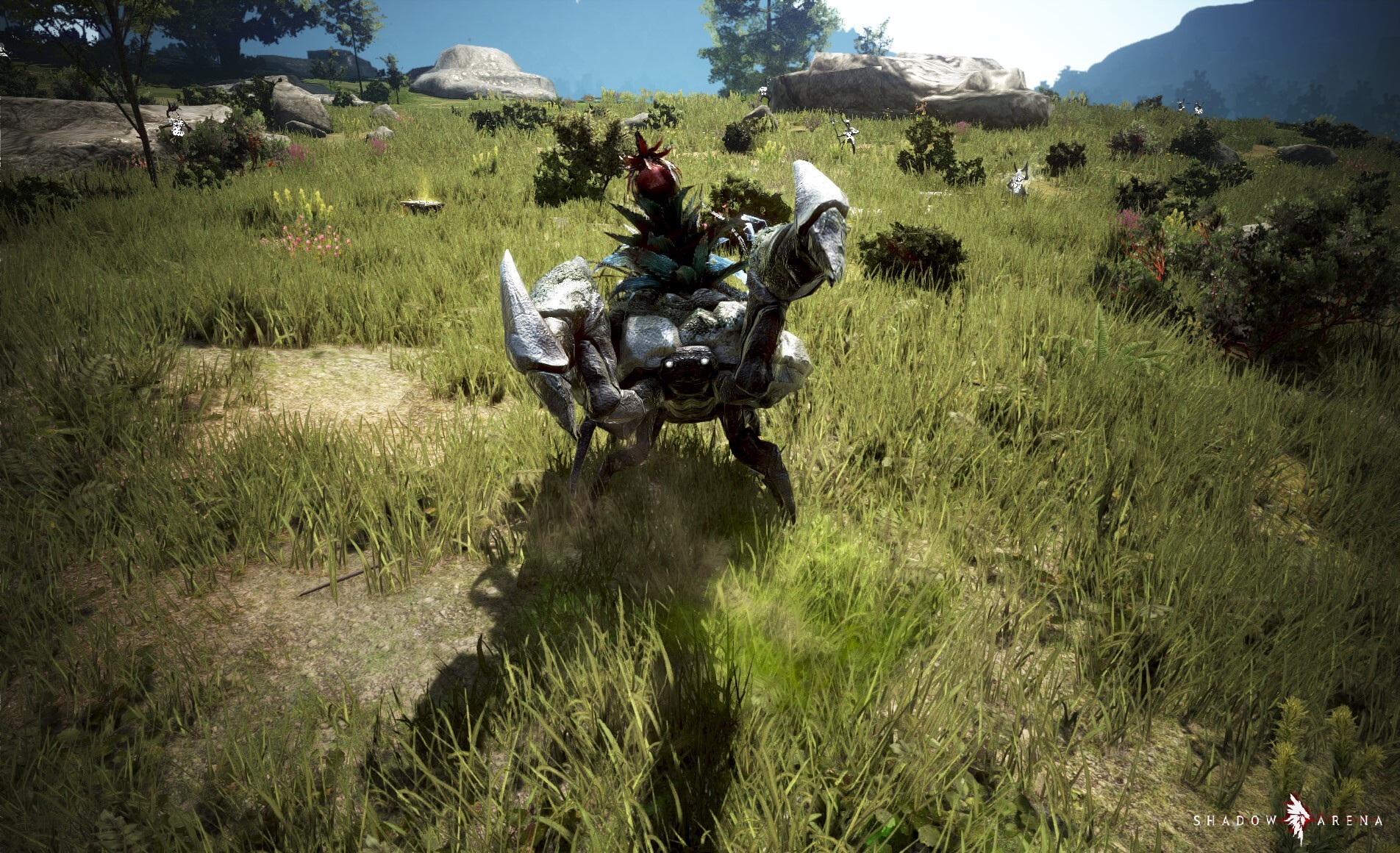 - Increased the number of Shadow Soldiers and Shadow Javelin Throwers spawned in certain areas after the start of the match.

- Changed Ruins Golem to grant a buff that increases skill point gain by +300% when defeated.

- Changed the appearance of Shadow Knights.

- Increased the chance of obtaining the Elixir of Vigilance from defeating monsters by 10 times.

- Changed Lightstone to not drop from Ruins Golems.

- Changed Lightstone to drop from all other monsters.

- Added the following effects to green-grade or higher gear items.

- Decreased the number of HP Potions obtainable by defeating other players from 2 to 1.

- Fixed an issue where Matchlock and Elixir of Vigilance could not be taken to the arena.

- Changed the appearance of the Blackstar which is located in the center of the safe zone. 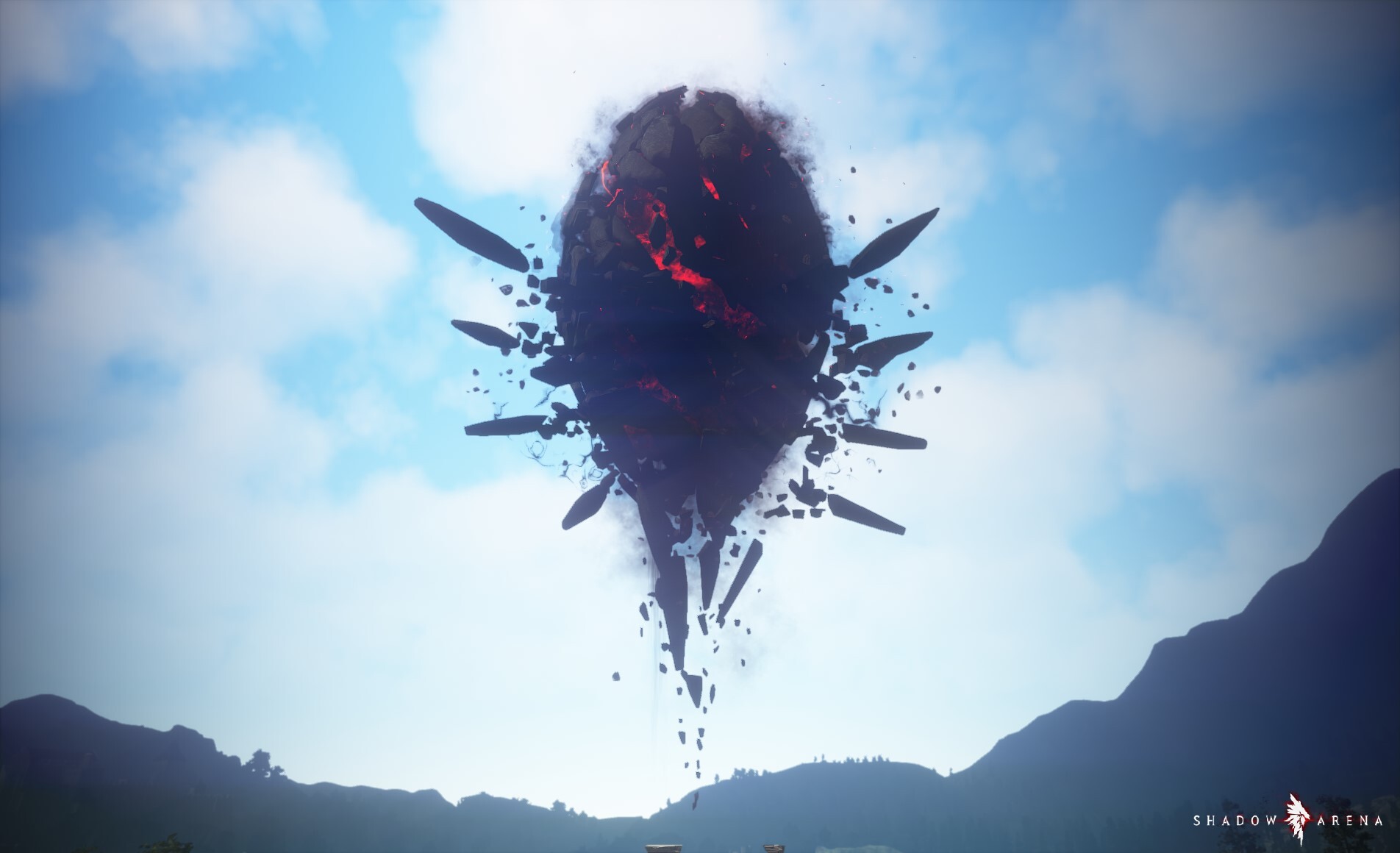 - Changed the appearance of Laytenn. 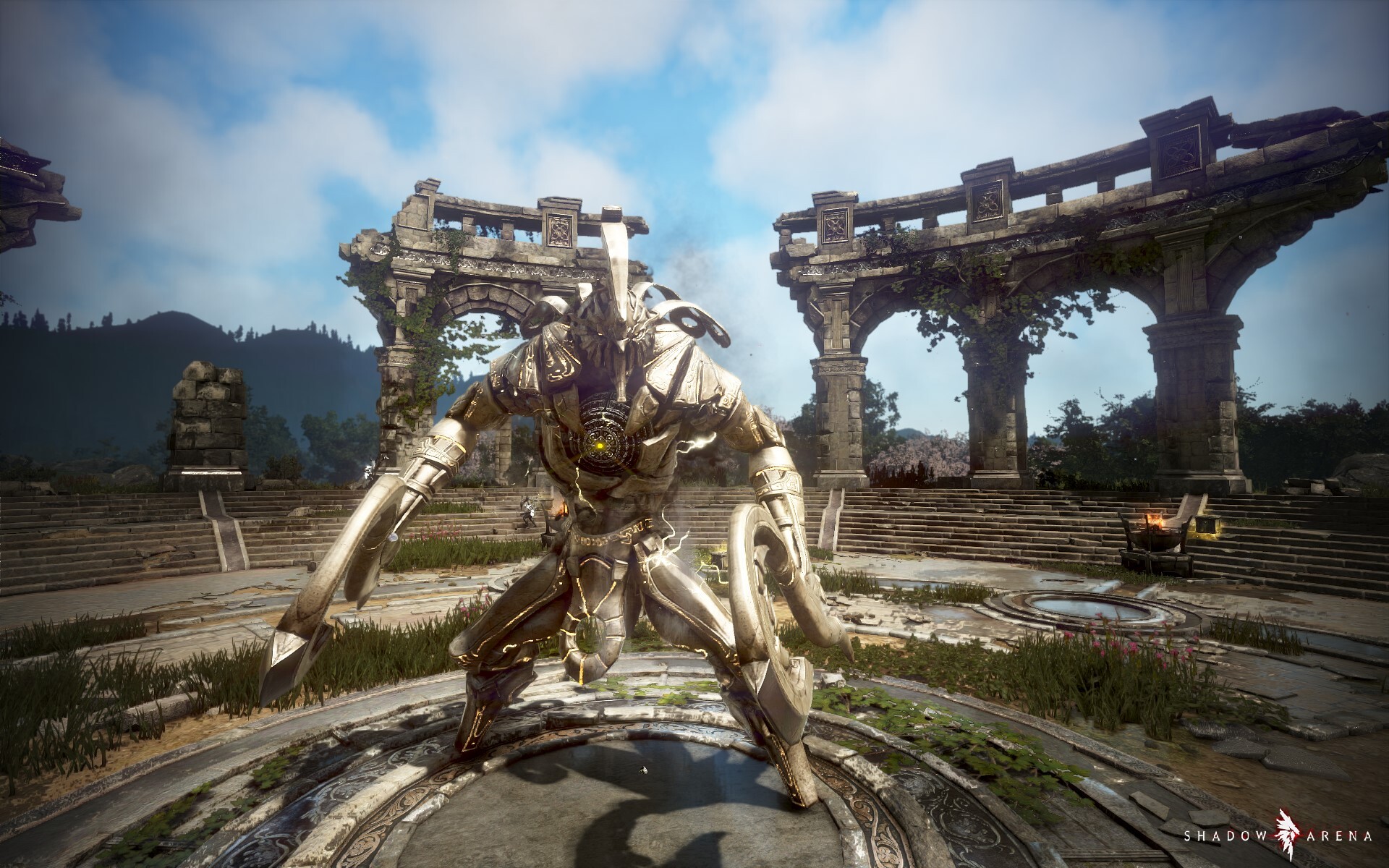 - Fixed an issue where the camera would zoom in and become stuck when controlling Laytenn if you swapped to a higher-grade sub-weapon while firing the laser.