Once the deactivation is completed, you will no longer be able to access the game with this beta key. As a result, if you played the Global Beta (Feb 27 - Mar 9) and the Final Beta (April 17 - April 20) through Steam, you may see a message similar to the one below. 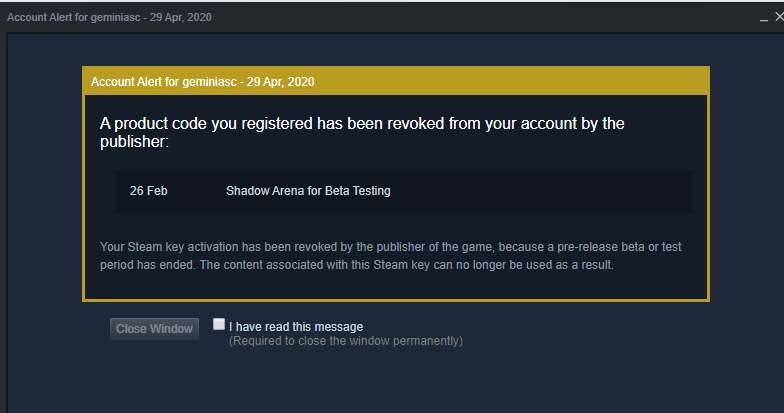 This message indicates that the beta key has been deactivated successfully. Don’t worry though, you will be able to play the game for free without a beta key once Early Access begins on May 21 (Thu).

We’re working hard to present you with a Shadow Arena that is better than ever, so please stay tuned for Early Access! Also, make sure to keep up with the latest news and announcements on our official website and Discord!