Here are the updates made to Shadow Arena during the maintenance on September 3, 2020 (Thu). 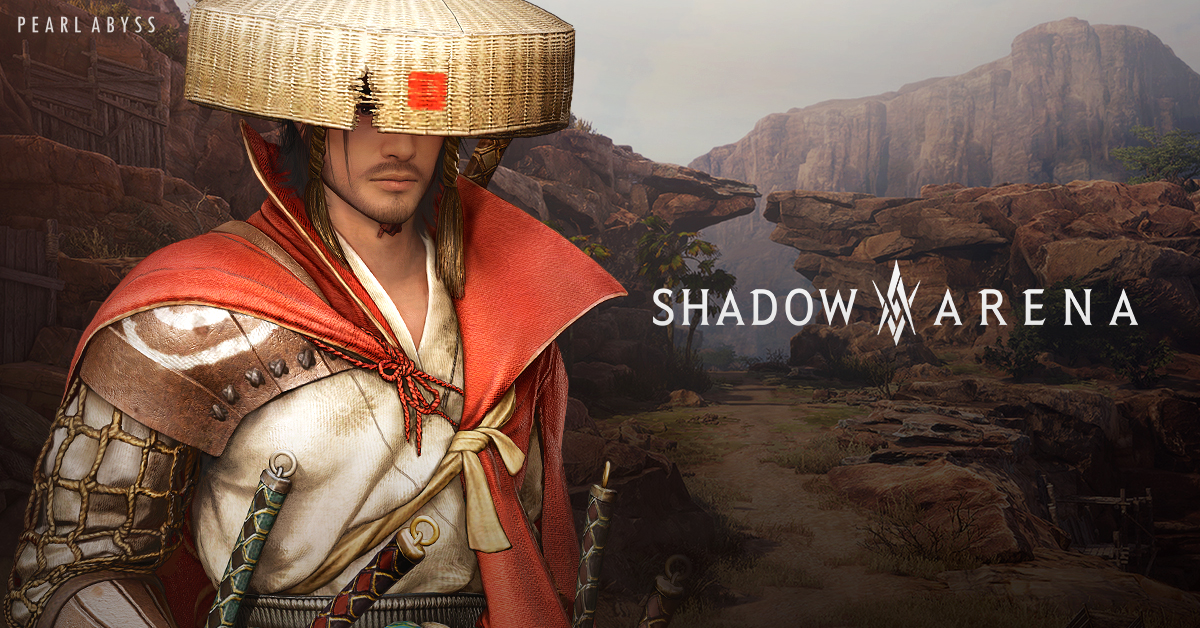 Sura was designed as a stylish melee hero with elaborate attacks. Depending on the skill used, he can prepare his inherent skill (RMB) “Sixth Blade: Free-Form" with a form and he can either use the skill with the current form or wait 8 seconds to reset and prep a new one instead. However, using another skill while a skill is already prepared will not change the prepared skill, so you must always be aware which skill is prepared beforehand.

He is a strong melee hero that can execute a flurry of complex skills that are unpredictable to his foes (and perhaps even to himself), but he is also quite challenging to learn since you have to master each form of his Inherent Skill (RMB) and appropriately utilize them in differing situations.

In addition, once you’re in a safe location after taking down some monsters, Sura will put away his sword if you wait without performing a skill and begin to recover a small amount of HP. Thanks to this ability, you can keep his HP up in-between defeating monsters.

- Changed Dark Shift so that the cooldown resets upon reviving in early phase of a match.

- Changed sound of other nearby Heroes’ footsteps so that they can be heard better than before.

We’ve been working on fixing bugs related to CC (Crowd Control). As a result, we’ve made improvements for several known bugs and other grab related bugs. We also hope to soon fix the bug where flying opponents suddenly stand up when attacked.

- Removed the Super Armor buff that lingered for 1 second immediately after the skill was casted.

- Reduced the skill cooldown from 9 seconds to 6 seconds.

- Changed the skill so that an opponent's attacks can be blocked for 0.3 seconds immediately after the skill is casted with a high guard capacity.

- Changed the skill so that you can perform another action 0.3 seconds after it is used.

Previously, Jordine had a “double guard” where he could block all skills by overlapping his guard and Super Armor. Several ways to take advantage of this to give other skills with Super Armor appeared and we ended up simplifying his characteristics when we tried to limit them.

As a result, we decided to change our direction and expand the shield’s utility by entirely removing the “double guard”, where guard and Super Armor overlap.

With this change he will be unable to block guard break skills, but his combo potential after guard and skill cooldown will be improved.

The basic attack damage buff from last update seemed a bit excessive, so we nerfed its impact on all hits (except the last hit).

- Increased the skill cooldown from 2.5 seconds to 3 seconds.

- Changed the skill so that the 30% damage effect from Ultimate Level does not apply.

- Changed the damage in the skill description to reflect the actual damage values.

There was constant feedback that Ahon Kirus was overpowered and her win rates supported this, but due to the rollback on the roll change last week, we decided not to change her drastically and keep an eye on her for 1 more week.

However, even after last week’s update, she continued to be outperforming, so we reduced the hitbox of Dark Mark (1) and nerfed the Ultimate Level. We also increased the skill cooldown of Phantom Raven (RMB) to make you play more carefully.

- Increased stamina consumption by 27.6% if you are still or walking while stealthed after using Shadow Step.

We feel that we need to restrict Haru’s playstyle where she hides somewhere like a bush while stealthed and observes other players’ battle for an extended period in the late game phase. We have increased the amount of stamina used while stealthed to decrease the maximum stealth duration.

- Fixed an issue where you can jump one more time if you jump when using Fairy Flame while sprinting.

- Fixed an issue where Helix Cannon and Sleeve Tangler remain enhanced even when the buff duration for 2 gates (stacks) of Golden Gate has ran out.

We discovered and fixed a bug related to skills enhanced by Golden Gate (4). Badal has lately been performing well, but this bug may have influenced that, so we won’t make any more adjustments and keep watching for this week.

- Reduced the knockdown duration of Thunderbolt Arrow (1) from 2 seconds to 1.6 seconds

- Fixed an issue where the 2nd arrow would not hit when using Thunderbolt Arrow (1) from a long distance while buffed by Twin Fairy Arrow (3).

- Changed Explosive Trap (4) so it will not explode immediately when they are stacked in same location.

After the change which made it impossible to stack Orwen’s Explosive Trap (4), we felt that leveling up Explosive Trap (4) had lost too much value. So, we are reverting the previous change and allowing the traps to be stacked to increase its utility.

- Increased damage of basic attacks while crouching by 10%.

Compared to his past infamy, Goyen hasn’t really stood out lately. While the continued nerfs and change to Dark Shift (Q) have made it harder for him, we can’t just hastily increase his damage as it could make him too strong. Thus, we’ve made a slight adjustment to give him a slight boost for now.

- Reduced the amount of stamina consumed when switching stance from 30 to 20.

- Fixed the skill to allow Venslar to quickly switch to another skill after the 1st, 2nd, and 3rd hit of the Ultimate Level.

- Only successfully landing a dash attack of the skill’s Ultimate Level will now reduce the amount of time before Venslar can perform a different action.

> The damage for gathering energy 4 times was increased by 21% from before.

We felt that the increase in power for leveling up Venslar’s Blades of Retribution (Courage Stance – 1) was set too high, so we’ve nerfed this skill. To compensate, we’ve buffed the Ultimate Level of Radiant Slash (Courage Stance – 3).

- Increased the damage of Forbidden Alchemy’s explosion as follows.

- Nearby rocks will no longer explode during Forbbiden Alchemy’s explosion.

The patch on August 27th greatly reduced the HP of the rock summoned by Earth Alchemy Stone (RMB), but this made the rock too easy to destroy, so we’ve slightly raised its HP in today’s patch. Additionally, we’ve buffed the damage dealt by the explosion of the alchemy tool summoned by Forbidden Alchemy (4) to somewhat increase the chance of creating unexpected scenarios.

-  Changed the times the Dark Fog will move in Solo, Team, and AI mode as follows.

We felt that the game’s tempo slowed down quite a bit between the mid to late stages (12 – 15 minutes) of a match, so we’ve changed the times for these stages to make the final phase arrive faster. We hope this change will result in more intense fights before the final brawl.

-  AI Bots will now be created more quickly while waiting for Solo/Team matchmaking.

(This change was implemented on a trial basis to the servers starting from September 1, 2020.)

- Changed the minimum number of participants for Team mode to 30. (Before: 20)

- Added an alert sound to play when auto-matchmaking was finished in Team mode.

The fixes today should slightly reduce the chance of meeting a player with a severely wide gap in skill compared to before. We also sped up the addition of AI Bots compared to before to improve the wait time before the match begins. Alongside this, we’ve raised the number of participants for Team mode to 30 (includes AI Bots). (We believe this shouldn’t cause wait times to take longer as we’ve increased the speed AI Bots will be added.)

- Normal match will be unavailable for the time being.

We once again apologize for having to close Normal match. While we re-implemented Normal matches after fixing the matchmaking structure with the start of Round 3, but we discovered a problem with the changed matchmaking format and re-closed Normal match until we remedy it.

- Added guides for Rolling, Dark Shift, and Blink to the tutorial.

- Fixed an issue where you would go underground while moving as a Black Spirit.

- A warning message will now appear when clicking the tutorial button.

- Added a button that allows you to immediately enter an AI match after completing the tutorial.

- Fixed an issue where Hungry Black Spirits do not appear when you are nearby a player with the Mountain Stoneback Crab buff.

- Reduced the rate in which a bot obtains items.

- Fixed an issue where bot or Specter cannot move when a chest is in front of them.

- Changed the duel to start after 1 second when requesting duel to a bot in the lobby.

- Fixed an issue where Shultz bot continues to follow the hero when using Gate Breaker.

- Fixed AI bots to no longer use sprint jump attack while standing in place.

- Changed Shadow Lord: Saigord to not push back Heros while roaring when he first detects the Hero

> The Shadow Lord will have higher HP and AP the later they spawn.

The buff you acquire from destroying a Sealed Relic Tower increases your AP and DP by 150 and is very useful in combat, but facing off an opponent with the buff meant that you can only run away since their high DP prevented them from taking much damage.

As a result, we removed DP and kept only the AP buff so that you can still aim to go after these players with the buff. To balance this change, we have buffed the AP potency and its duration.

- Doubled the rate of obtaining Elixir of Vigilance upon defeating monsters.

- Fixed an intermittent issue where items cannot be obtained upon opening chests or defeating monsters.

- Fixed an intermittent issue where chests around the Hero disappear

> Enjoy a +20% Silver and Mastery boost and free rotation of all Heroes during the event period.

- Changed the rival status message to appear on the right side

- Changed the message that appears when a rival destroys Altar’s Artifact from “xx has been used” to “xx has been obtained!”

- Changed the participant text that appears on upper left side as follows:

- Added a Minimize to Tray option upon clicking the Exit Game button in the lobby.