Greetings, this is Shadow Arena

Here are the latest updates made to Shadow Arena on May 21 (Thu). Check out the addition of the newest hero, Venslar, and the Ancient Weapon Puturum.

- Venslar, a new hero, has been added.

> Venslar is a holy knight who wields a sword and shield; she is a stance-swapping hero who can freely switch from an offensive to a defensive stance

-  Puturum, a new flying, ancient weapon, has been added.

> Ancient Puturum has a low chance of being summoned from the Ancient Altars.

▶ [Go to the Ancient Altar Guide]

> All Heroes can select one skill that is level 3 to raise to level 4 (Ultimate Level) every game.

> 4 Skill Points are required to raise a skill to level 4.

> Level 4 skill effects vary between each hero and skill.

> Once you raise a skill to level 4, your other skills cannot be raised to level 4. 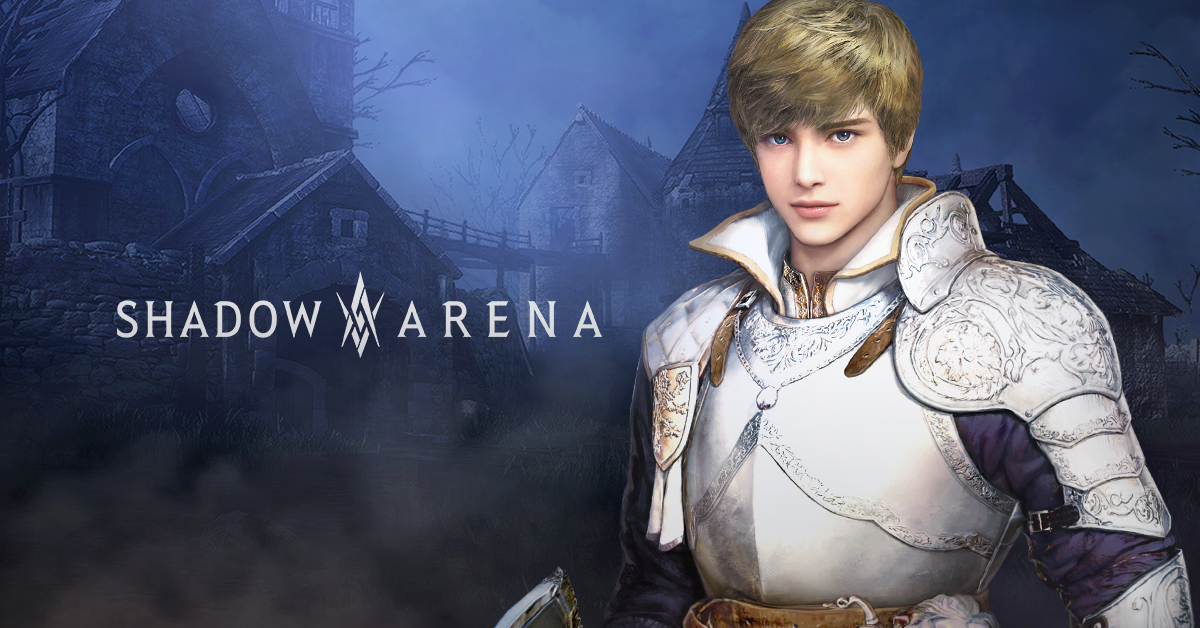 - To mark the opening of Early Access, Jordine will be provided for free until the scheduled maintenance on July 9 (Thu)!

> Check your mailbox at the bottom-right of the Lobby screen!

You can unlock the hero [ Jordine Ducas ] that you got in your mailbox by following the steps below:

◆ How to unlock with the Hero recieved through the mailbox

3) Select Storage at the top of the main lobby

■ Shadow Arena will be starting its Beta Season.

More details regarding this will be provided in an announcement at a later time.

- Fixed an issue where [Shift] + [S] would not remove the Dark Shift status when Dark Shift was active.

- Improved dash attacks to let you attack in the direction you are facing while sprinting diagonally.

- Stun/Freezing status will now be removed when you are hit by basic attacks.

- Changed being hit by basic attacks to no longer remove the CC status when you are mid-air after being blown back by a skill.

- Added “Disarm Defensive Stance” to the description of skills that ignore defense and have the blowback effect.

- Fixed additional damage (back attack) to no longer be applied while mid-air due to a blowback skill.

- Improved auto-run so it can be stopped by pressing the [Caps Lock] key again while auto-running.

- Momentarily pressing [S] + [Space] will no longer cause you to jump.

> Pressing down [S] + [Space] for an extended time will cause you to lie down.

- Sprinting characters will now naturally follow the direction the camera is rotated towards.

> This change was made to help improve position synchronization.

- Improved projectile attacks to hit enemies along its flight path.

- Fixed forward attack so it can be used continuously when made at a diagonal direction.

- Improved W+A+LMB and W+D+LMB to allow forward attacks at a diagonal direction.

- Spear of Serendia (1): Improved the skill’s motion, effects, and sounds.

- Arrow Storm (1): Improved the skill to hit more reliably than before against enemies within 6M.

> Time needed to install the Explosive Trap is reduced by 40%.

- Gate Breaker (1): Fixed the skill’s stun effect sometimes not being applied even though damage was inflicted.

> You will be invincible while in the air, when casting Sausan’s Tremble.

> While casting Bestial Howl, enemy attacks from the front will be blocked.

- Clairvoyance (2): Fixed the skill to no longer be interrupted when being attacked from behind.

> Left-clicking immediately after casting Clairvoyance will knock opponents down.

> Enemies hit by Bond Cut will have their movement speed reduced by 30% for 5 seconds.

> A player will be invincible while they remain in stealth after casting Red Moon.

> Dashing distance is increased by +20% when using Iron Pulverizer.

> HP recovered when using Blood Flurry is increased by 10%.

- Heart Stab (1): Increased the skill cooldown for all levels by 2 sec.

- Heart Stab (1): Fixed the skill’s stun effect sometimes not being applied even though damage was inflicted.

> Dashing distance is increased by 25% when using Heart Stab.

> Target hit with Uproot additional strike will be marked.

> After casting Thunder Rip, you will be invincible and stealthed while in the air.is

> Mirage mark damage is increased by 25%.

- Seed of Ice (1): Decreased the additional damage dealt to enemies frozen by Frozen Dagger (F) from 1.3 times to 1.18 times.

- Fairy Flame (RMB): Skill has been changed as follows:

> Increased the damage of the skill when used while on cooldown by 50%; changed the skill to apply a 20% movement speed reduction for 2 sec. upon hit.

> Decreased the damage of the skill when used while not in cooldown by 10%; improved the skill so it can be used while moving.

- Fixed an issue where the fury buff was not taking effect at below 20% HP.

> Movement speed of enemies hit with Thunder Viper will be reduced by 20% for 3 seconds.

- Fixed an issue where the skill description for Golden Gate (4) incorrectly listed the enhancement for Thunder Breaker (3) as x3 instead of x2.6.

- Sleeve Tangler (2): Increased the skill cooldown for all levels by 2 sec.

- Asura Tread (RMB): Fixed to prevent the character from turning towards the camera direction when casting the skill.

> Damage of Helix Cannon is increased by 28%.

> Sleeve Tangler - You can perform an extra attack with precise timing, while the skill is enhanced.

> Thunder Breaker - You can perform an extra attack even without precise timing, while the skill is enhanced.

> Guard will be maintained when casting Golden Gate.

> Obtained titles can be found under the Achievements > Title menu. You can select a title to be displayed above your nickname in-game.

- Fixed the in-game mailbox to let you check the contents of mail and receive any enclosed items.

> Items purchased from the Shop will be moved to Web Storage; items stored in the Web Storage can be sent to your in-game mailbox.

- Changed AI Matches to have a difficulty level setting.

> Improved AI Matches to allow you to request a dual with a Bot to practice with while in the Waiting Room.

> Note: Using a Social Action will reduce your character’s DP by 100 for 3 seconds, and consecutive social actions will cause the DP reduction effect to stack. 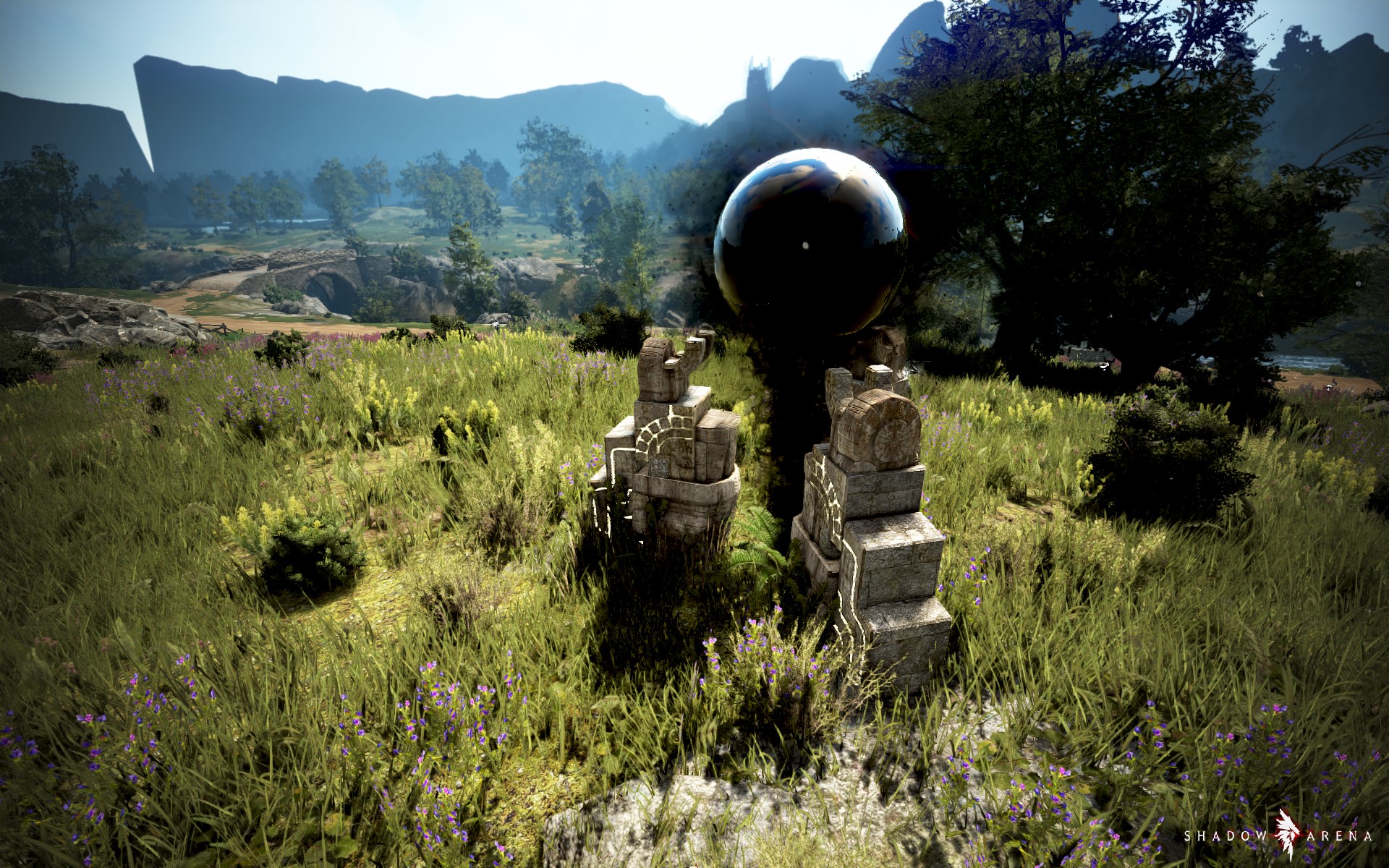 > When a match begins, 5 Jump Gates will be created in random locations. These Jump Gates can be seen on the World Map and minimap.

> Entering the center of a Jump Gate will transform you into a Black Spirit and launch you in the direction you are facing.

> If several Heroes enter a Jump Gate at the same time, all of them can be transformed into a Black Spirit.

> If a Hero enters a Jump Gate and is transformed into a Black Spirit, the Jump Gate will be deactivated for 1 min. 30 sec. and reactivate afterwards. Jump Gates can be activated up to 4 times.

> When a Jump Gate is activated, specters will spawn at that location. 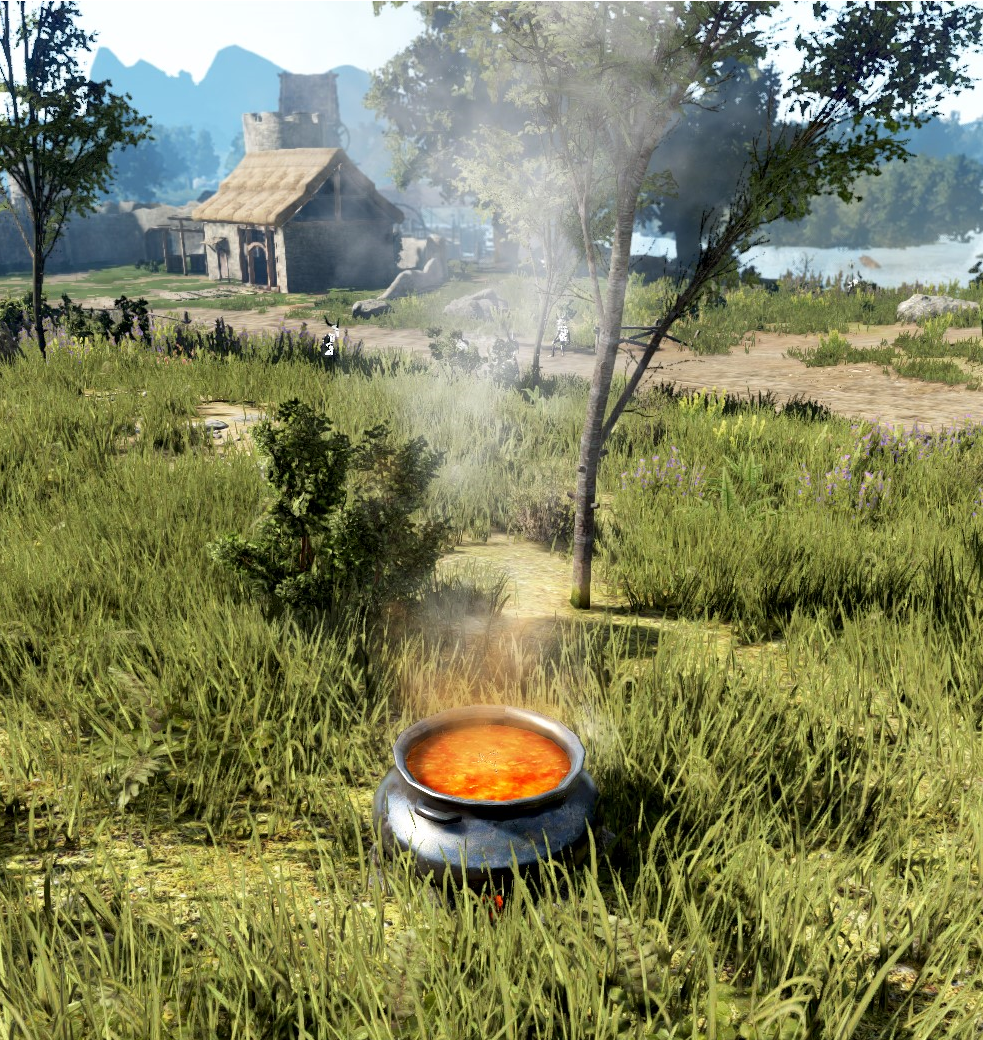 - Increased the AP of all normal monsters.

> Increased the AP of melee monsters by 50%.

> Increased the AP of ranged monsters by 20%.

- Decreased the chance of early-phase elite monsters (Shadow Elite Knights) appearing by 50% and increased their health by 1.8 times.

- Changed Shadow Knight Elites to make consumable items unobtainable by defeating them, and only make blue-grade or higher gear be obtainable.

- Increased the duration of the increased Skill EXP buff received when defeating Ruins Golem from 30 sec. to 1 min.

- Increased the health of Stoneback Crabs by 50%.

- Increased the duration of the +700 AP monster damage buff received when defeating Steppe Stoneback Crab from 3 min. to 5 min.

- Changed the buff for defeating a Demi River Stoneback Crab as follows:

>  This Control Guide will be shown when you are riding Laytenn or Puturum.

- Changed the mount and dismount motion for Laytenn.

- Added the Voice-over Language Settings in the Settings menu.

> You can select between Korean/English/Chinese languages for the Blackstar Announcer and Hero voice-overs.

-  Added unique voice-overs for each Hero when completing the missions to obtain sealed items.

- Added and changed the music that is automatically played on the title, lobby, and loading screen.

- Improved the game screen to show your connection delay speed (latency) status at the upper-right of the screen.

- Added a feature to let you reset or save your Skill Enhancements.

- Changed the Ranking screen to show the current changes in ranking points.

- [Team Match] Added a tiered matchmaking system that matches teams according to tiers and skill level.

- Fixed an issue where the hit motion wasn’t being shown when being hit by a Shadow Mercenary.

- Fixed the frozen effect not being visible on AI monsters.

- Changed the hotkey for the Skill window from [Ctrl] to [K].

- Improved the Skill window so it can be only viewed while pressing the [K] key.

- Improved the Skill window by making it display the skill descriptions of all levels when mousing over a certain skill.

- Improved the Hero selection screen by making it possible to select Skill Enchantments.

- Changed the Hero Selection screen to let you switch between selectable heroes using the [W] or [S] keys.

- Fixed an issue where you could not get out after falling into certain areas.

- Improved the Lobby to let you use the [ESC] key to bring up the menu screen.

- Reduced the intensity of the sunlight reflected in the background.

- Fixed an issue where the screen would sporadically brighten or darken.

- Added the ability to change the mouse sensitivity in-game.

- Added a feature to allow you to adjust the in-game brightness and contrast.

- Added a feature to let you redeem coupons in-game.

- Fixed an issue where you could not attack or be hit while in a gap between a tree or rock.

- Changed the appearance of Specter monsters.

- Fixed the weather to no longer change during a game.